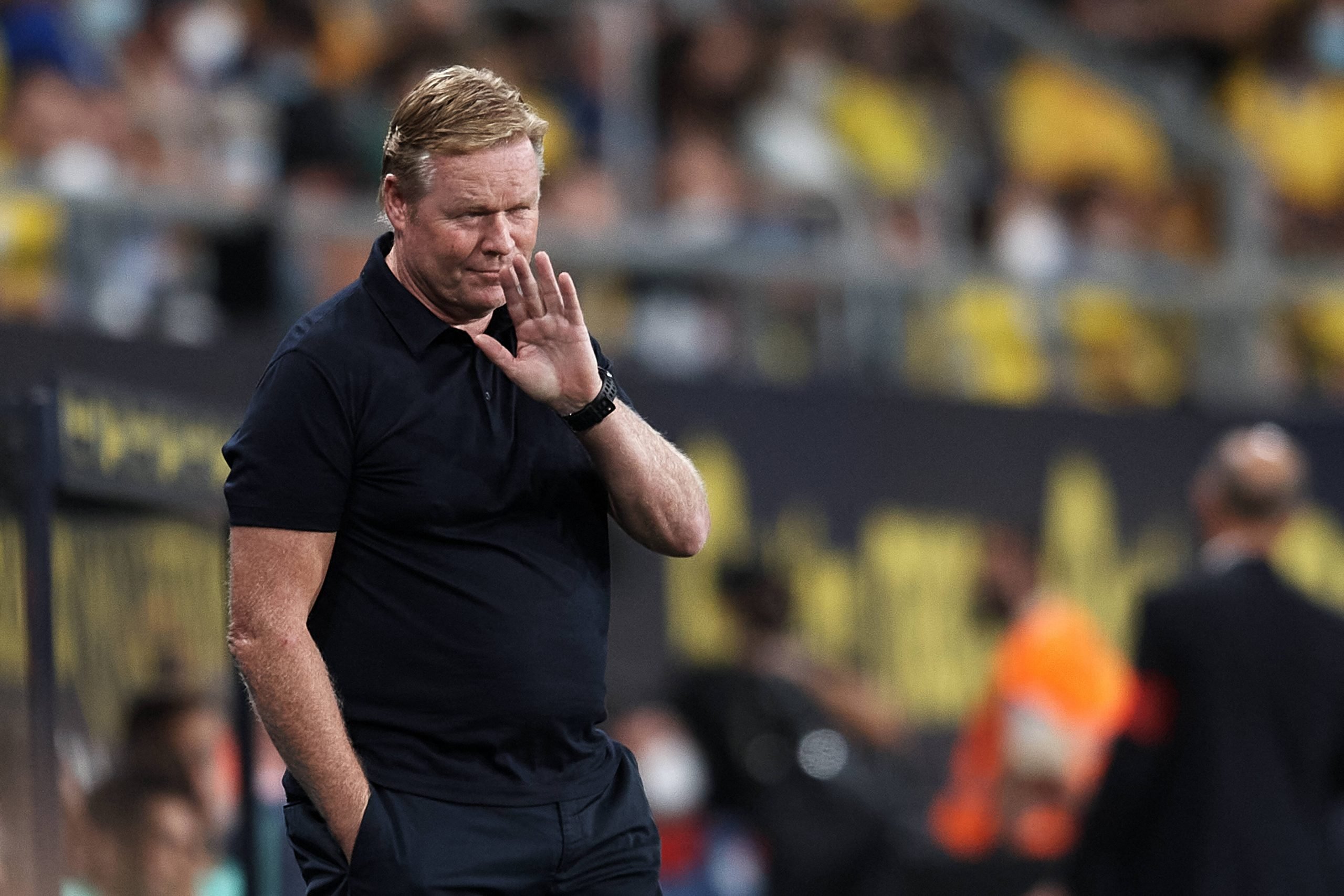 Things just do not seem to be going the way of Barcelona manager Ronald Koeman at the moment. The team has been performing below par, results have been poor over the past week, all of which have led to the rumours of him getting the sack.

Amidst all this, there is a fresh issue that the 58-year-old Dutchman will have to deal with. As relayed by MARCA, Koeman has been hit with a two-match touchline ban by the Competition Committee of the RFEF after his sending-off in the game against Cadiz.

In what was a frustrating outing for players, fans and the manager alike, Barca were held to a goalless draw by the minnows away at Estadio Nuevo Mirandilla on Thursday night. With things not going his team’s way, Koeman let his emotions get the better of him on the touchline.

Throughout the contest, the ex-Everton boss had been spotted complaining and arguing with officials over decisions. And the referees ran out of patience with his antics in stoppage time, showing him a red card and sending him off to the stands after Koeman protested a yellow card against Sergio Busquets late in the game.

“In this country, they send you off for nothing! I asked why and he said ‘attitude, attitude’ … we better leave it,” the manager had said about the incident speaking after the game.

Now, an official sanction has been made against the Barcelona manager, with the Competition handing him a two-game ban, which means Koeman will not be on the touchline when his team faces Levante this weekend and reigning champions, Atletico Madrid, a week later.

In addition to Koeman’s sanction, the Competition also confirmed that midfielder Frenkie de Jong will be suspended for one match after his two yellow cards resulted in a sending off against Cadiz. Barcelona’s appeals against both decisions, as well as the Busquets’ yellow card, were dismissed by the committee.