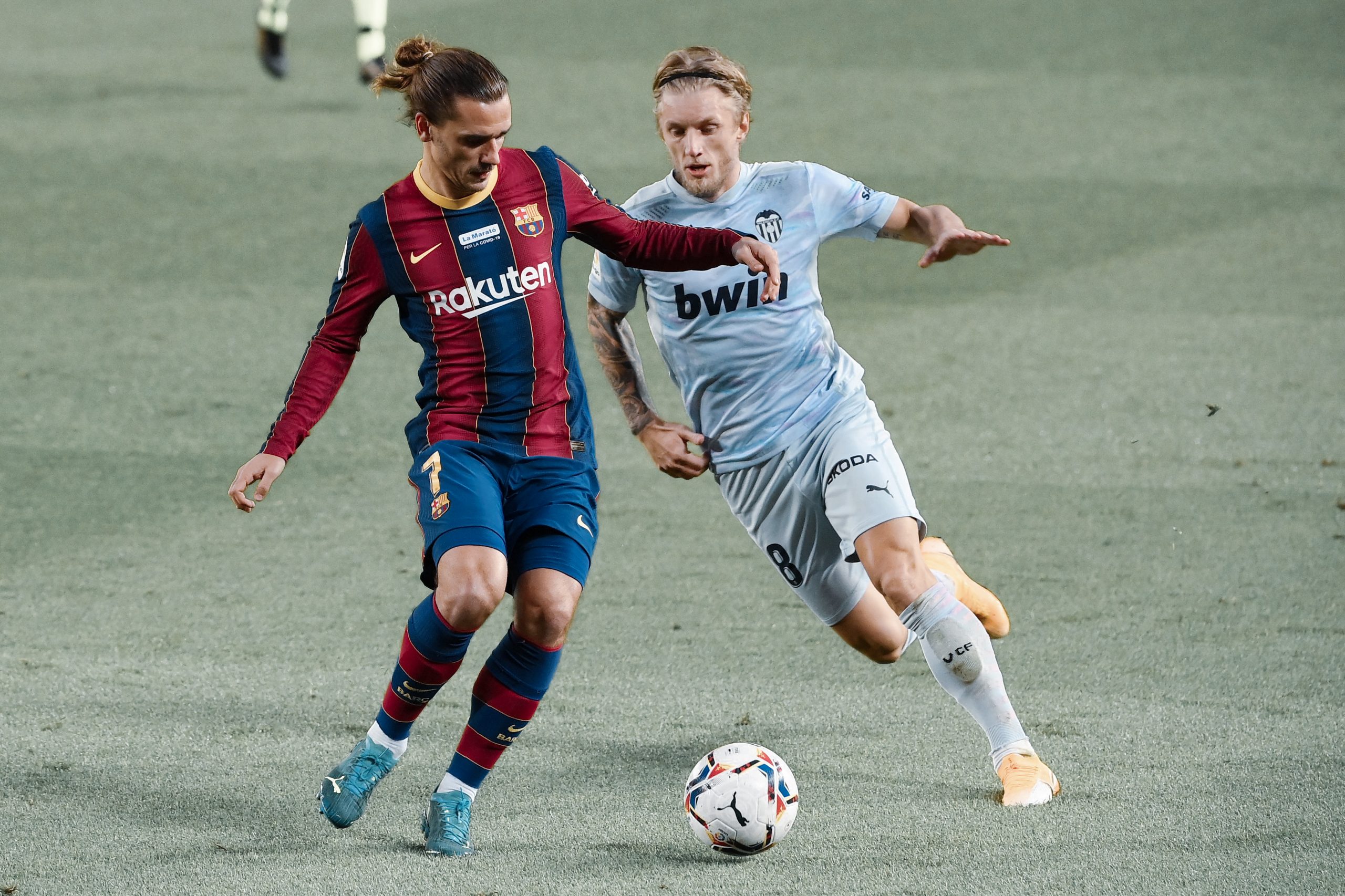 Barcelona have announced the lineup that will take on Eibar at the Camp Nou for gameweek 16 of the La Liga. Unsurprisingly, after Barça’s dominant outing against Real Valladolid, Ronald Koeman continues with a three-at-the-back formation that brought him success.

With Lionel Messi out of contention owing to an ankle injury, the onus has dropped on Antoine Griezmann who occupies one of the two attacking midfield spots alongside Pedri. Martin Braithwaite will lead the line for his fifth consecutive start.

Behind them, the only change comes in the form of the left wing-back, where Junior Firpo comes in to replace the suspended Jordi Alba, who picked up his fifth yellow card against Valladolid. Sergino Dest occupies the wing on the opposite side, with the duo flanking Miralem Pjanic and Frenkie de Jong in a double pivot.

No changes with regards to the backline, either, as Clement Lenglet and Oscar Mingueza start on either side of Ronald Araujo. They will be screening Marc-Andre ter Stegen, who picks up the gloves for the Blaugrana.

This is arguably the best team Koeman could have started for this game, especially in the absence of two of his most important players – Messi and Alba. Griezmann is the senior-most attacker in the teams and starting in his natural position, today can be the day he wins, and hopefully solidifies his spot in the Barcelona setup.