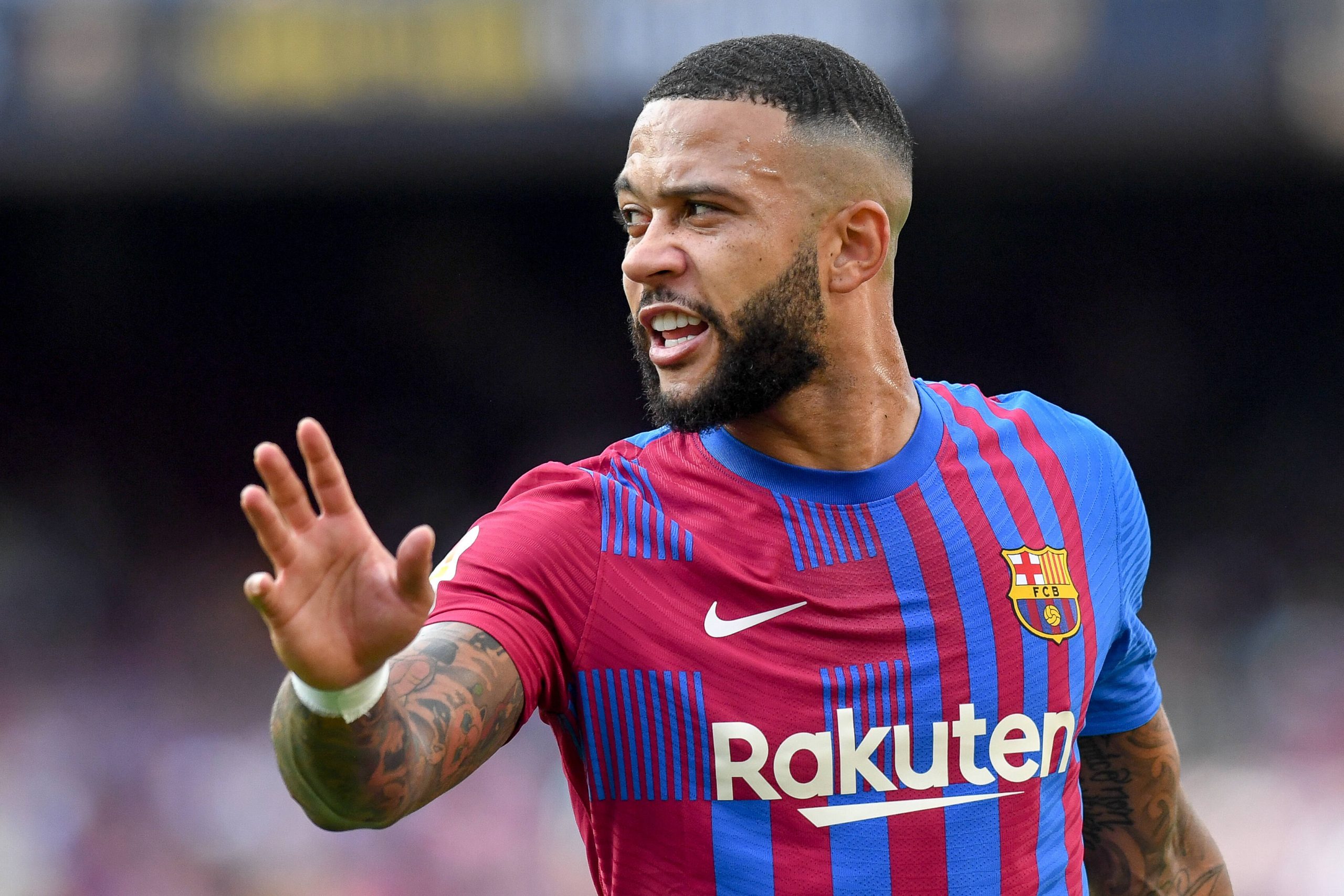 Barcelona overcame their winless and goal-less three-game rut with a 3-0 win against Levante at home this weekend. They will be hoping for more of the same tonight, as Ronald Koeman has selected his starting 11 for battle against Benfica.

Memphis Depay starts up top alongside Luuk de Jong in what looks like a 3-5-2. The duo were partnered by Philippe Coutinho on the weekend, but the Brazilian has been left on the bench tonight.

The centre of the park features Sergio Busquets as the holding midfielder. He is flanked by Frenkie de Jong, who missed the game on the weekend. On the other side, 17-year-old Gavi is benched for Pedri, who returns from an injury.

Sergino Dest will bear the responsibility of providing width from the left while Sergi Roberto starts on the right.

Ronald Araujo was rested on the weekend for the Champions League, and gets the nod in defence alongside Gerard Pique, who’s also enjoying a good run of form, and Eric Garcia in a back-three. Marc-Andre ter Stegen will hold the fort from the box.