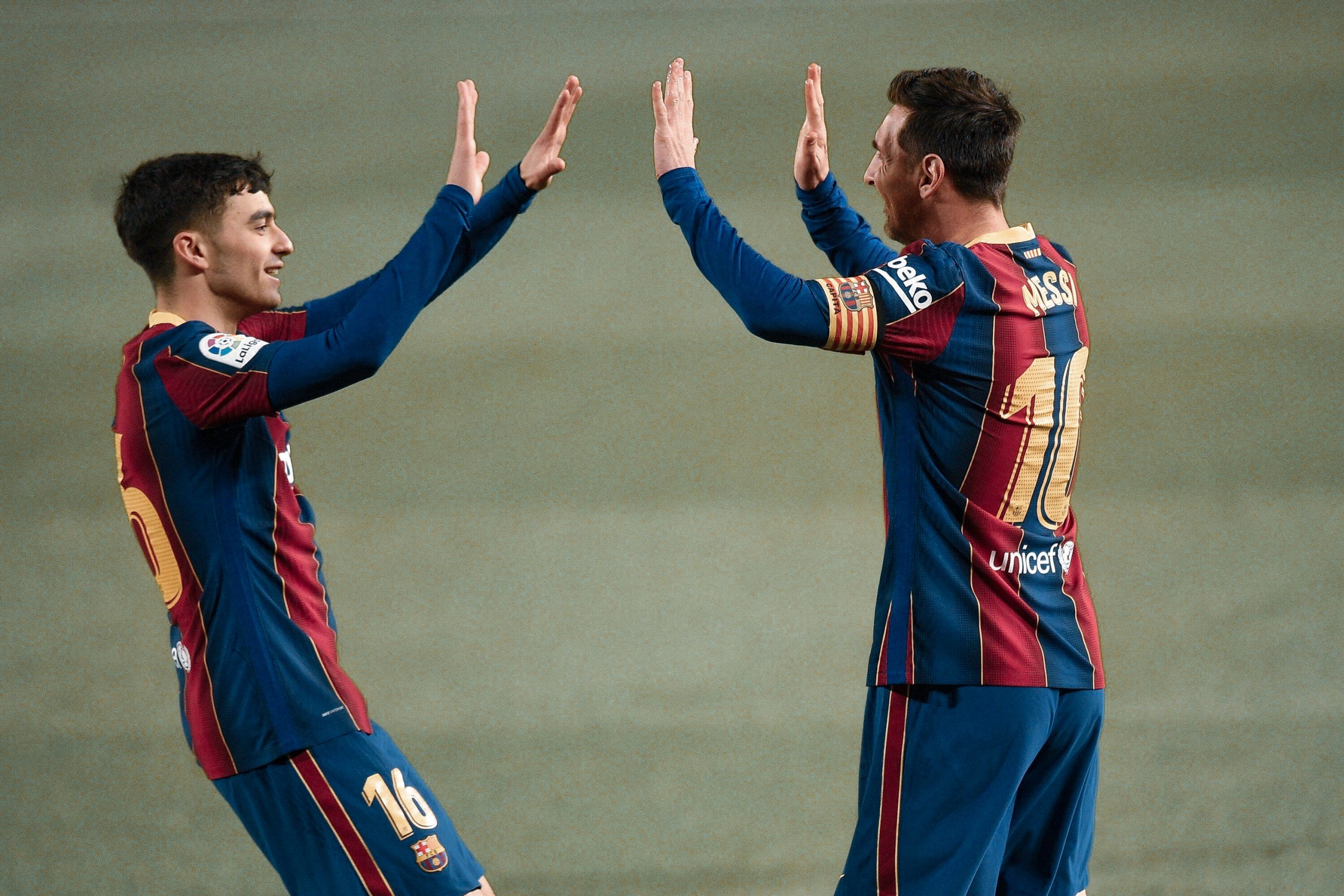 Barcelona are finally at the end of the rocky mountain that has been La Liga 2020/21. With a top 3 spot all but sealed, officially, the club has announced its troops that will travel to the Ipurua Municipal Stadium to take on Eibar. The club will hope Luis Suarez can, once again, rescue points for Atletico Madrid, taking the title away from Real Madrid.

Pedri and Lionel Messi are not named in the squad list, and will not be travelling. Both of them have been granted permission to skip the final game, and start vacation early, given the Euro 2020 and Copa America is set to take place in June.

Marc-Andre ter Stegen misses out as well, and has opted out of the Euros as well. He underwent therapeutic intervention on his knee, which will keep him out for three months at the bare minimum. Clement Lenglet is suspended after picking up a red card vs Celta Vigo, while Sergi Roberto picked up an injury vs Levante, and does not make the cut, either. Konrad de la Fuente, though, has been called to fill in the spots.

There will be several changes in the starting XI tomorrow, with the likes of Riqui Puig, Junior Firpo, Samuel Umtiti, and hopefully even Konrad getting minutes. It was also the perfect opportunity to call up Alex Collado, but it seems Koeman has decided otherwise. Here’s hoping Barcelona end the season in a blaze of glory.