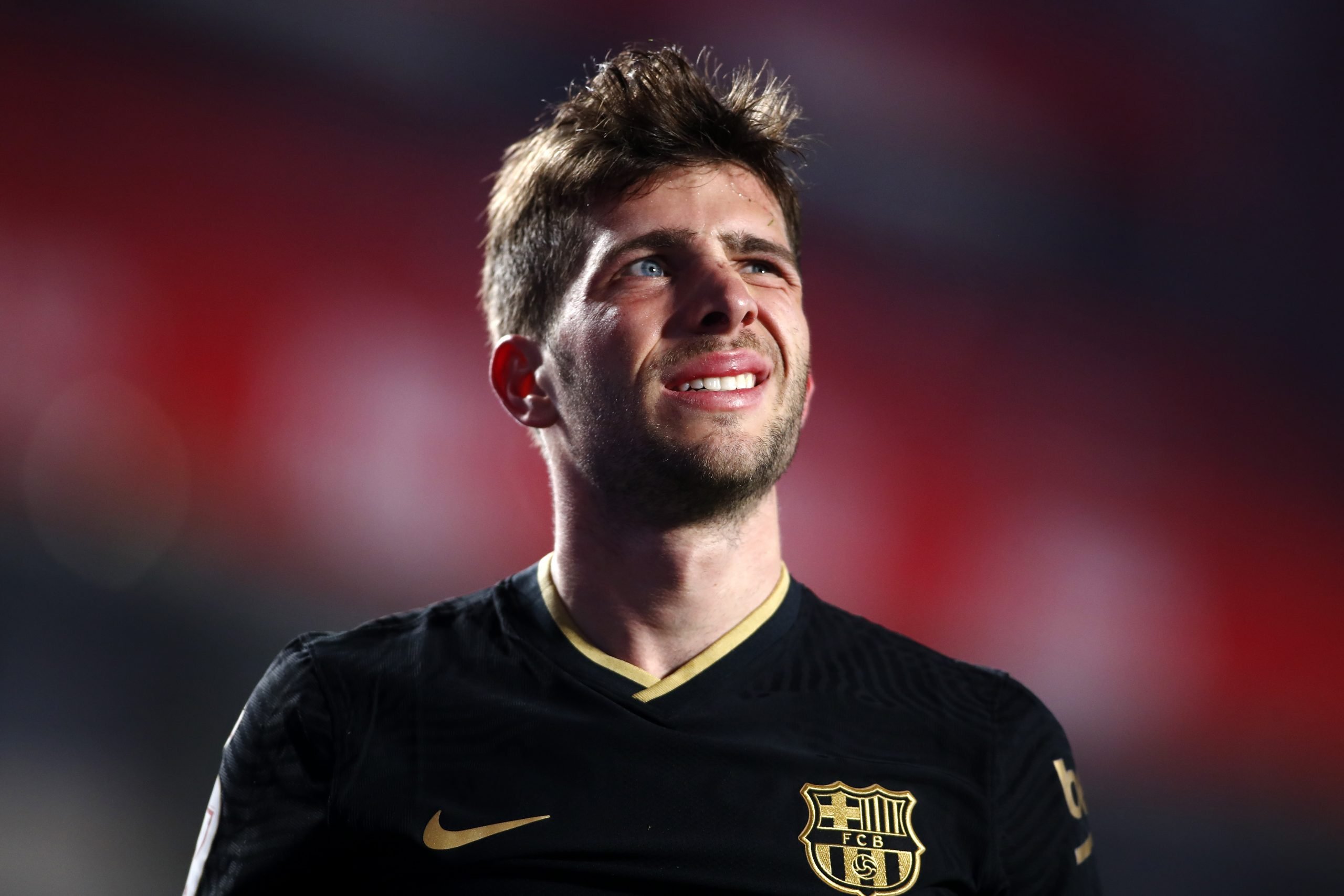 Barcelona return to the action in La Liga, in what is yet another away game on the back of a superb comeback win against Granada in the Copa del Rey quarters. Ronald Koeman has named a 21-man travelling squad with a few changes in the list. The most obvious one seems to be that of Sergi Roberto, who picked up another injury in midweek. Luckily, Sergino Dest seems to have returned to full fitness.

Junior Firpo, too, has been named in the squad, with reasons for his absence in the Copa unknown. That said, there is little to no chance of him starting anyway, especially after Jordi Alba’s world-class display against Granada.

Oscar Mingueza is the only B team player that has been called up, with Konrad de la Fuente and Ilaix Moriba not getting the chance to travel to Seville. Samuel Umtiti travels, as well, despite an underwhelming performance against the Andalusian outfit.

Koeman has hinted at applying some rotations to his team, especially after the robust month they had gone through. Miralem Pjanic and Riqui Puig could get starts, while Mingueza may get the chance to start in his favoured centre-half position. That said, one can expect an open game given Real Betis’ attacking flair. The last encounter against them ended in a seven-goal thriller, and tomorrow might be nothing less.