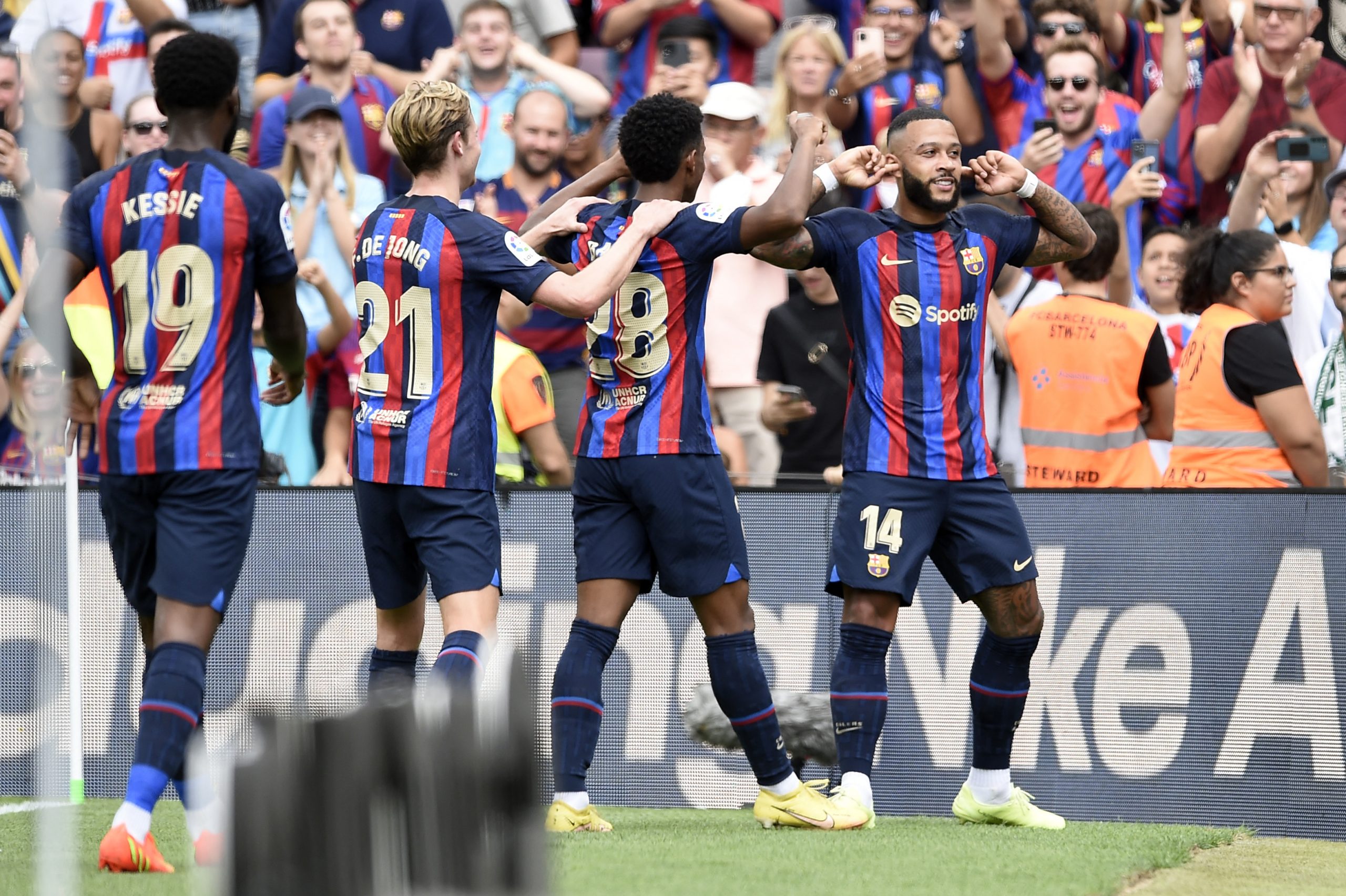 Barcelona bounced back from their midweek defeat in a strong manner as they eased past La Liga bottom-feeders Elche 3-0 at Spotify Camp Nou.

A brace from Robert Lewandowski and a strike from Memphis Depay were enough to seal a comfortable win against the minnows who were reduced to ten men very early into the contest.

The victory sends the Blaugrana to the top of the La Liga standings and Depay spoke after the game and reacted to the result, saying: “Our mentality is good and I’m happy for that.”

“It’s very important to keep winning. Even if we lost the Munich match, this spirit has to continue. Today we had lots of chances and we should have scored more,” the Netherlands international added.

On making the most of a rare starting opportunity for himself, Depay said: “I’m happy to score. When opportunities come to me, I try to contribute to the team.

“I know what I can offer, and I show that in training. I’m happy to be given a chance today. I’m not playing much this season, but I’ll keep on working in the same way.”

“I need more match rhythm to give my best for the team. I know I have the ability. I’m happy to go the national team now, then come back with the desire to win titles in this club,” he further added.

Speaking about the manoeuvre he made leading to his goal, Memphis said: “When I was a child I played in the streets a lot. In tight spaces, you need to use some smart things. I have some skills in my pocket, and that was one of them.”

The Dutchman also opened up on the chance to play with Lewandowski and Ousmane Dembele, saying:

“Lewandowski is a smart player. He knows how to move around the pitch. When I occupy a space, he knows where to move. I got the chance to link up with him and Ousmane today, and it was very nice.”

Ronald Araujo also spoke to the media after the game and spoke about his action of jumping over the club logo so as to not step on it close to half-time, saying:

“I respect Barça so much. I will always jump over the emblem out of respect. Everyone knows I’m the biggest Barça fan.”

Ronald Araujo: "I respect Barça so much. I will always jump over the emblem out of respect." pic.twitter.com/wZi7z7U1b2

On the midweek defeat, he said: “It was a real shame that we lost to Bayern, as we gave everything that we had. We need to focus on our work and continue working.”

On the team’s improved defensive performances, the Uruguayan added: “We’re a team that is still in development, I think that is obvious. Our goal as defenders is to keep a clean sheet, and we’re doing well.”

The defender also added that it was important that the team learn from last season and get better, as he said: “We know that we have to fix the mistakes from last season.”

On the performance, Araujo said: “We’re playing very well, and we’re on the right path. We needed to win and we did it. Sooner or later the goals would come, it was about patience.

“The most important part of our matches is to keep a clean sheet. Then, with the quality we have up-front, they will make the difference.”

The team will now have a two-week international break, during which as many as 14 players from the squad will fly off to represent their respective nations. Once they return, Barcelona will be in for a packed schedule through October.