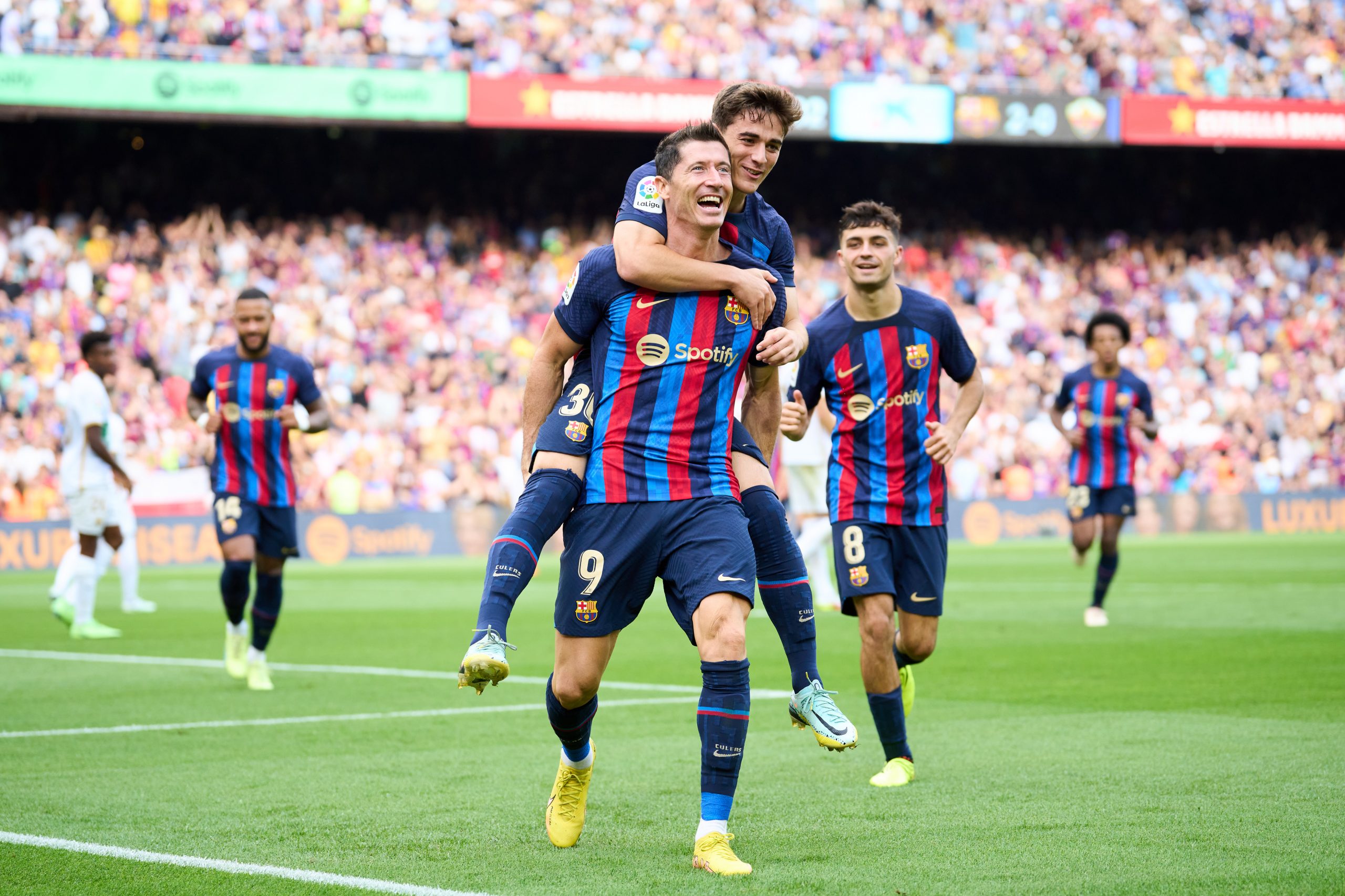 The sixth matchday of La Liga saw Barcelona take on relegation-threatened Elche at Spotify Camp Nou. It was the Blaugranas’ first game after their defeat to Bayern Munich in Germany, and all eyes were on the hosts to see how they would respond on the night.

Xavi started Frenkie de Jong and Franck Kessie alongside Pedri in midfield, while Memphis Depay got a rare start in the final third. Meanwhile, Eric Garcia and Ronald Araujo started as the centre-backs, with Jules Kounde and Alex Balde as the right and left backs, respectively.

From the very start, Barcelona dominated not only the possession but also the game. The Catalans spent nearly 80% of the game on the ball, with Elche’s possession limited to sporadic minutes across the ninety.

The game got an anti-climactic twist in the fourteenth minute, giving Xavi’s side a clear advantage. Gonzalo Verdu saw a straight red card after denying Robert Lewandowski a clear goal-scoring chance, and the visitors were reduced to ten men.

It was only around the 25th minute that the Catalans had their first clear chances of the night. However, there was no turning back once Barcelona turned up the heat.

The hosts got their deserved lead in the 35th minute through their talismanic striker Lewandowski. The credit for the goal should go to young Alejandro Balde, who sent the ball into Lewy for a simple finish.

Just six minutes later, Barcelona got their second goal of the night. The move once again stemmed from Balde as he sent in a perfect pass to Depay in front of the goal. The Dutchman casually wriggled past his man before turning and hammering the ball into the roof of the net.

It seemed like the Blaugranas got their third goal of the game in the 44th minute when Pedri got onto the rebound of Lewy’s shot and sent it into the back of the net. However, VAR ruled the goal out for offside.

The second half could not get off to a better start for the hosts as Lewandowski quickly put them 3-0 up in the 48th minute. A loose ball from Depay’s attempt fell at the Pole’s feet, and the striker casually placed it into the bottom left corner.

The Catalans had many chances to make it four. Lewy could well have seen his second hat-trick of the season. Yet, Elche somehow held on to the three-goal deficit and defended deep.

Xavi’s substitutions on the night included Gavi, Ansu Fati, Hector Bellerin, Raphinha and Ferran Torres. Needless to say, the changes came as fresh air for the team as all five players had a significant part to play in the second half.

The game finished 3-0 in Barcelona’s favour and temporarily sees the Catalans atop the La Liga standings. All eyes will now be on the Madrid derby tomorrow to see if Diego Simeone’s side can take points off Real Madrid.