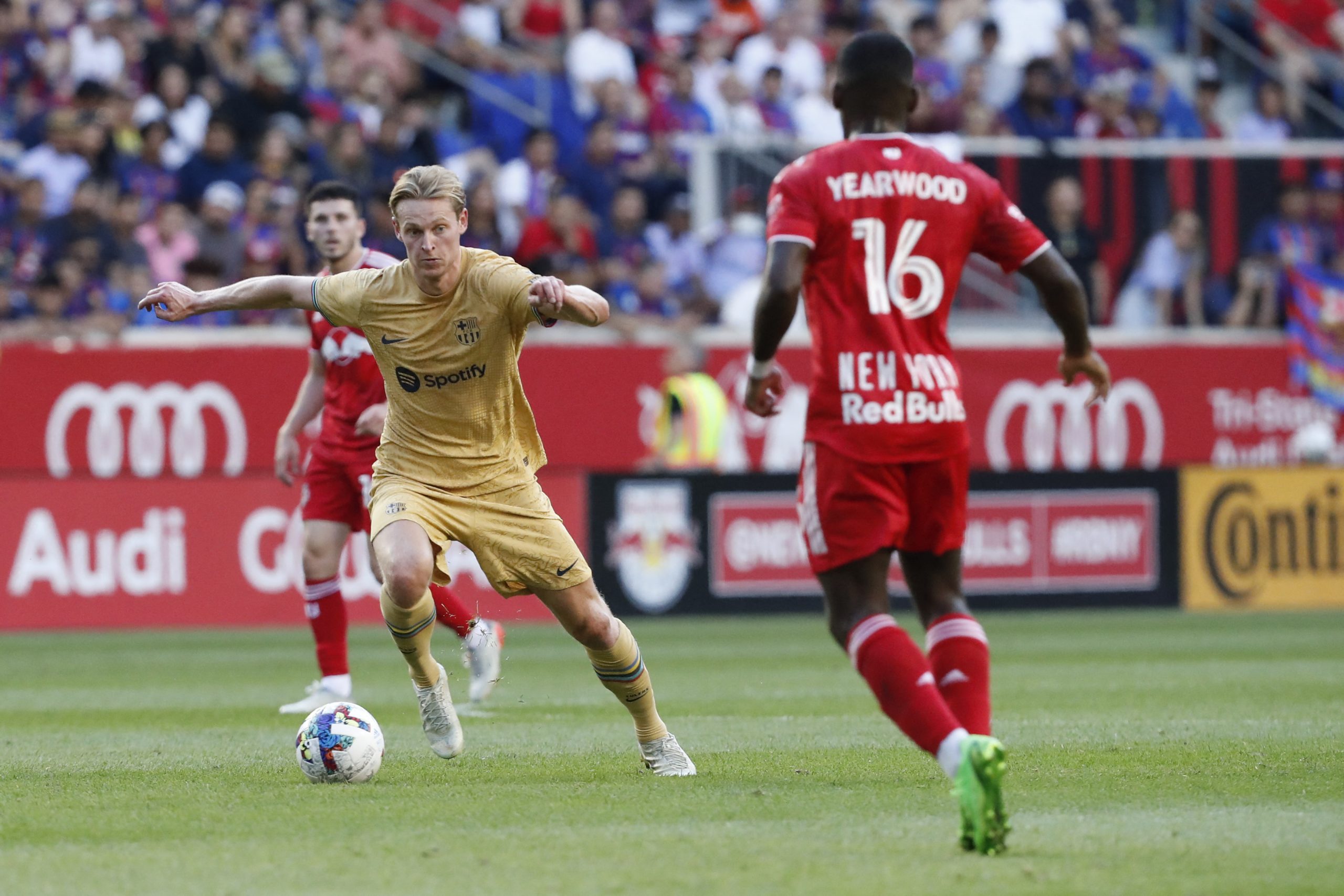 As reported by SPORT (h/t Daily Mail), Manchester United are ready to step up their pursuit of Frenkie de Jong by offering him a mammoth contract as well as paying his deferred wages at Barcelona.

Manchester United have made de Jong their primary transfer target for the summer transfer window and have been pushing to sign him for almost two months now. New manager Erik ten Hag is keen on reuniting with his former AFC Ajax ace, but the feeling is not reciprocated.

Despite Barcelona and Manchester United having reached an agreement over an €85 million transfer, de Jong remains reluctant to leave the Blaugrana.

The 25-year-old is not convinced by the project at Old Trafford as they are not playing in the Champions League next season while there seems to be some unrest within the squad amidst speculations surrounding the future of Cristiano Ronaldo.

Despite the midfielder’s disinterest, Man United are not willing to give up on their pursuit of the Netherlands international.

As per the report, the 20-time English champions are ready to submit a massive contract offer worth £450,000 per week for de Jong, which would match his current salary at Barcelona. Such a deal would make him the highest-paid star at the Premier League club.

On top of that, Manchester United are also ready to pay him the deferred wages that Barça owe him for the past three years, which amounts to £17 million.

Even with such an attractive financial package on the table, de Jong could still be unwilling to consider a move to Old Trafford, as he is settled in Barcelona, while the lack of Champions League football continues to be a major roadblock.

However, Manchester United officials are planning to hold final talks with the midfielder’s camp to try and convince him to move from Barça.

The Catalans, for their part, are intent on offloading him as his departure would create valuable room on the wage bill. To that end, they plan to directly inform the midfielder that he must leave the club at the earliest possible.

But with de Jong firm on his stance, questions remain about whether this move sees the light of the day.