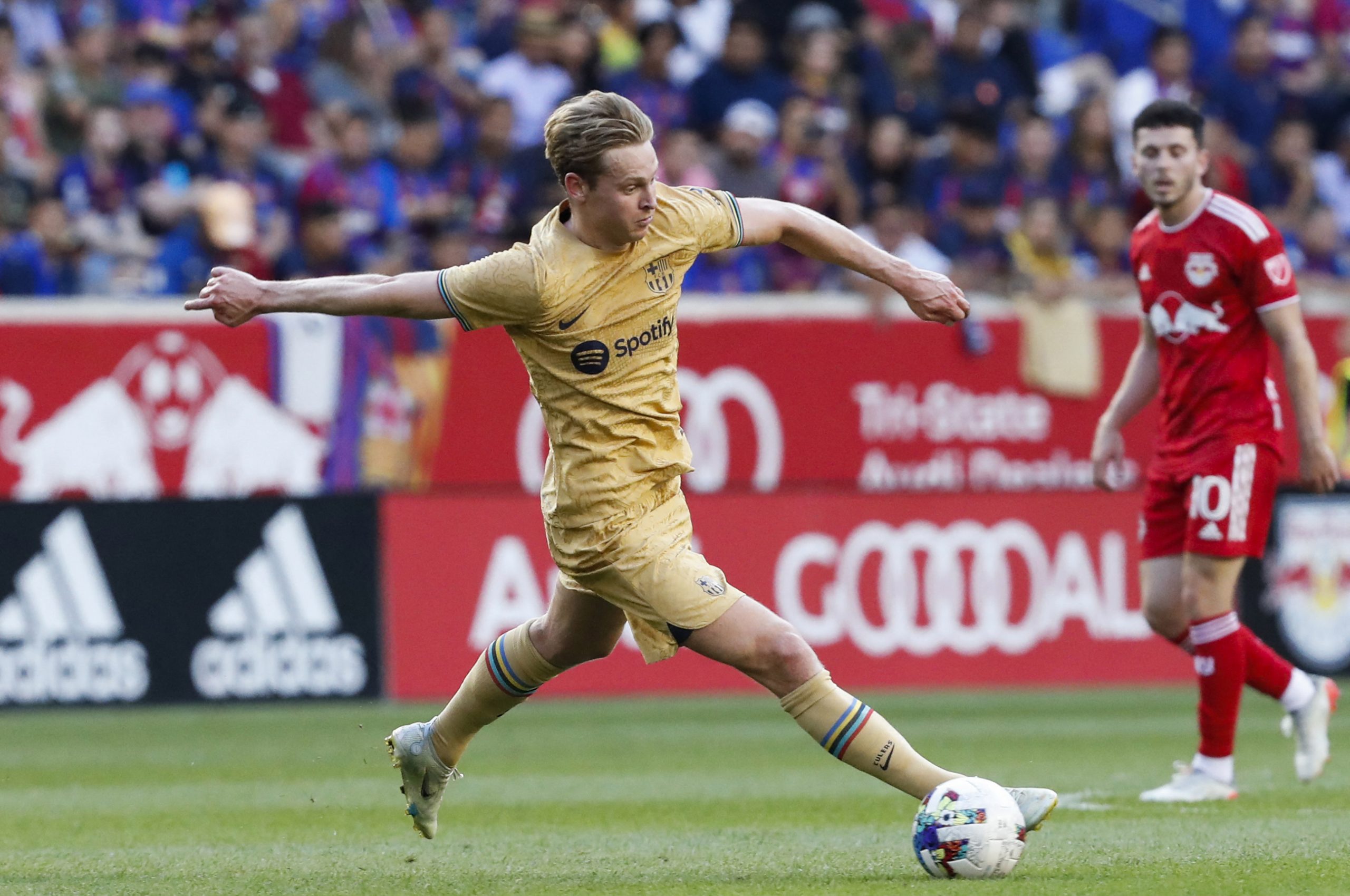 With the new season not far away, Barcelona need to register their new players at the earliest possible. And in order to make that happen, the Blaugrana need to ramp up their efforts to clear out the deadwood from the squad.

Oscar Mingueza has departed the club but the Catalans need to find destinations for Samuel Umtiti, Riqui Puig, Neto and Martin Braithwaite.

Apart from the quartet, another name that continues to be linked with an exit from Camp Nou this summer is Frenkie de Jong.

The Netherlands international has been a regular in the side since his arrival three years ago. However, his massive wages and reluctance to take a pay cut to conform to the club’s new wage policies are posing a major issue for the Blaugrana.

Selling de Jong would ease a lot of problems for the Catalans with regard to the registration of new players while also helping the club generate funds. But, so far, the 25-year-old has been reluctant to leave Camp Nou.

And Cadena SER is now reporting that Barcelona are planning to tell de Jong clearly and directly that he needs to leave the club at the earliest as they need to speed up the departures to register the new players.

Barça and Manchester United already have an agreement in place for the transfer of the Netherlands international. However, he is reluctant to leave the club for the Red Devils as they are not participating in the UEFA Champions League.

President Joan Laporta continues to insist that de Jong will not be leaving and remains an important part of the team. However, the club’s actions seem to hint otherwise. And with Barça now planning to issue an ultimatum to the midfielder to leave, it could prompt a change in his stance.