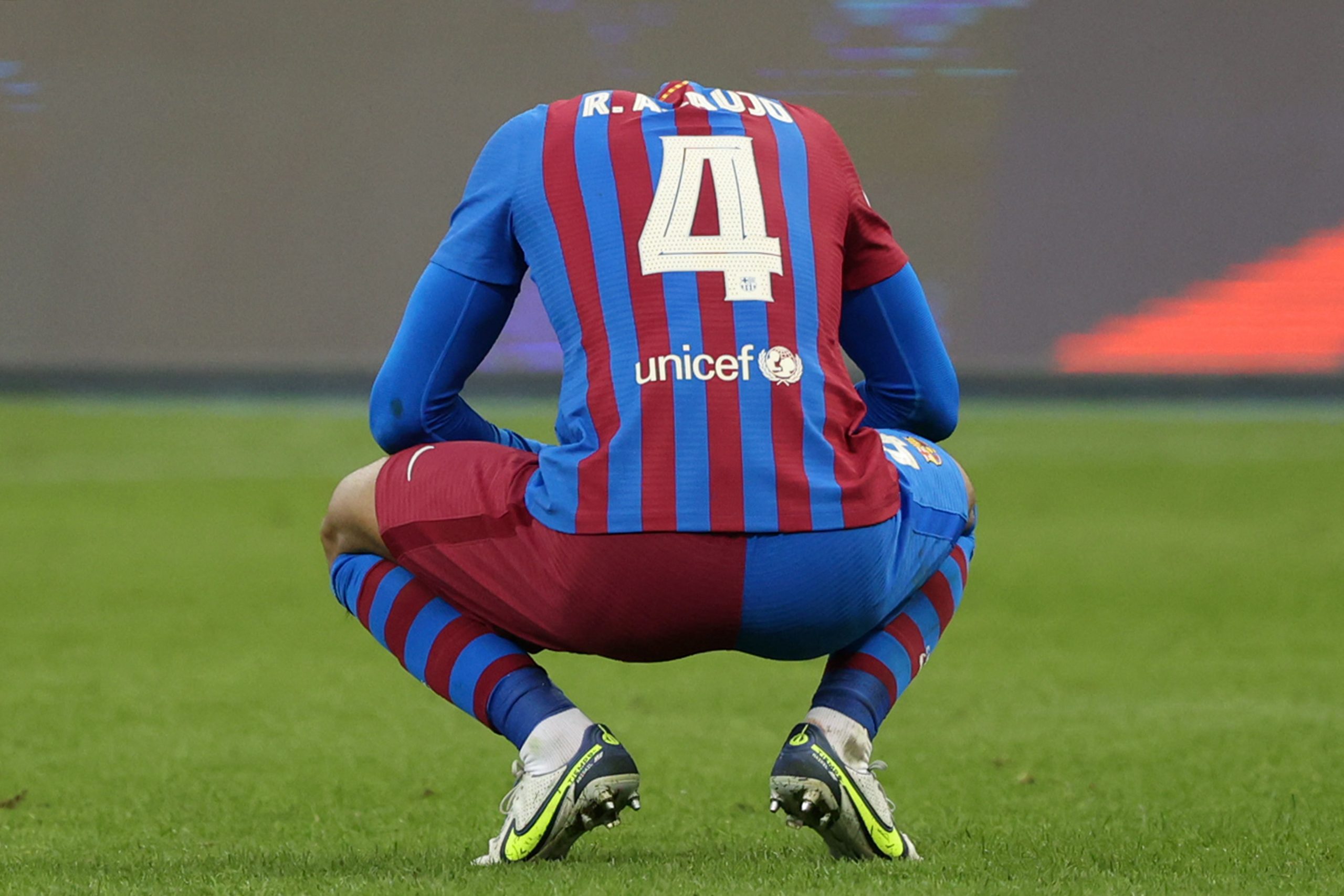 Beyond the permanently fluctuating case of Ousmane Dembele, Barcelona have bigger contractual renewals to settle. Ronald Araujo is in the final six months of his contract at Barcelona. While the situation of the Uruguayan is not as complicated as Dembele’s, it warrants the club’s immediate attention nevertheless.

Araujo’s impressive displays over the past season have not gone unnoticed. Earlier, Liverpool and Chelsea were said to have their eyes set on the centre-back. Now, there is a new contender: Manchester United.

The Red Devils launched a €30 million offer for the Barcelona defender, but Joan Laporta did not think twice before rejecting it. Now, according to El Nacional, Ralf Rangnick’s side are said to be ready to pump their offer to €50 million.

At Barcelona, the youngster’s departure is not even considered an option. Araujo has been so solid for the Catalans in defence that his renewal has now taken the top priority. Moreover, the 22-year-old wants to continue in Barcelona, with his only condition being a boost in salary.

Yesterday, the youngster’s salary was revealed to be south of €1 million. Currently, amongst the lowest wage earners on the side, the player’s request for a raise is not a big ask.

Of all the U23 centre-backs in Europe’s top five leagues, Araujo averaged the highest duels won per 90 this season at 77%. He put up an impressive display against Real Madrid less than a week ago with two screws in his metacarpals after a hand surgery.

There is little doubt that the 22-year-old must be rewarded for his quality and commitment. If the renewal is agreed upon, the Uruguayan seems set to be a part of Barcelona’s setup for at least the next decade.