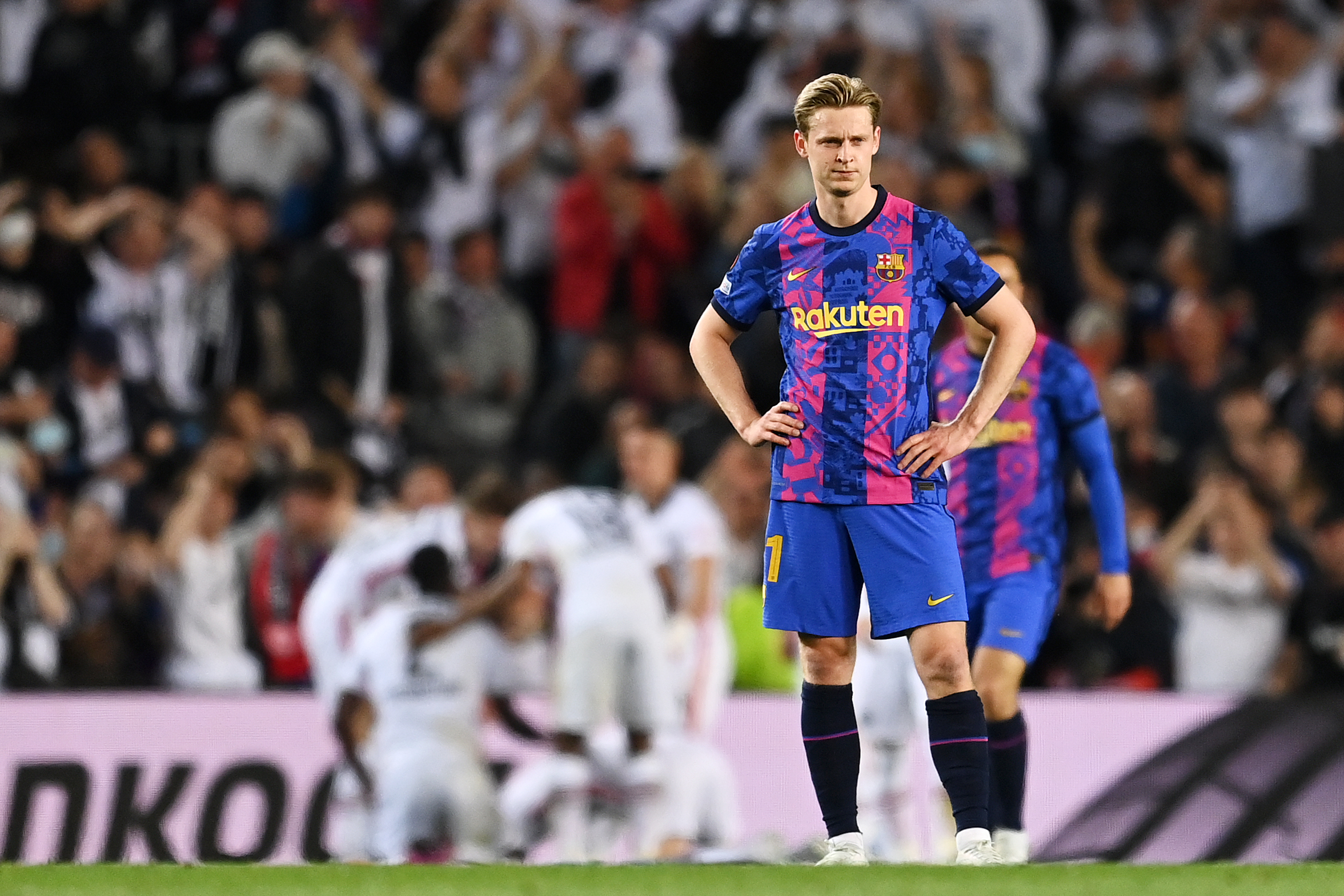 As reported by ESPN, Manchester United have warned La Liga giants Barcelona that they will not shell out an over-the-top transfer fee for Frenkie de Jong as negotiations over a transfer continue.

De Jong has emerged as a priority transfer target for Manchester United this summer, with new manager Erik ten Hag intent on a reunion with his former AFC Ajax protege.

After an initial reluctance, the midfielder has also given an indication that he might consider moving to Old Trafford, leading to negotiations between the two clubs over a possible switch in the summer.

Barcelona are open to a sale as they wish to offload the Netherlands international for a big sum, which can help them generate income and help with their current financial situation.

However, there is a fear within the Manchester United camp that Barça are trying to ‘hike’ the transfer fee for de Jong in a bid to address a major part of their economic issue by just one sale – that of the Dutch midfielder.

And, the Premier League giants have thus issued a warning to the Blaugrana that they will not pay excessive fees for de Jong and are prepared to walk away from the deal if they feel that the Catalans’ demands are getting over the top.

The report further mentions that the talks have accelerated recently as de Jong has shown indications that he would be open to the transfer in the summer.

PSG had shown an interest in the former Ajax prodigy when Barcelona offered him around to top teams across Europe. However, things have gone quiet on that front, with Manchester United standing alone as the 25-year-old’s main suitors.

It now remains to be seen if the two clubs can come to an agreement over transfer fees in the coming days or whether United deem Barcelona’s demands excessive and look elsewhere.