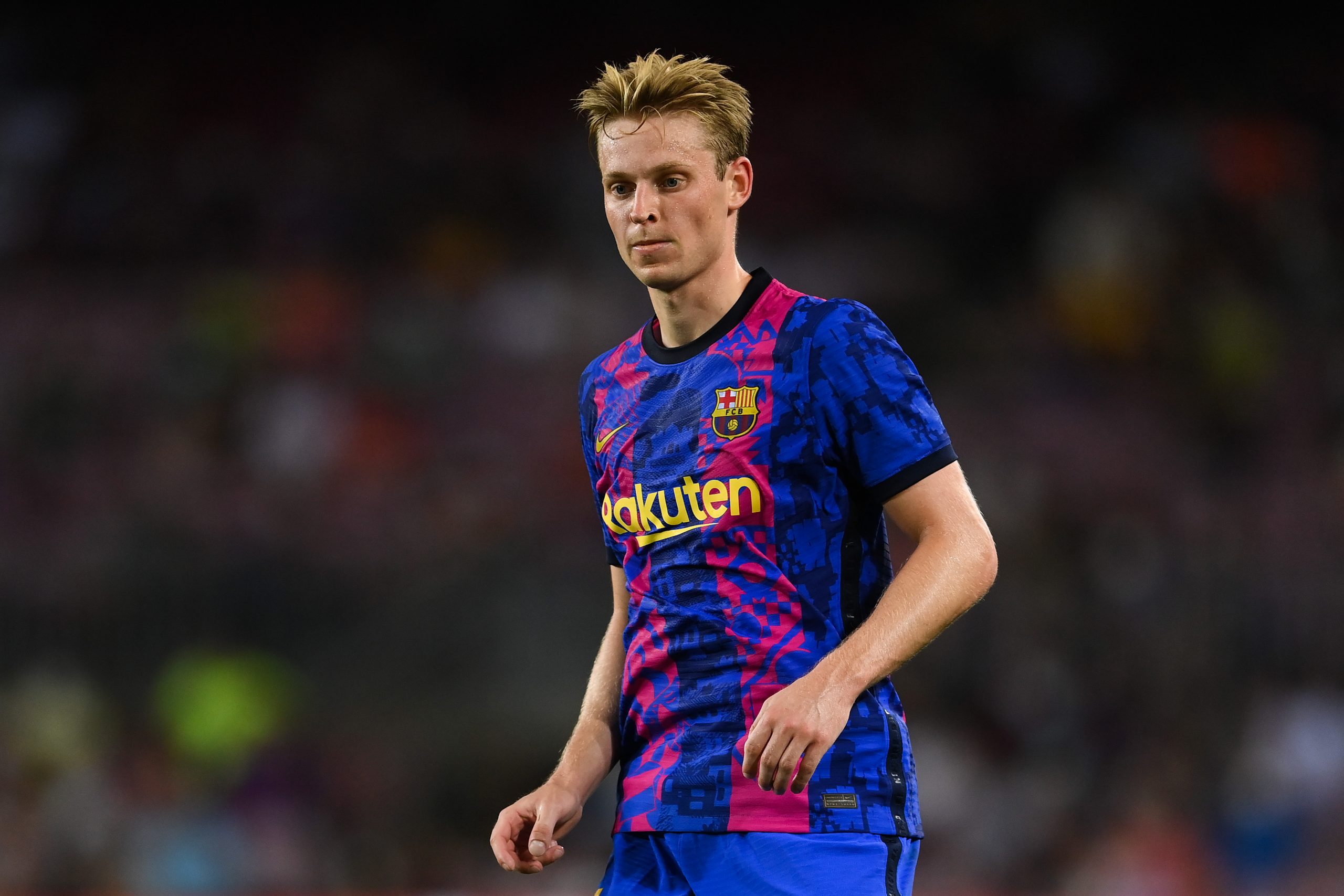 With recent reports claiming that Barcelona are considering the possibility of selling midfielder Frenkie de Jong, it has sparked Premier League champions Manchester City in action.

De Jong, who is in his third season with Barca, has been unable to show his best levels on a consistent basis. While there have been numerous superlative performances along the way, the Dutchman has also been found wanting in the big games.

Given Barcelona’s sorry financial situation and the crop of young midfielders coming through, it had been recently claimed that the Catalan giants are seriously looking to cash in on the 24-year-old Netherlands international, as they see him as one of the most sellable assets at the club.

Now, Fichajes is reporting that Manchester City are now prepared to take advantage of the situation by moving in on de Jong. The Citizens’ manager, Pep Guardiola, is a huge admirer of the former AFC Ajax man and is keen on adding him to the squad as he looks to build a core for the coming years.

With Fernandinho in the last leg of his career, Kevin De Bruyne and Ilkay Gundogan entering into their thirties, the champions of England will benefit from laying down a succession plan in place, which is where de Jong would enter the picture.

As per the report, Manchester City have already made their move to secure the signing of the Netherlands international. It is claimed that Guardiola’s side have made an offer of €90 million to Barcelona in order to lure de Jong away from Camp Nou. Given that the Catalan giants shelled out €86 million to sign him from Ajax in 2019, they would be recovering the entire transfer fee that they spent on the midfielder.

With sporting director Mateu Alemany admitting that the club had no margins to bring in new players in January, a high-profile sale of someone like de Jong could open the doors for Barca to invest in strengthening the squad. Only time will tell if they do decide to accept Manchester City’s offer for their midfield mainstay.