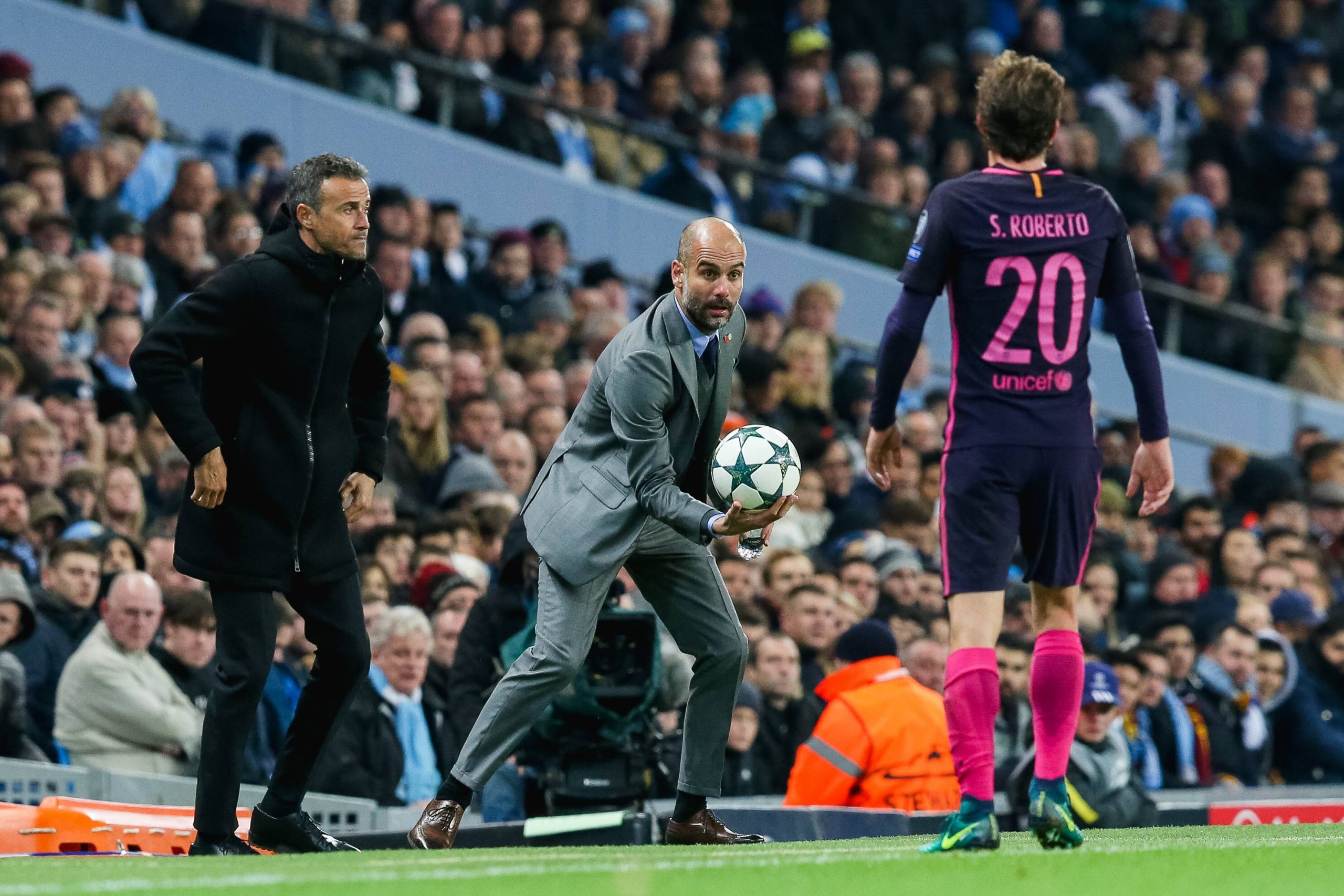 Footballers often find their peak at different times during their career, and not everyone gets the chance to age as well as some of the other players. Sergio Ramos, Thiago Silva, Mats Hummels, Dani Alves, can all claim they aged brilliantly and maintained or improved themselves. The same cannot be said for others, one of them at Barcelona — Sergi Roberto.

Far from a fan-favourite at this point, Roberto is one of the names that has been rumoured with an exit from the Camp Nou ever since Joan Laporta came into power as the president of the club. These rumours have finally found a destination as Sport claims Manchester City have contacted Barcelona regarding a transfer.

This is not the first time Roberto has been linked with a move away to Manchester. Reports in the past have claimed that Pep Guardiola is an admirer of the fullback and wants him with the Premier League winners. In fact, the two share the same agent in the form of Josep Maria Orobitg.

The Spaniard, however, does not want to move away, unless Barça tell him to. Playing as the first-choice fullback for half a decade now, Roberto’s spot is under scrutiny with the arrival of Sergino Dest. There will be additional threat posed on it now that Emerson has pretty much confirmed a move to the Catalan capital.

Under extreme financial turmoil, the Blaugranas desperately need to sell players in order to make room for arrivals in the summer. Samuel Umtiti, Neto, Junior Firpo, Jean-Claire Todibo, Carles Alena, Martin Braithwaite, and of course, Roberto are among names that could see the exit door soon enough. Meanwhile, Eric Garcia, Memphis Depay, Sergio Aguero, and Georginio Wijnaldum will be arriving as free-agents.

If Barcelona are to sell Emerson, with clubs like Paris-Saint Germain in pursuit of his signature, they can propose an offer to City with a trade-off with Joao Cancelo returning to La Liga. The Portuguese is reported to be unhappy under Pep and could push for a move soon.