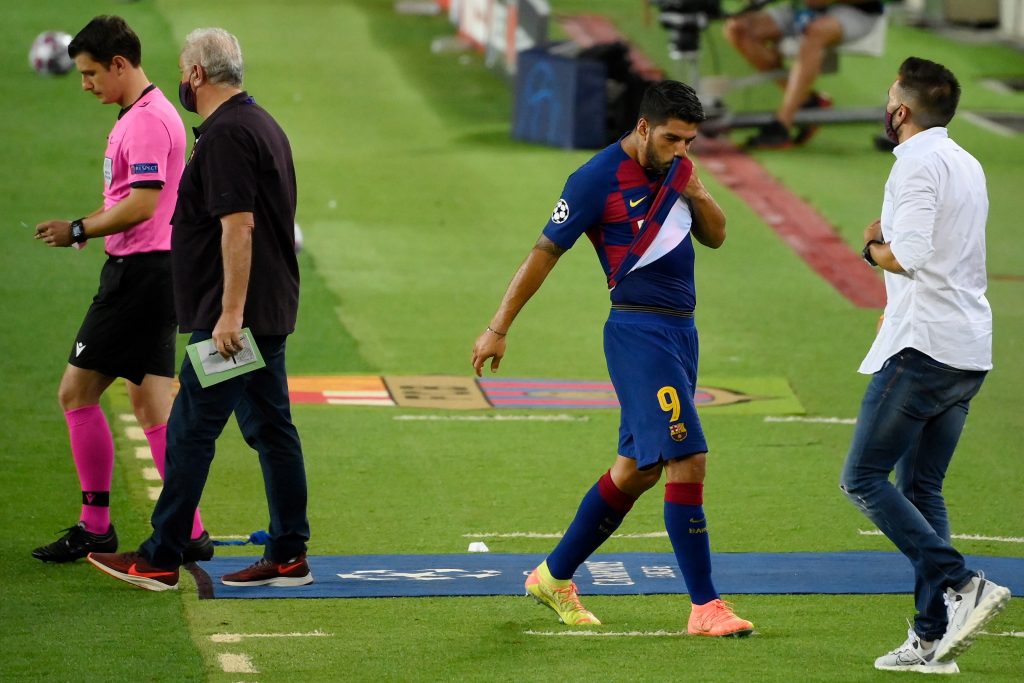 Luis Suárez has spoken in the post-match interview after Barcelona knocked out Napoli 4-2 on aggregate. The game ended 3-1 in Barça’s favor at the Camp Nou, and now, the Catalan club is preparing to face Bayern Münich in the quarter-finals.

“The most important thing is that we are through to the next round, our only objective was to qualify. In the second half, we knew what would happen. We have to be satisfied with the great first half we played.”, said the Uruguayan.

Suárez also answered a question on what he thinks about the upcoming Bayern game: “In a single game, any team can go through. The tie is 50-50. Bayern are a great team but so we are.”