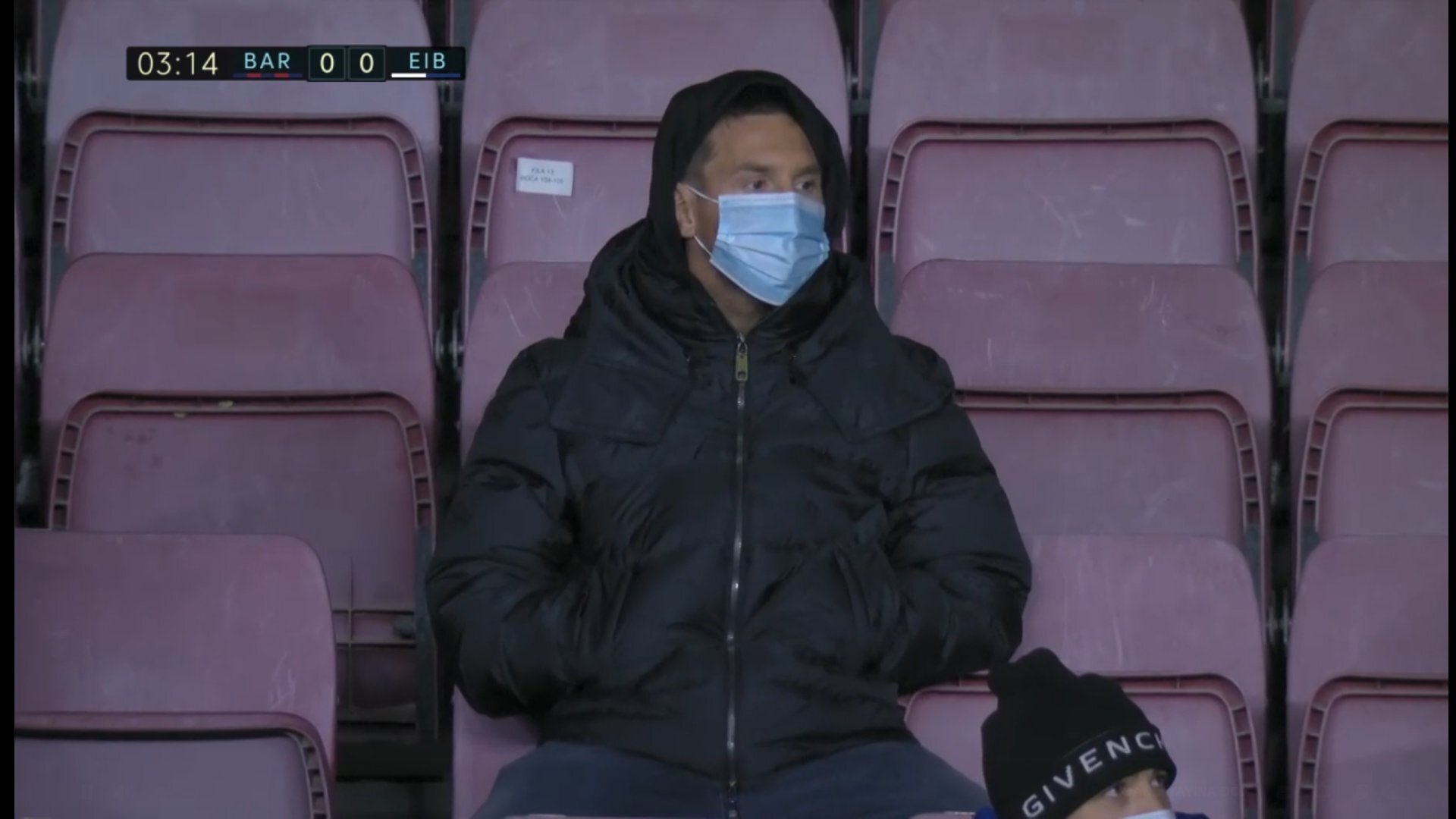 As Barcelona fielded their starting XI against Eibar, there was one important piece missing. Starting in the right attacking midfield slot was a certain Antoine Griezmann, who had replaced Lionel Messi in the lineup owing to an ankle injury the Argentine seemed to have picked up against Real Valladolid.

Messi was given an off for the day, giving him time to fully recover. He did, however, make it to the Camp Nou, hoping to see the likes of Pedri, Griezmann, and Frenkie de Jong pick up some of the slack in his absence. Sadly, it was not to be as Barcelona fell to a 1-1 draw at home after a shocking performance.

Martin Braithwaite missed a penalty, Griezmann barely put a foot right, Ousmane Dembele missed a sitter, and Ronald Araujo made a critical error after having a solid game. Eventually, Barcelona were able to rescue a point courtesy of Dembele who made up for his miss earlier. A point is barely enough though, especially given how the season has gone so far, and Messi’s expression after the full-time whistle express the same.

This was Barcelona’s chance to climb the ladder and etch their name on the third spot, but once again could not live up to the pressure. As it stands, the Blaugrana sit 6th entering a new year, in the hope that the new year brings a new them, and soon enough, a new president.