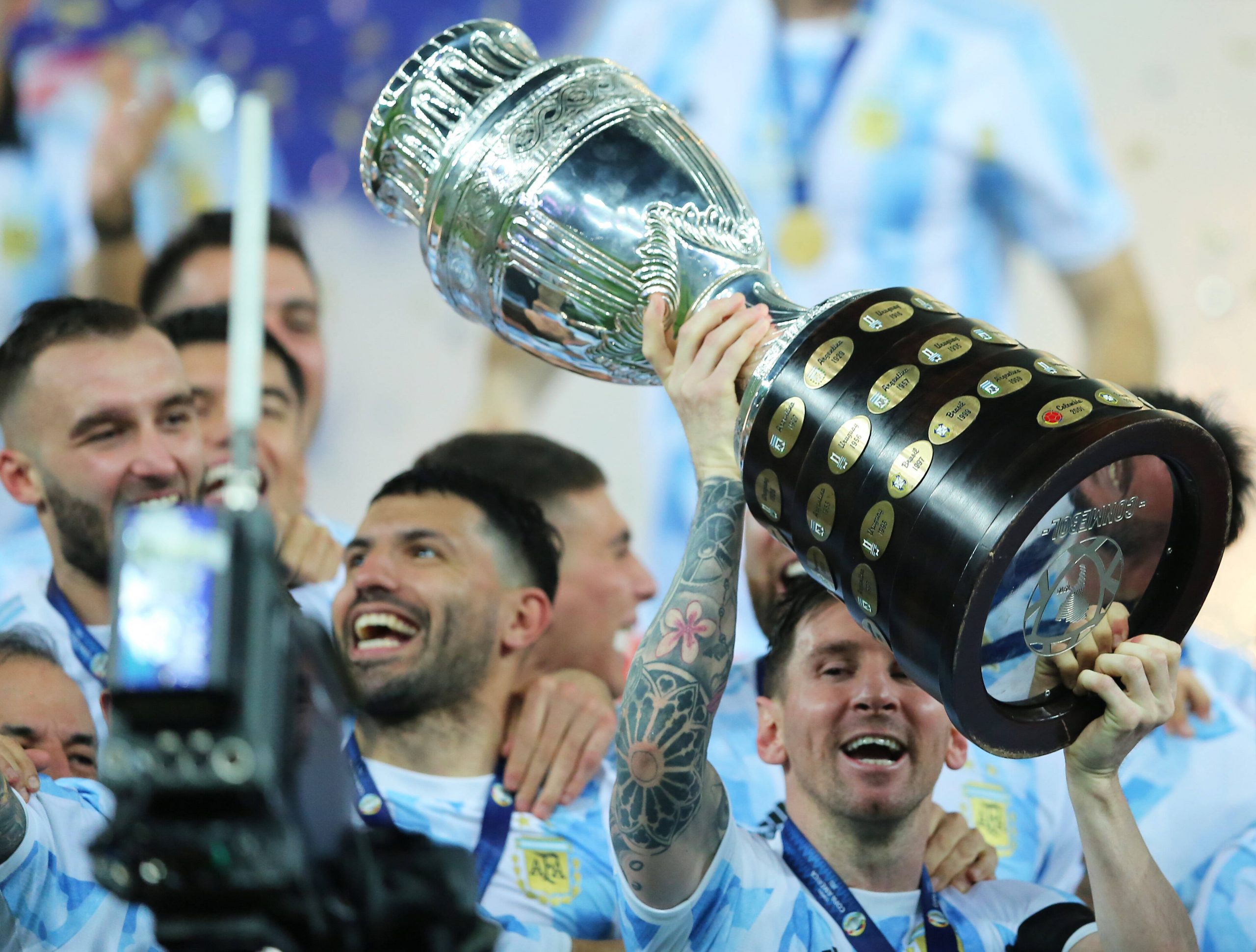 Lionel Messi has finally fulfilled the prophecy and won a senior International trophy with Argentina. It took five final appearances, but with a 1-0 win against Brazil, le Albiceleste found solace as the blue and white flag soared high in the legendary Maracana.

Following the game, Leo gave a very heartfelt press conference, talking about what lifting the trophy meant for him, and his family. He said, “The happiness that I feel today cannot be described.”

And continued, barely holding back tears of joy, “I dreamt about this moment countless times.”

Messi did not fail to acknowledge his teammates, who said they would go to war for him, and delivered. “Since the last Copa America, it was clear that this group was very strong and motivated. Sometimes I had to lose a final, but I knew this day would come eventually.”

Winning the trophy must have felt like a trillion bucks, but winning it against your fiercest rivals, at their home – where they boast of an impeccable record – must have been extraordinary. Messi, of course agreed: “I feel that god was saving this moment for me, against Brazil in the final and in their country.”

The six-time Ballon d’Or winner was seen on video call with his family after the game ended. He mentioned them, saying, “I thought of my family when the game ended. We have suffered so many times. We would go on vacation and spend the first few days sad. But this time, it will be different.”

Grinning ear to ear at this point, Messi ended the presser saying, “We still cannot believe that we are champions. We cannot believe everything we have achieved today. This match will last in history, not just because we won, but because we beat Brazil at their own home.”