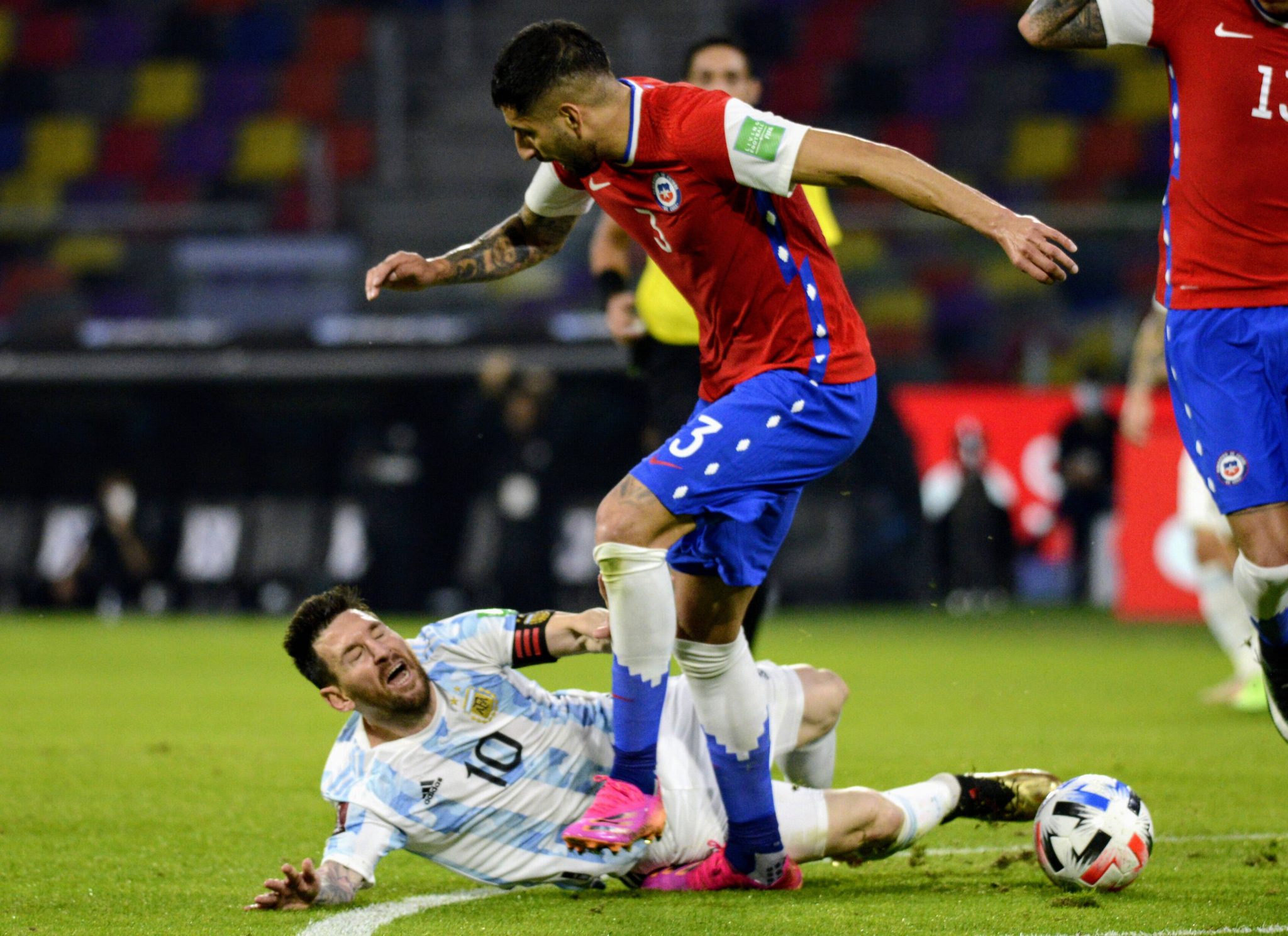 There are very few moments when Lionel Messi escapes attention from football media. Either he is making headlines for his incredible performances, or because of the praises and awards, he receives. Yassine Bounou, a regular competitor against the Argentine, for example, recently said that Messi is on a truly different level compared to others.

AS Monaco’s Guillermo Maripan faced off against Messi last week during the World Cup qualifiers as Argentina drew Chile 1-1. The two will face off again for the Copa America’s opener next week. In an interview with Daily Mail, as relayed by Sport, Maripan talked about how to defend against the six-time Ballon d’Or winner:

“The best thing you can do against Messi is to call one, or better yet, two teammates. Between two or three, try to take the ball from him. It’s still very difficult.”

Luis Suarez’s Uruguay are also in contention for the upcoming tournament, and his name also came up during Maripan’s interview. On the former Barcelona striker, the Chilean said, “He does not stop for a second. Spends the whole game moving, changing positions, jumping, bumping into you, so he’s the kind of forward that’s very difficult to battle with.”

He continued to speak about Suarez, saying, “You can’t disconnect for a second, that’s how he (Suarez) is. A great professional who has had a fantastic career.”

Brazil will open the Copa America proceedings hosting Venezuela on 14th June, while Argentina play their first game against Chile. Also a part of Uruguay’s squad list, Ronald Araujo could be in action against Messi’s team on 19th June.