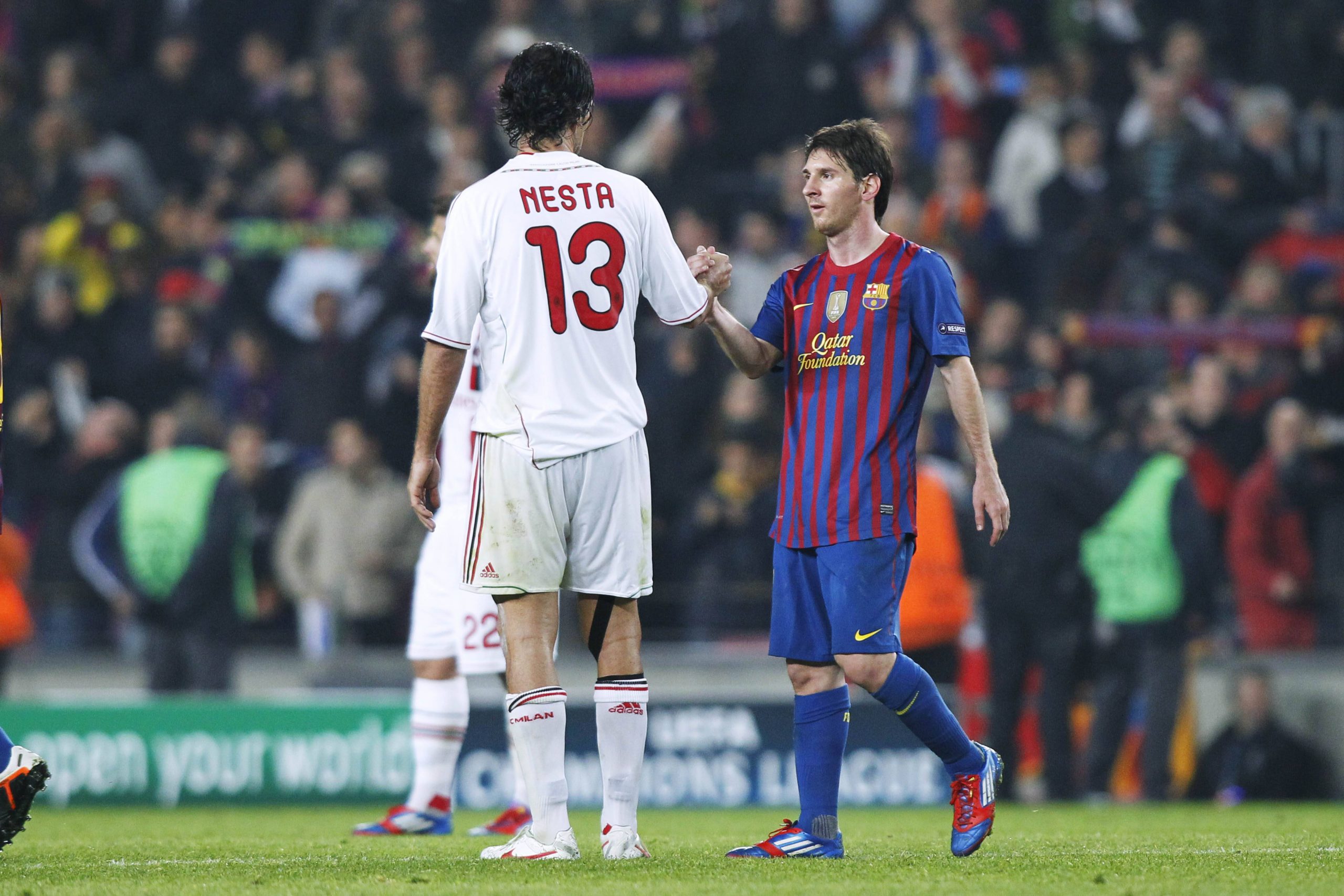 Ex-Italy and AC Milan defender Alessandro Nesta recently opened up to Italian publication Calciatori Brutti, relayed via ITASportPress, in an interview, about what it was like to face Barcelona superstar Lionel Messi all those years back in the Champions League.

Currently at Frosinone in a coaching position, Nesta is widely regarded as one of the greatest defenders of all time. The centre-back was near impassable in his prime, but when it comes to Lionel Messi, the impossible becomes all too likely.

In 2012, the Italy legend was 37 years of age, when he took to the field for AC Milan to face off against Barcelona in the Champions League. The Blaugrana attack was spearheaded by a relatively fresh-faced Lionel Messi, but the Argentine was revered enough even then as a massive force to be reckoned with.

Nesta revealed how Messi dazed him within a matter of minutes and tired him out with his sheer class: “In the tenth minute I kicked Messi and fell to the ground exhausted, I could see the stars. He was already giving me his hand to pull me up. There he mentally destroyed me.”

“Do you understand? I was on the ground and when after two seconds I open eyes I see his face with his hand in front that he wanted to help me get up. He mentally destroyed me there,” repeated the legendary defender.

He then weighed in on the Messi-Ronaldo comparisons and stated who he would rather face out of the two: “I played against both Ronaldo and Messi. The little one (Messi) is phenomenal: but the other scores 40 goals a year. They are both strong each in their own way. I prefer not to meet Messi between the two.”

These words from such an icon of the game, who has inspired a generation of defenders, are a testament to Lionel Messi’s greatness.