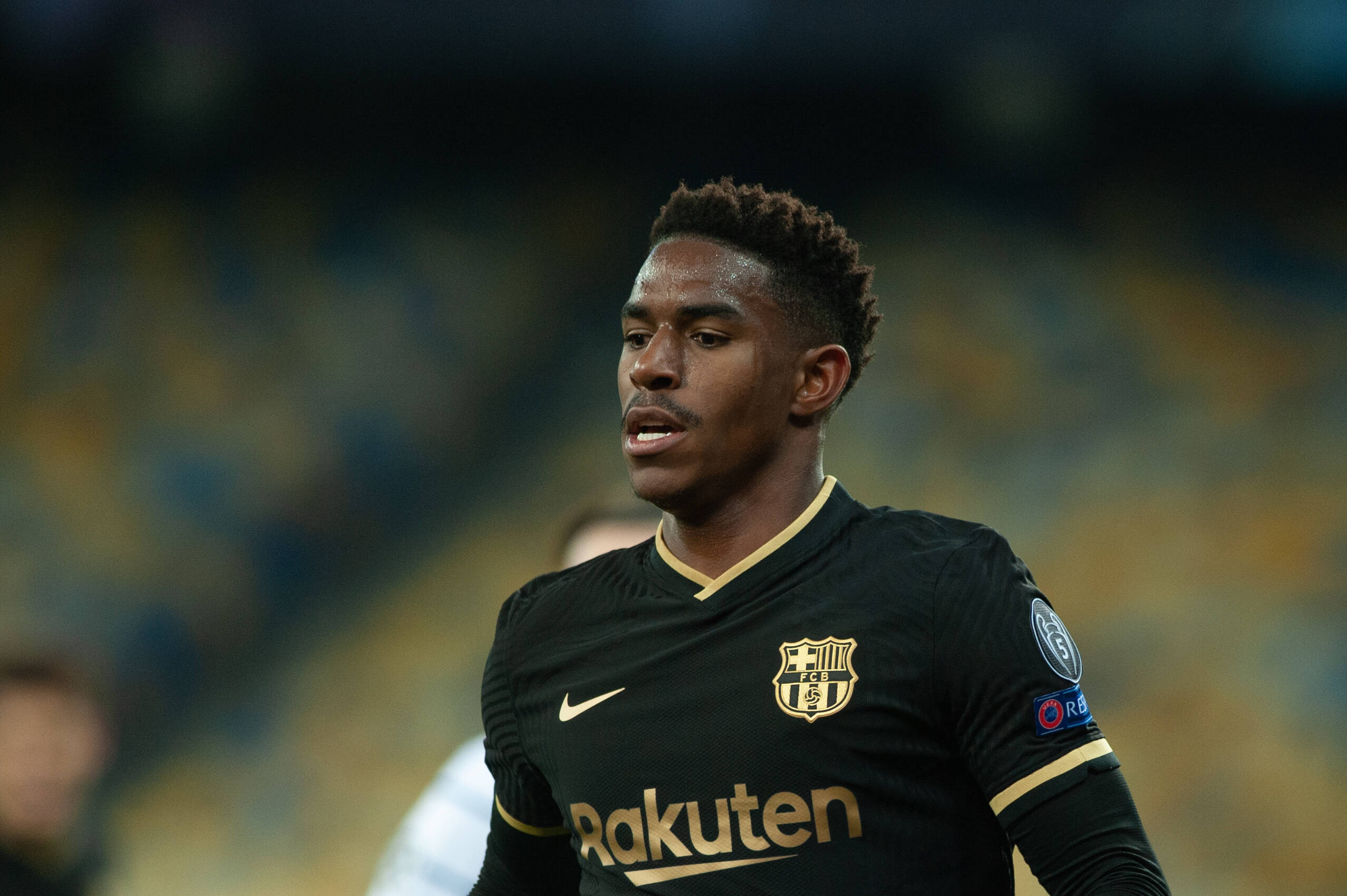 All the top teams across the major five leagues are known for scouting players from within the league to reinforce their squad. Be it Bayern Munich, Borussia Dortmund, Paris Saint-Germain, Juventus, Real Madrid or even Barcelona – they do their best to weaken their domestic opponents in a bid to improve their chances of lifting trophies.

For Barcelona, it often works out, and the ten La Liga titles in the 21st century prove it. Other times, it does not, and Junior Firpo is evidence of the same. Now on his way out, Mundo Deportivo reports that Leeds United have joined AC Milan in the race for Firpo’s signature.

The report states that Firpo does not want to continue in La Liga and is interested by a move to Leeds, who join Southampton and West Ham United among Premier League teams chasing his services. However, the Spaniard prefers Serie A as his next destination, with Milan leading charge, alongside Fiorentina and Napoli.

Firpo was once seen as the long-term replacement for Jordi Alba, but he failed to mirror the veteran’s understanding with the team, specifically Lionel Messi. On account of the same, his future in Spain started to look bleak.

Inter Milan were once the team best positioned team for his signing, but have since developed a liking towards his senior Alba.

One thing is for certain, though, Barcelona will have to dive back into the market hoping to sign a left-back soon enough, who will either headline the left side of the defence, or serve as an able deputy.