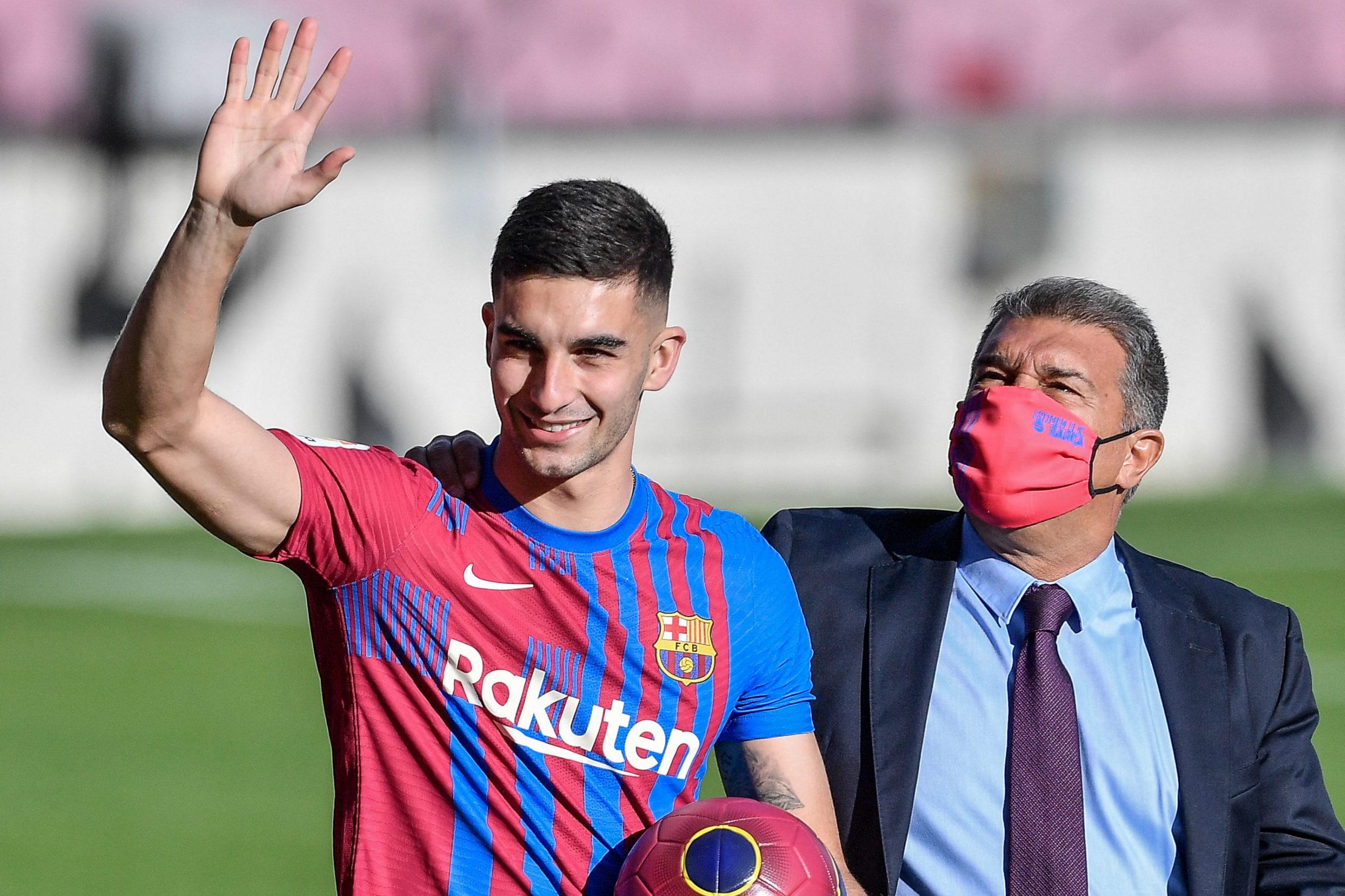 Today afternoon, Ferran Torres was officially presented as a new FC Barcelona player. The event was conducted at the Camp Nou and attended by more than 13,000 people.

Following Torres’ presser, President Joan Laporta spoke to the media, covering a range of topics from the future of the club to the new signing’s role in the team.

Speaking about the signing of the Manchester City star, Laporta did not hold back his joy.

“The signing of Ferran Torres is a spectacular one.”

The player’s desire is undoubtedly the most important factor in engineering any deal. The Barcelona president said that the forward was very keen on joining Barcelona and spoke about its role.

“Ferran has shown a lot of desire to come. He a very clear objective of ours. I really liked the desire he had to come to Barça. He is very young but he already has an important career.”

Since his arrival at Barcelona, Mateu Alemany has overseen several critical arrivals, including that of Memphis Depay. Laporta made a special mention for the sporting director, saying he was crucial for the success of the deal.

“Mateu has been a key piece in this operation and the good relations with Manchester City.”

Speaking about his vision for the team’s future, Laporta explained how Torres would fit into the big picture.

“We are building a team, with very young players who already have a great present and a splendid future. I am sure that with players like Ferran Torres we are on the way.”

Erling Haaland is one of the hottest properties in the football world. Barcelona are amongst the club looking to sign the young striker in the summer. When asked about the possible move, Laporta said,

“Haaland? Our obligation is to build a great team. Anything is possible if we do well. And I am sure we will do well.”

Barcelona has seen a steep decline over the past few years. Yet, Laporta was firm in his belief that the dip was only temporary. He said,

“Very soon we will see the sporting resurgence of Barça.”