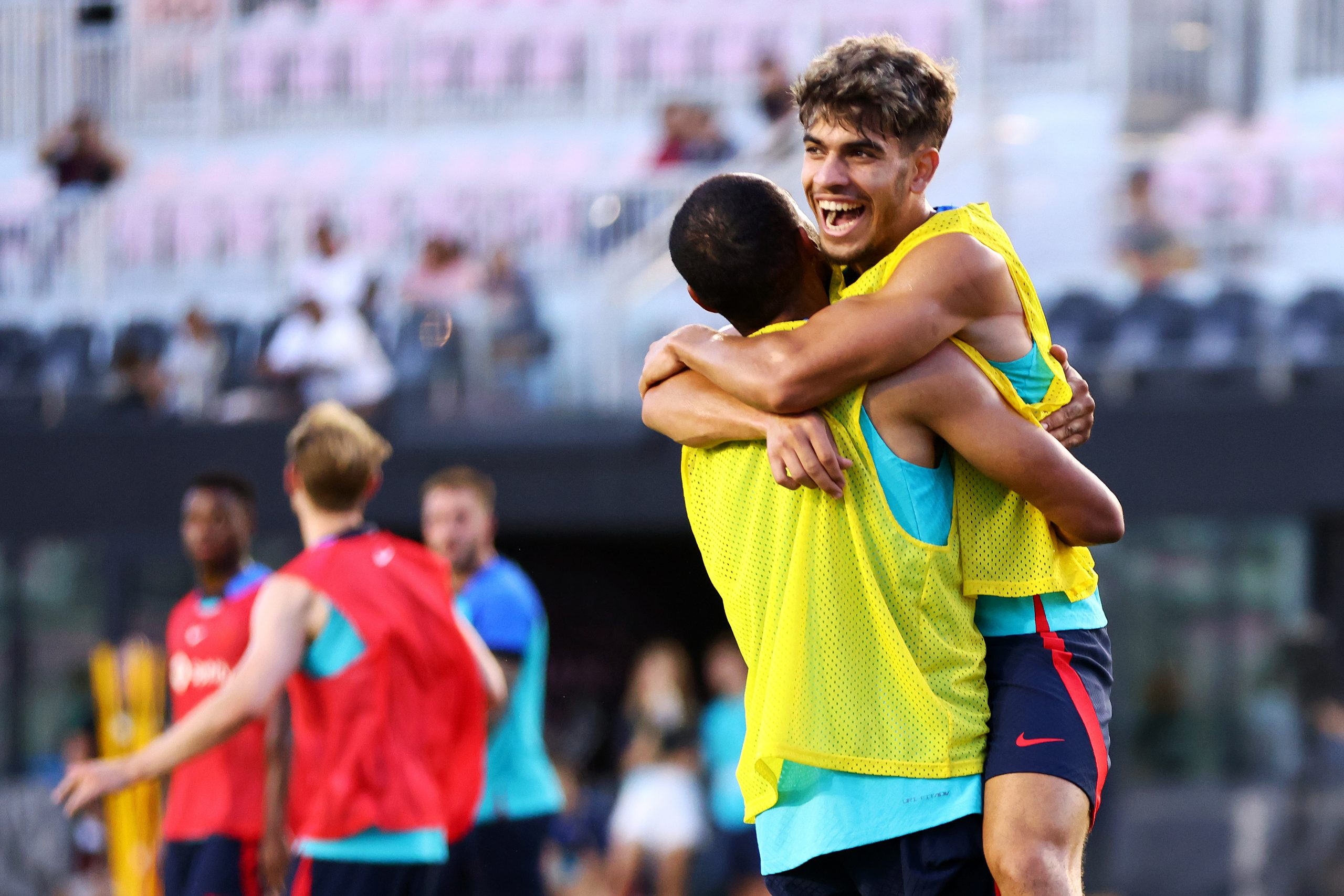 Valencia seem to be plotting a double-raid on Barcelona this summer, with the La Liga club keen on taking two stars from the Catalans on loan before the transfer window closes.

Valencia’s interest in signing midfield prodigy Nico Gonzalez is already well-known, with the 20-year-old also believed to be open to the possibility of moving to the Mestalla. A loan move is believed to be on the verge of being finalised.

Now, Mundo Deportivo reports that Valencia have also set their sights on a loan move for Barcelona winger Ez Abde and have already enquired the Blaugrana about a possible move for the young winger.

Abde has been at Barça for a year, having joined from Hercules CF last summer. The 20-year-old enjoyed a promising debut campaign in Catalonia, impressing for the B team as well as the senior side.

The winger was expected to become a full-fledged first-team member this season, but the number of options at manager Xavi’s disposal means that the youngster will likely struggle to get regular playing time if he stays put at Camp Nou.

Hence, a loan move seems the best possible scenario for Abde as he looks to continue his development. The Moroccan has attracted the interest of several clubs from La Liga, with the likes of Cadiz, Real Betis and Villarreal, among others, keen on his services.

Now, Valencia, too, have joined the hunt to sign the 20-year-old prospect on a loan deal as new manager Gennaro Gattuso looks to beef up his squad ahead of the new season.

With Nico already believed to be headed to Valencia, it will certainly be interesting to see if Abde follows the La Masia midfielder to the Mestalla.