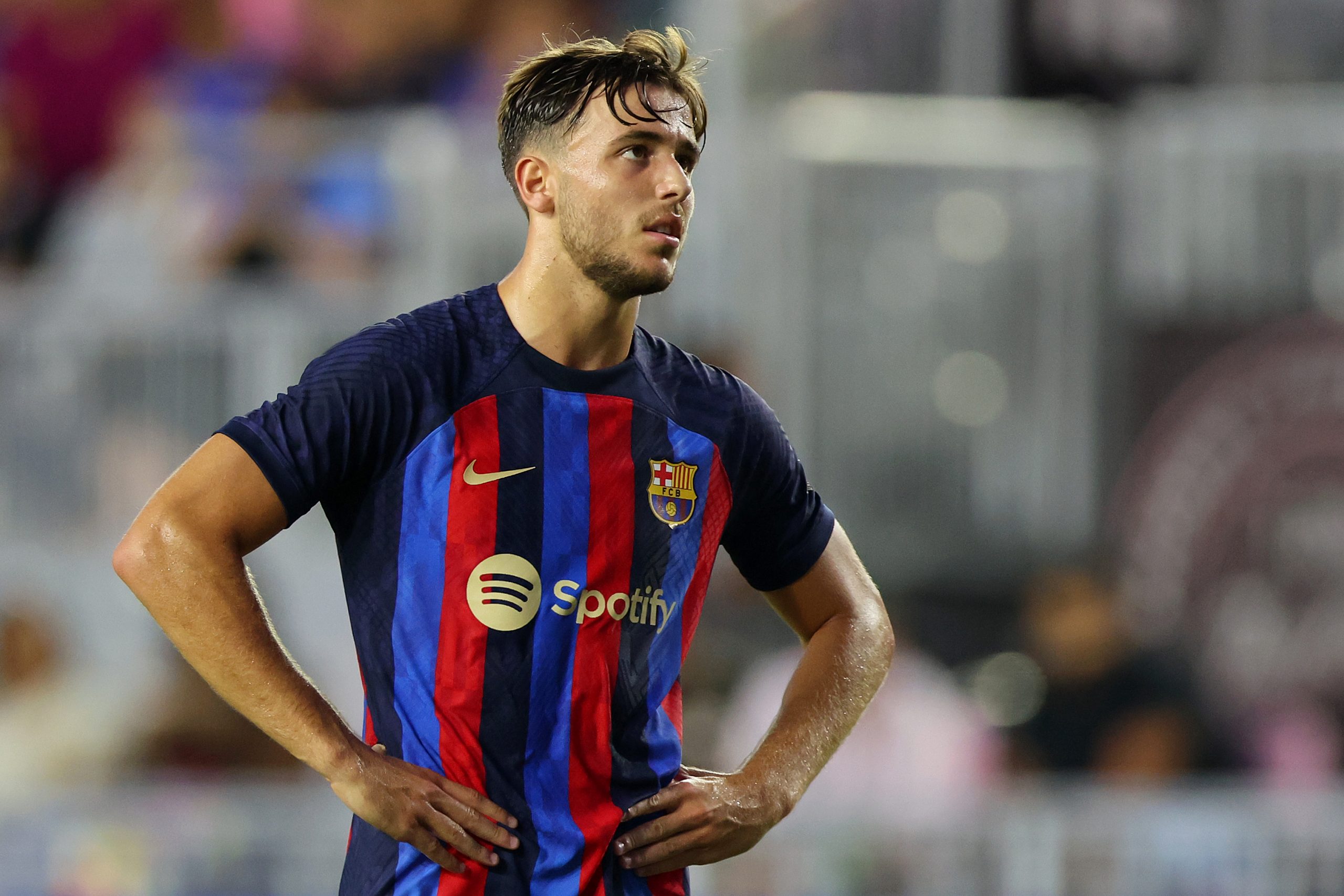 Nico Gonzalez is among one of the most talented midfielders to come out of La Masia in recent years. The 20-year-old came through Barcelona B as a defensive midfielder, but was eventually deployed as a free 8 given his ball-carrying abilities.

However, it seems his future at the club is not locked down. Hector Gomez has reported that Barcelona and Valencia have closed an agreement for the loan of Nico. The Spaniard, pushing for an exit, was more than open to joining the La Liga side.

Barcelona’s idea was to have Nico in the first-team for the 2022/23 season, but the player is seeking more game time. Ideally, he would have received an ample amount of minutes, but with Frenkie de Jong and Miralem Pjanic’s reported continuity, that might have changed.

Xavi spoke to the player during pre-season, as well, convincing him to stay. However, Nico has been firm on his decision, and Fernando Polo reports that the manager has eventually given his green light for his exit.

Xavi believes Pjanic to be a more natural replacement for Sergio Busquets in the defensive midfield position, and the Bosnian has already agreed to a salary cut to stay at the club. Therefore, it seems he is bound to the club, at least until the winter transfer window.

Nico has already spoken to Valencia manager Gennaro Gattuso, who has guaranteed him a starting role accompanying a ton of minutes.

And while Barcelona approve, they have placed a condition on his departure. Nico’s contract ends in the summer of 2024, but the club wants him to renew until 2025 before he joins Valencia.

That safeguards his signature for Barcelona as they will not be forced to sell him at a slashed price, if it indeed comes to that. As for the player, it will give him more security and definitely some added time to pursue success in the Catalan capital.