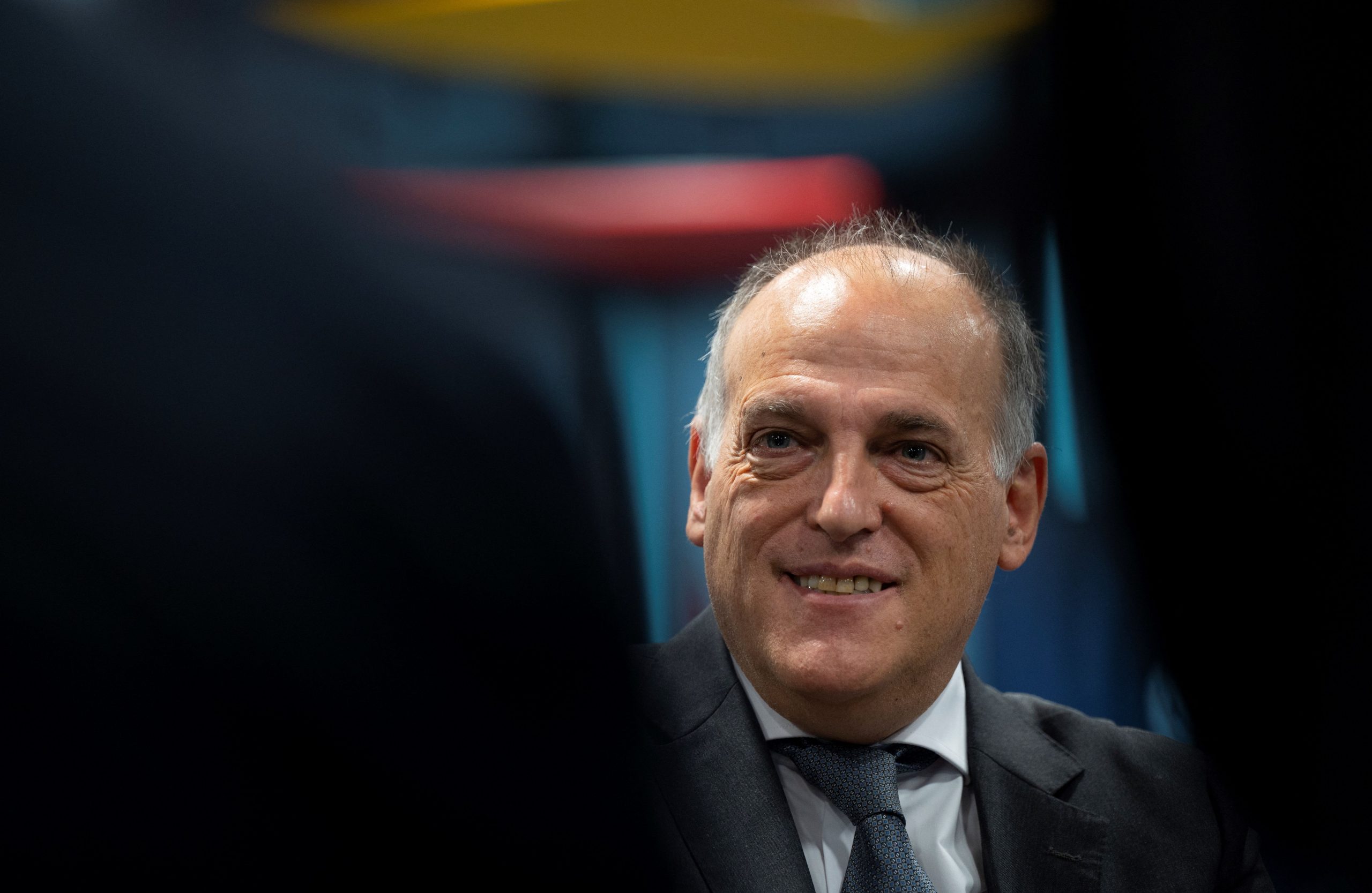 La Liga president Javier Tebas has been outspoken about Barcelona’s financial issues and has often been critical of the club’s situation.

And he has now fired another dig at the Catalan giants as well as their Super League project partners Juventus, claiming that the two clubs cannot be considered examples when it comes to sustainability at a football club.

However, the La Liga president admitted that of the three Super League clubs, only Real Madrid could be considered a model for sustainability.

Speaking to Cadena SER (h/t Madrid Xtra), he said: “I don’t think Juventus is a leader in sustainability, don’t think Barça are an example either. The only one of the three who can set an example is Real Madrid.”

Tebas’ comments come in light of the entire Juventus board, including chairman Andrea Agnelli recently resigning from their posts due to accounting irregularities.

Soon after the news came to light, Tebas had asked UEFA to hit sanctions on the Bianconeri, which resulted in a curt response from Italian FA president Gabriele Gravina, who asked the La Liga supremo to pay attention to the clubs under his purview.

Meanwhile, Tebas, who has staunchly opposed the Super League project, recently also pointed out how Barcelona need to slash their wage bill if they are to stay compliant with the league’s Financial Fair Play going forward next summer.

At the same time, he also insisted that the Blaugrana had little chances of signing Lionel Messi unless they reduce their wage bills and the player also reduces his salary from what he currently earns.

“And if all three are given and it is an affordable amount for FC Barcelona, which is within economic control, he will be signed. But everything will depend on what Messi earns. If it’s what he was earning when he left, no.”