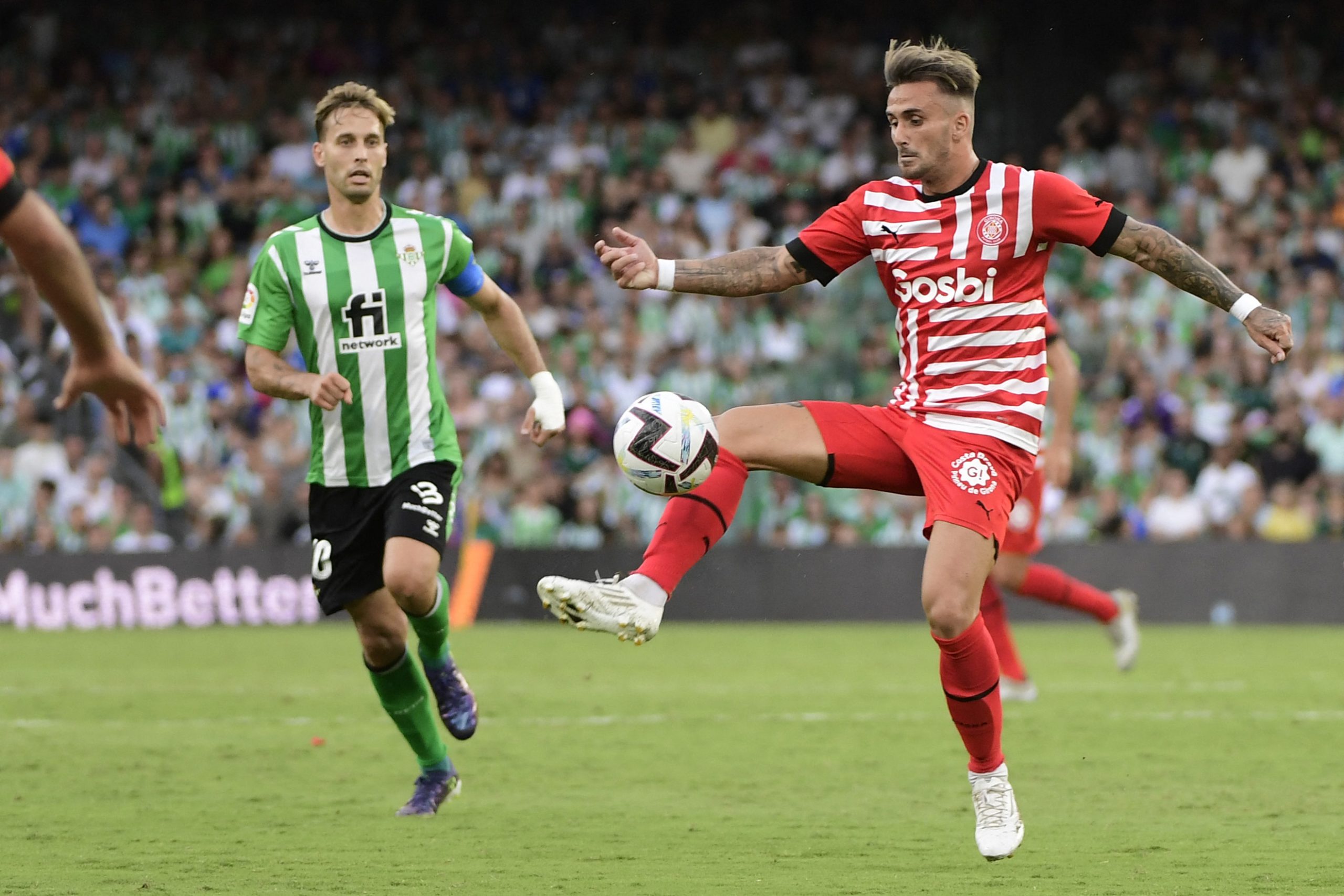 Speaking in an interview on Channel 21 Ebre (h/t AS), Girona midfielder Aleix Garcia has reacted to the speculations linking him with a move to La Liga giants Barcelona and Atletico Madrid.

The 25-year-old has been one of the Catalan outfit’s top performers since joining the club in the summer of last year. Having helped them earn promotion back to La Liga, Garcia has impressed in the top flight, notching up three assists in 14 games.

A versatile midfielder who can play multiple roles in the centre of the park, Garcia has emerged as a possible target for Barcelona as well as Atletico Madrid, as his contract with Girona stands to expire at the end of the ongoing season.

Talking about the rumours, Garcia insisted that he had not received any communication from any of the interested parties, but added that it felt good to be linked with top clubs like Barcelona.

“It’s true that there are a lot of rumours, but so far I haven’t received any calls, neither from my agent nor from anyone else. But the fact that people are talking about you is positive. It makes me want to keep playing at this level and let the future say what it has to say,” he said.

Further opening up on the speculations, the 25-year-old former Manchester City ace insisted that he is happy at Girona but is an ambitious person and would be open to making a leap to a bigger club at some point, saying:

“I’ve always said that I feel very good at Girona, it’s like my home, but it depends on what options you have, it’s a big step. I’m ambitious, I want to keep improving and to make the leap to a team like this, of course, I’d like to.”

While Garcia’s contract with Girona expires next year, it does have an automatic one-year renewal option provided the club retain their La Liga status. And heading into the World Cup break, the newly-promoted team were in 13th place in the standings.

So, it remains to be seen if he does become a free agent in the summer or whether the one-year extension option in his contract gets activated.