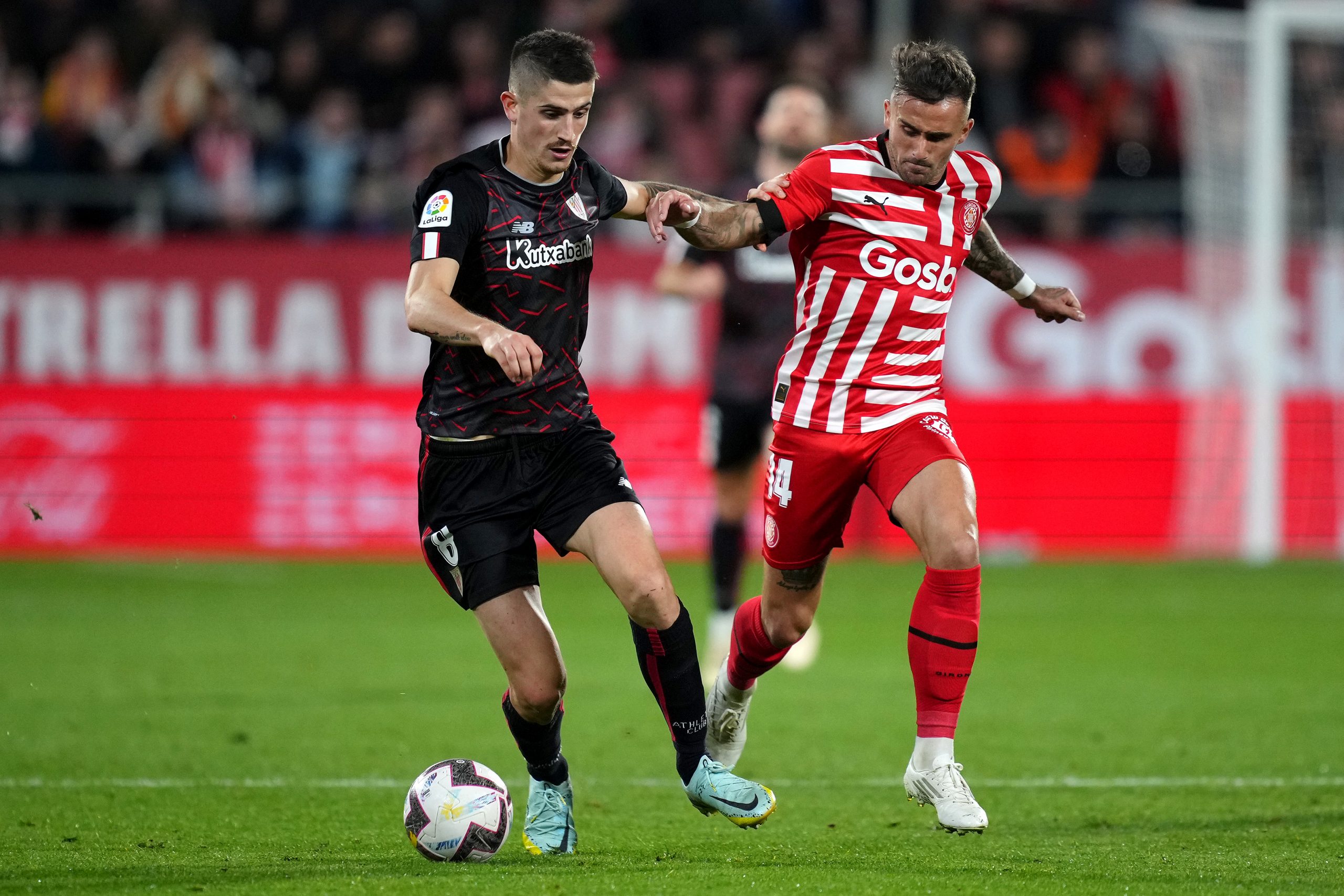 Barcelona are once again keeping tabs on the free-agent pool for the summer of next year as the club continue to be hampered by financial problems.

Several players whose contracts expire at the end of the ongoing campaign, such as Jorginho, Youri Tielemans and N’Golo Kante, among others, have been linked with a move to Camp Nou.

Now, according to a report from Diario AS, Barcelona also have their sights set on a move for Girona midfielder Aleix Garcia, who is also on the radars of La Liga rivals Atletico Madrid.

Formerly of Villarreal and Manchester City, Garcia joined Girona only last year, arriving on a Bosman deal from SD Eibar. And the 25-year-old has emerged as one of the best performers of the Catalan outfit during that time.

So far this season, Garcia has registered three assists from 14 La Liga appearances. The 25-year-old is in the final year of his contract with Girona and will be free to negotiate with the club of his choice starting January 2023.

And, Barcelona are said to be keeping tabs on his situation, although Atletico Madrid’s interest in the Spaniard seems much stronger at this point.

It is no secret that the Blaugrana are looking for a new midfielder, although their priority is to strengthen the pivot position where Sergio Busquets’ potential exit would leave a huge void.

Garcia can play in the deepest position in the middle of the park, although he has been used in a more advanced role of late in Girona. Whether Barça look at him seriously or focus on other targets like Martin Zubimendi or Guido Rodriguez remains to be seen.