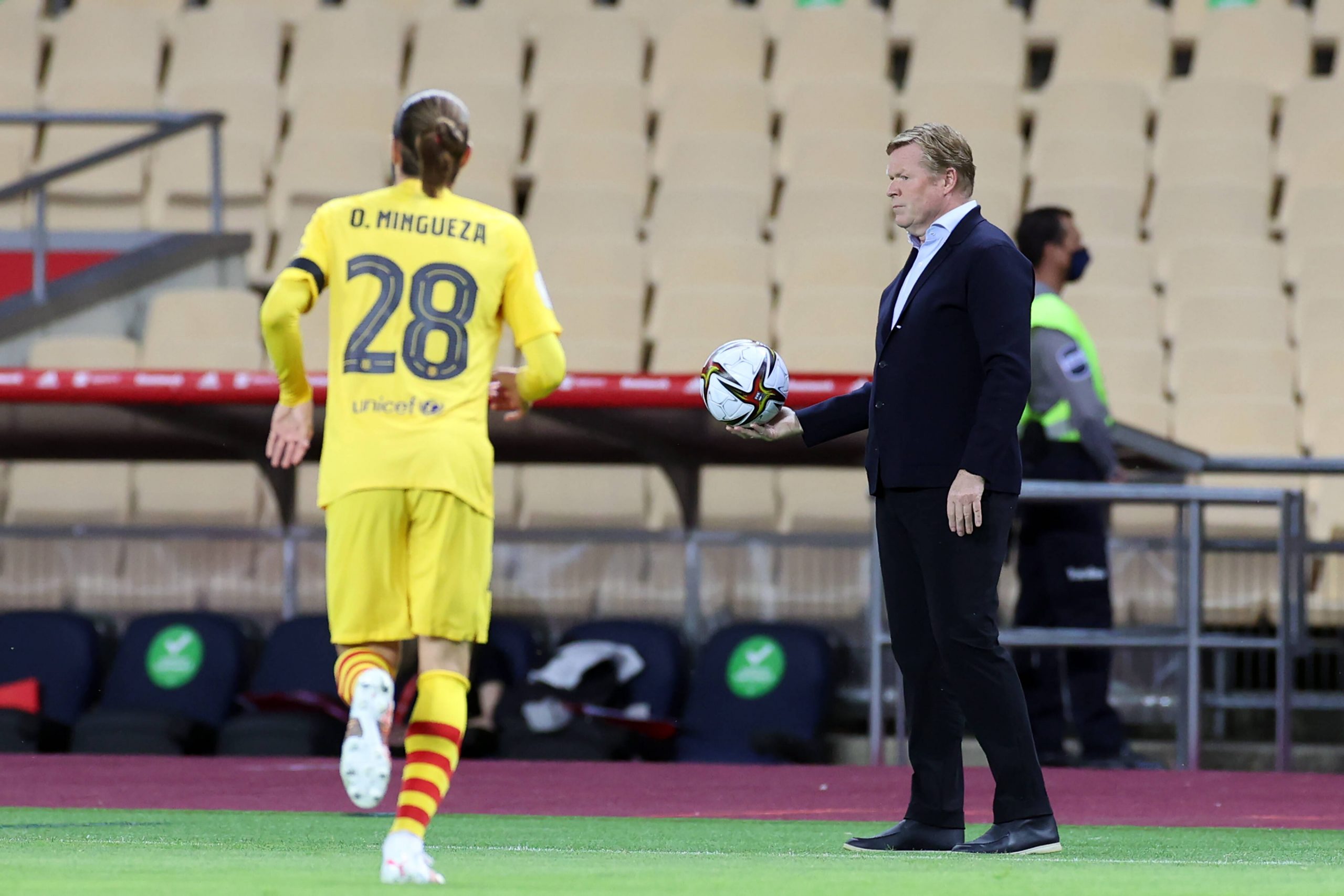 Barcelona consolidated their Copa del Rey success with a convincing win over Getafe in La Liga. The Blaugrana continued to count on themselves in pursuit of the league crown, as they now theoretically sit seven wins away from achieving the domestic double.

A fantastic performance from Lionel Messi, where he scored a brace to reach 25 league goals for the season, was followed up by goals from Ronald Araujo, Antoine Griezmann. A rather comical own-goal from Sofian Chakla to boot, helped Barcelona comfortable see off the visitors comfortably in the end.

Coach Ronald Koeman was happy with the result in the end, but seemed on edge during majority of the game. His confrontation with Oscar Mingueza when the scoreline was 3-2 seemed to be another major talking point of the game. He explained everything in the post-match presser. Here are his thoughts on the match:

On the result: “It’s a good result. In the first half we played well. In the second half we came out less focused, the pace slowed down and we complicated the game unnecessarily. When that happens, the game can be complicated for us and we have to learn how to deal with that.”

On the performance: “On the one hand, I understand the way we went down in the second half because with 3-1 Getafe didn’t press us too much either. But then we lowered our concentration defensively and with a penalty it can always complicate things.”

On the Mingueza confrontation: “I’ve been a bit exaggerated with Mingueza because he’s having a great season. He has to learn that to be a Barça player you have to be well and focused in every game.”

On his substitution: “Mingueza’s substitution wasn’t for my anger. It was to have Frenkie on the right and also to give Umtiti minutes. I spoke with Mingueza at the end of the game. There is no problem and I’m not angry with him anymore.”

On Busquets: “He’s a very smart player and very important for the team, especially because of his way of being. Playing with three centre-backs has helped him to utilise his quality.”

On Messi: “The decision is all down to him. He’s great. His concentration might decrease a little bit sometimes but you never notice it. He’s the best and hopefully he’ll continue with us for many years to come.”

On the upcoming Villarreal game: “We know we have many limitations in attacking positions. I hope Dembelé will be available for the weekend. Braithwaite won’t be ready by then. Villarreal are a strong team, fighting for the Europa League, but every game is difficult. Also for the the rest.”