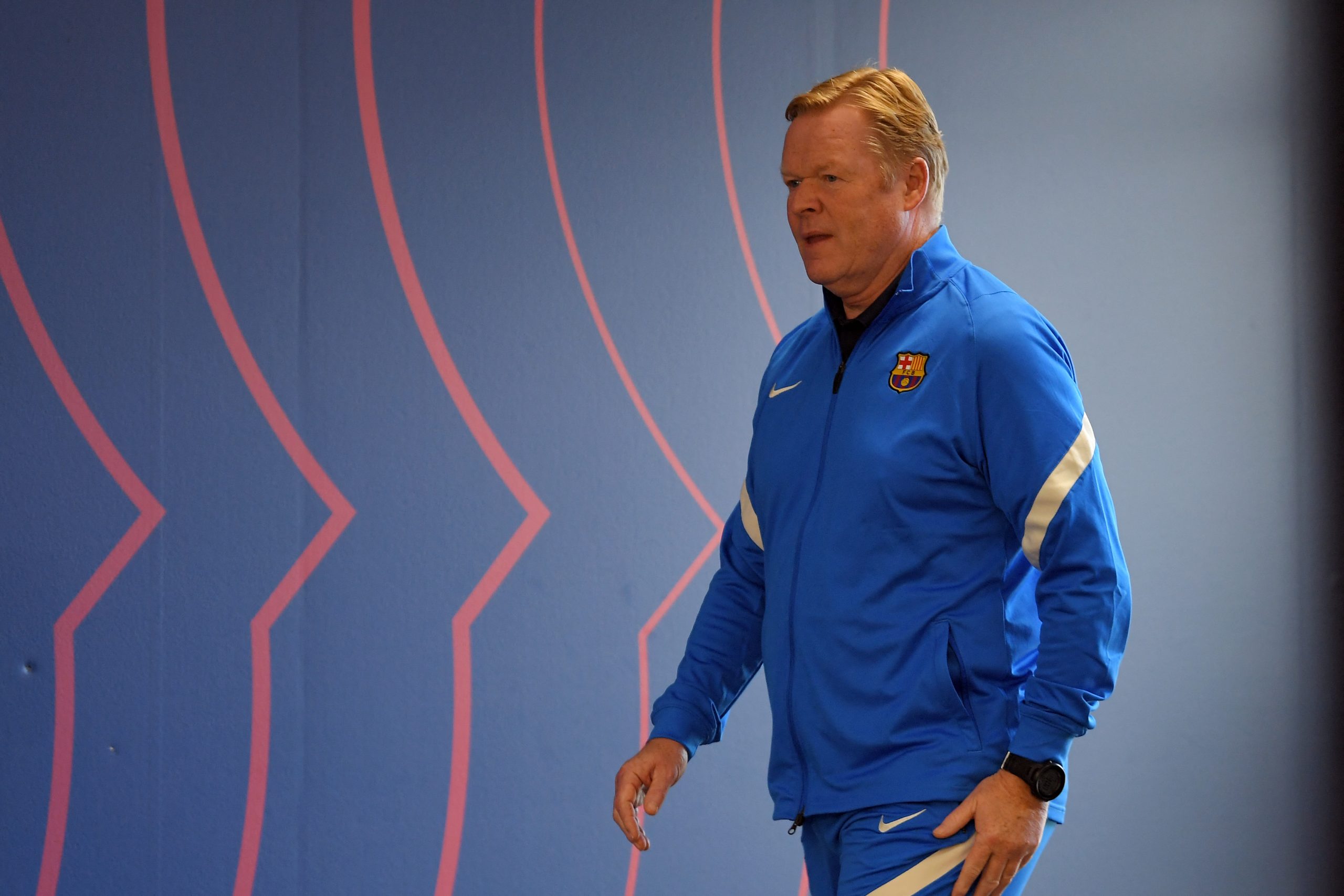 The 2021/22 campaign was one filled with plenty of ups and downs for Barcelona. The Catalans began the season on the back of a disappointing summer transfer window that saw Lionel Messi leave.

And even though the club brought in players like Memphis Depay and Sergio Aguero, there was a general feeling that things had not gone all too well.

And soon enough, the performances on the pitch also started deteriorating, eventually leading to manager Ronald Koeman getting the sack in late October.

The Dutchman had been brought into the club in 2020 after Quique Setien’s short stint had ended. Even though his debut season was not a roaring success, the Barça legend managed to guide the team to a Copa del Rey triumph.

It probably earned him a stay of execution, but eventually, president Joan Laporta decided to swing the axe last year, with Xavi Hernandez replacing him.

Koeman, who will soon be returning to management with the Netherlands national team, spoke at an event organised by ‘AK Coaches World’ (h/t MARCA) during which he reflected on his managerial stint with Barcelona.

“It always hurts when you can’t finish what you wanted to finish. I wanted to fulfill my contract. I wanted to stay for more years,” the 59-year-old said.

Despite the widespread criticism he received, Koeman believes that he did a good job at Barça, considering the financial situation at the club.

“People who know about Barcelona’s situation know perfectly well that it has been a very complicated situation in which I, as coach, have done everything for the club,” the former Barcelona defender added.

“I have never thought about myself, I always did things for Barcelona. In the end, in the world you have people for and against you.”

One of the positives during Koeman’s reign at Barça was the influx of youngsters into the side. The Dutchman gave plenty of opportunities to Pedri, Ronald Araujo and Ilaix Moriba in his first season.

This past season saw Koeman hand first-team debuts to the likes of Gavi and Nico Gonzalez, who have cemented their places in the senior squad.

Talking about his decision to blood the youngsters, Koeman said: “I think it is not a risk to bet on young players. A 20-year-old can improve and a 32-year-old probably can’t. We have a tradition of betting on young players.”

“All the young players I have given an opportunity to is because they have talent, like Pedri, Gavi, Nico and some others. They have quality. And with experience and opportunities, these players are going to improve.”

Further driving home his point that the quality of the player matters more than the age, Koeman recollected working with a certain Zlatan Ibrahimovic back at Ajax, saying:

“The quality of a player does not depend on age, whether they are 36 or 40. Look at Zlatan Ibrahimovic, who has turned 40 and played with me at Ajax. Age is not important, the quality of the player is the most important thing.”

Koeman reserved special praise for Pedri, stating that he did not know the youngster when he arrived, but it only took him a couple of training sessions to realise that the midfielder was special.

“I remember when I signed the contract with Barça and they told me about Pedri, and I didn’t know him. It only took me two training sessions to know that Pedri was going to be a sensational player,” Koeman said.

The 59-year-old also revealed that Barcelona had offers for Pedri to leave on loan but he made certain that the Spanish international stayed put at Camp Nou, saying:

“In the 2020/21 preseason I said that we had to keep Pedri in the team because Barça had offers for him to play a year away. But I said ‘Pedri will not move from here, because I think he will soon be a starter.’ I was not wrong.”