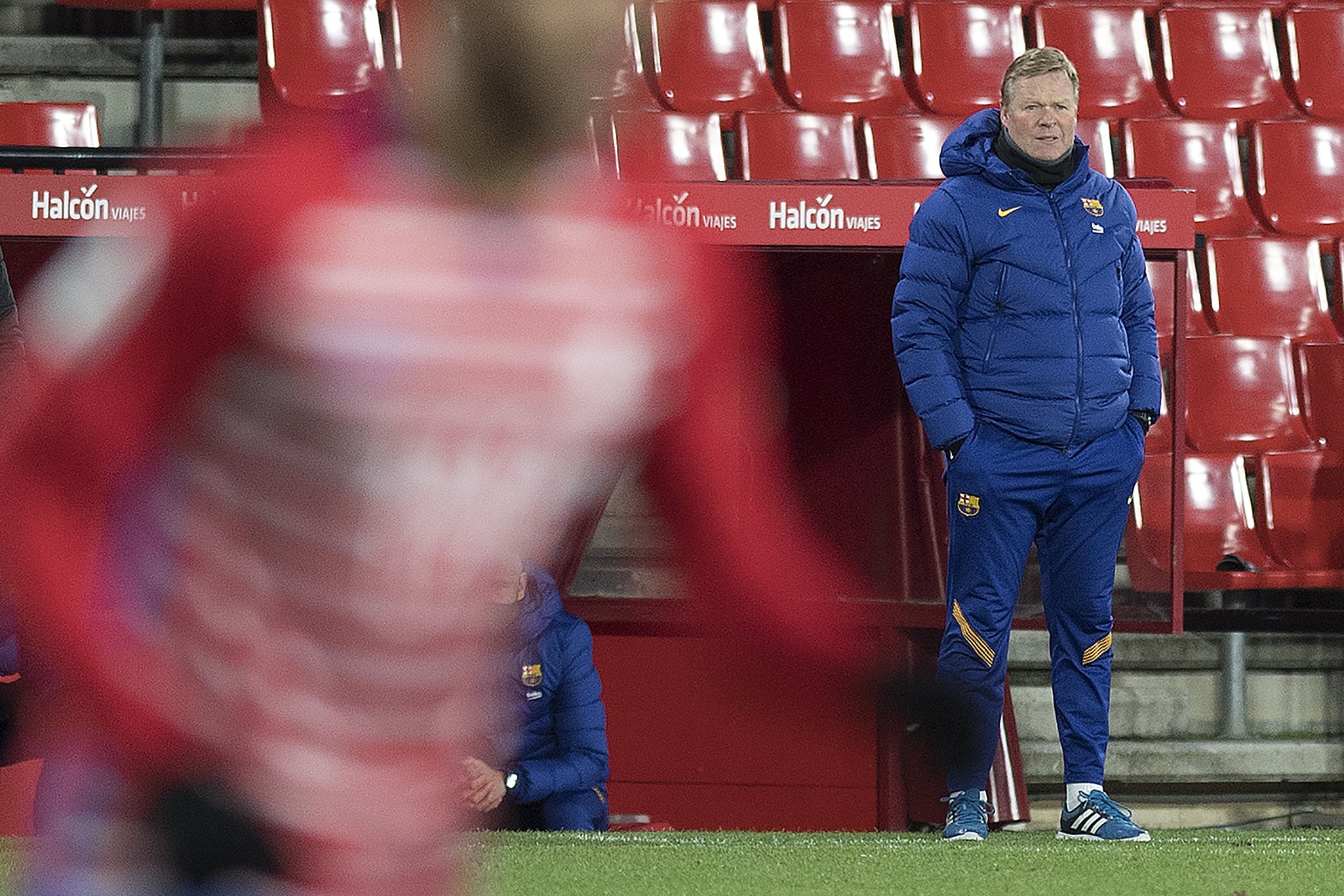 A change of location, but not pace awaits Barcelona as they travel to Cordoba for the Spanish Super Cup semi-final against Real Sociedad. A possible El Clasico final awaits the Blaugrana if both they and Real Madrid make it through from the semi-finals.

Ronald Koeman sat down to address the media ahead of the game as part of the pre-game presser, talking about topics ranging from injuries, individuals, and strategy of the game.

On Messi’s substitution: “There were several players with discomfort that day like Messi, De Jong and Dest, but all are available tomorrow. Araujo is also available, but we will have to see how he does in training.”

On Ronald Araujo’s pre-game injury: “Yesterday he trained individually to know if he could train today. He is supposed to train this afternoon with the group. We have to see his how he feels with the group, and I am confident that he will be available tomorrow.”

The form of the team

On the team’s good run of form: “Lately, the team is confident and focused. We have improved in this regard. When we don’t have the ball, the team closes up spaces.”

On the new formation: “We are improving our game. Our midfielders give us a lot of danger. The team is more confident and now we find free players between the lines more often.”

On the changes he made: “The team is better, with players who arrive at the box more from the center of the field. We have players with quality to do damage. Defensively, we are good and we have gained confidence in the last few games.”

The Spanish Super Cup and its importance

On if Barça will make the Super Cup a priority: “The Super Cup is important. Barça are used to fighting in order to win things. This is not the most important trophy, but we will play it. We will try to play with the best team to be in the final.”

On Real Sociedad: “Sociedad is a strong opponent. It will be an interesting game because we both want to play.”

On what brings the team together in this game: “The four teams that participate in the semi-finals have a winning mentality. We want to continue the we have played lately. We are growing in every aspect. This is a good opportunity to show that we are on the right track.”

On a possible El Clasico final: “I don’t like speaking about a final before a semifinal. First you have to win and then wait to see who you will face. We have to win tomorrow’s game first and I hope we win, but we will have to play a great game.”