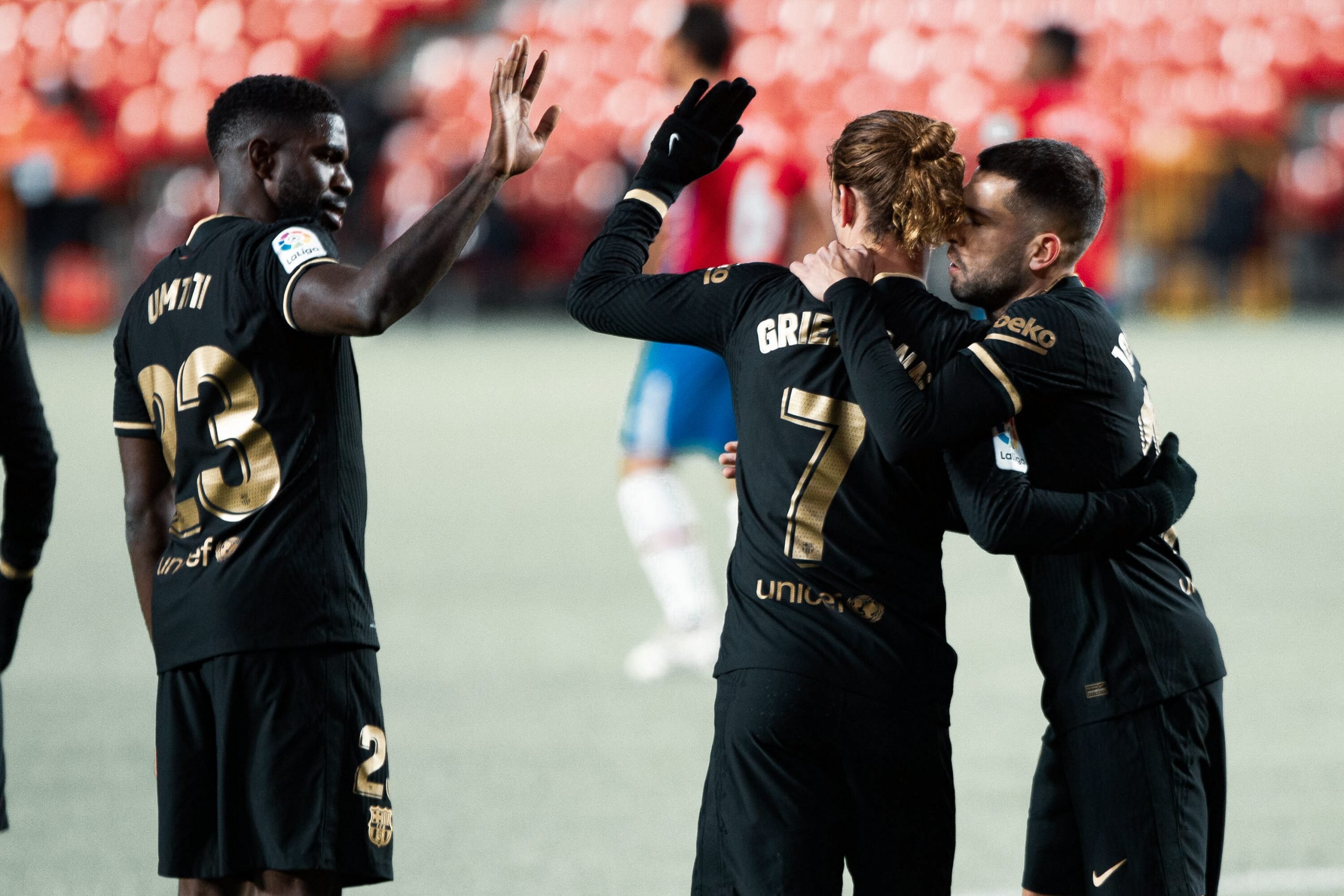 This Wednesday, Barcelona will travel to Cordoba for their Super Cup semi-final clash against Real Sociedad. The competition was originally supposed to occur in Saudi Arabia as part of a three-year contract to promote Spanish football in a new format that sees four teams clash for the crown.

La Real are a formidable rival and a true contender for the title. Not to mention that Copa del Rey is also underway, making Ronald Koeman’s job of successfully rotating and managing the squad that much more difficult.

The Catalans’ team is quite thin in certain areas as it is and a much tighter schedule could push them to their limits. But even with that being said, it does seem like the Blaugranas are finally starting to click.

With victories over Huesca, Athletic Club, and Granada, Barcelona have won three games in a row, propelling themselves to third place in La Liga and actually sparking some hope among the fans.

However, this then does pose the question – is the Super Cup the chance for Koeman to finally stamp some authority or would it be wiser for the Catalans not to put too much focus on this Wednesday’s clash?

Some would say, of course, the fact that Real Madrid make the quartet along with Barcelona is reason enough to compete for the trophy with intent, in the hope of watching another El Clásico final after a long time. Others will say it has nothing to do with football and all to do with money. Be that as it may, this Super Cup clash against a strong opponent arrives in a weird mid-week slot in an already hectic schedule.

Cup games are generally frowned upon or rather, for a club like Barcelona it may very well be more of a distraction and an accident waiting to happen than a genuine opportunity to shine. But this is far from an ordinary season, and whether we’d like to admit it or not, maybe the Super Cup does represent a golden chance for Koeman’s Barça to claim some silverware this year after all.

The Champions League is a distant dream, and La Liga’s race is tougher than it was for a long, long time. This makes the argument for the Cup(s) that much more compelling, especially since the rivals Barcelona will face and are likely to face in the final are also challenging, to say the least.

Beating Sociedad in Cordoba and then locking horns with one of Real Madrid or Athletic Club would be a true test of resolve for the new coach and his developing team. When you look at the situation that way, this clash is more about improvement than it is about silverware because at the end of the day, throwing a parade for a Cup victory is not something true champions do, is it?

Not to mention that this is the time for fringe players to shine and prove their worth. While they may not be the first names on sheet week in, week out, games like the one on Wednesday could prove crucial in potentially turning the coach’s head. It also comes at the right time for Koeman to give the likes of Lionel Messi, Frenkie de Jong, and Jordi Alba some well-deserved rest.

When everything is said and done, winning the Super Cup is something we’d all like, regardless of how prestigious or not it may be. However, we should also not forget that winning it will not suddenly turn a bad season into a successful one, nor will it mean that everything is suddenly fixed.

But seeing how this team has had more downs than ups lately, maybe this could indeed be exactly what the good doctor had ordered. A competition that’s actually well within their reach offers challenges along the way and could boost morale if done properly. At this point, the crown would be the least important thing to come out of it, and that’s the best thing about this Super Cup.

It’s an opportunity that can give Barcelona a lot with minimal risk on the other side of the coin. Of course, as we’ve already alluded to, things tend to go sour in Cup games, injuries mount and frustration reaches its peak. But those things can happen to anyone, anywhere and at any given time.

If Barcelona were in a firm position to win La Liga or had big reasons to believe the Champions League was, in fact, a reality, the Super Cup would likely lose all its importance. But unfortunately, those statements are as far from the truth as they can be right now.

So using this opportunity to continue an impressive streak, boost morale, give fringe players chances, and with that some slam of confidence. Not to forget, also claim some silverware along the way.

Yes, this iteration of the Super Cup may have been made for strictly financial reasons with business in mind, not football, but that does not mean Barcelona cannot use it to learn and further improve, both their squad and their season.

For that reason, bring on Real Sociedad and bring on more challenges for this team to face.