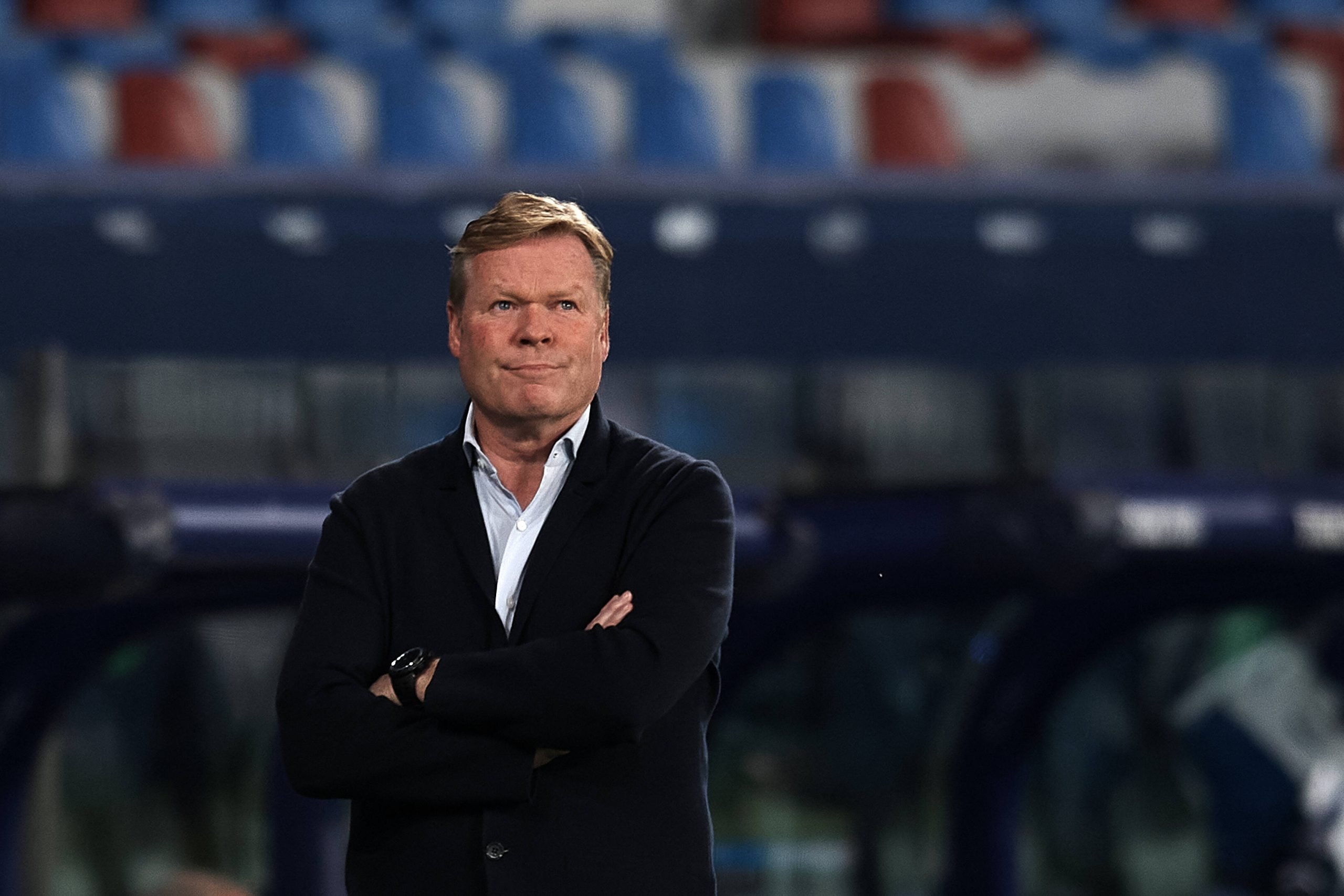 The tension seems to have finally ended in the La Liga title race for Barcelona in the worst way possible. After an incredible first-half performance and scoring two goals, the Catalans utterly failed to contain Levante, resulting in a 3-3 draw, and, in all likelihood, ending Barcelona’s title charge for good.

Much of the failures can be chalked up to highly questionable tactical decisions from Ronald Koeman, whose future has been under considerable questioning. Upon being asked about the match, the Dutchman stated:

“In the first half, we were good, but the game was 90 minutes and we slowed down in the second half. I am very disappointed. It’s impossible to understand the result.”

La Blaugrana looked dominant in the first half, with goals from Lionel Messi and Pedri within 10 minutes of each other to put them 2-0 up. The story in the second half, however, was entirely different: two goals from Molero and Morales saw Levante equalise within a span of 2 minutes.

Despite a 64th minute goal from Ousmane Dembélé, Barcelona were unable to hold the lead, conceding in the 83rd minute to an equaliser from Leon.

“It’s not normal to concede two goals in three minutes. We didn’t defend well, and Levante performed well. They scored 3 goals in 45 minutes.”

Barcelona were lauded as the likely title winners last month, but with an especially poor run of form recently, there still appeared to be hope with the game against Levante, which if won, would put the Catalans (albeit temporarily) to the top of La Liga.

With this draw, the chances of winning the league look slim to none. On this, Koeman commented: “The situation is so complicated now. It depends on the results of the others, of course, but it’s very complicated.”

Indeed, the inability to win La Liga is likely to be the reason the Dutchman is sacked, if he is, with the loss against Granada not going down well with Joan Laporta, who allegedly contacted Xavi as a potential replacement for Koeman next season.

The manager’s future has been in question owing to poor performances against elite clubs and failures in decisive moments in the league. Asked about his future, the coach emphasised:

“Coaches are always questioned. I totally understand that. I take full responsibility as a coach. I asked the players between the halves to play with intensity, but it didn’t happen. I’m sad, we were two goals ahead.”

Asked about what faults led to such an overturned result which saw a 3-3 tie after going two goals up, the Dutchman suggested “No one can be blamed individually. It was the whole team, defensively, that hasn’t been on their level. Conceding three goals in 45 minutes is too much.”

Finally, regarding his motivation for next season, which he has reportedly already been planning for with leadership at the club, Koeman stated:

“This is a difficult question to answer after today’s loss because I was focused today and frustrated by the result. The next few days, we’re going to be here for the next games, and then for next season.

“Tomorrow, we have to move on, prepare for the next two games, and next season. But first, we have to reflect on today’s draw.”

Barcelona face Celta Vigo on Sunday, although with despicably grim chances at winning the league after a formidable run of form in 2021 which saw Koeman’s position as manager secured for the time being, a role which has since been brought into heavy questioning.