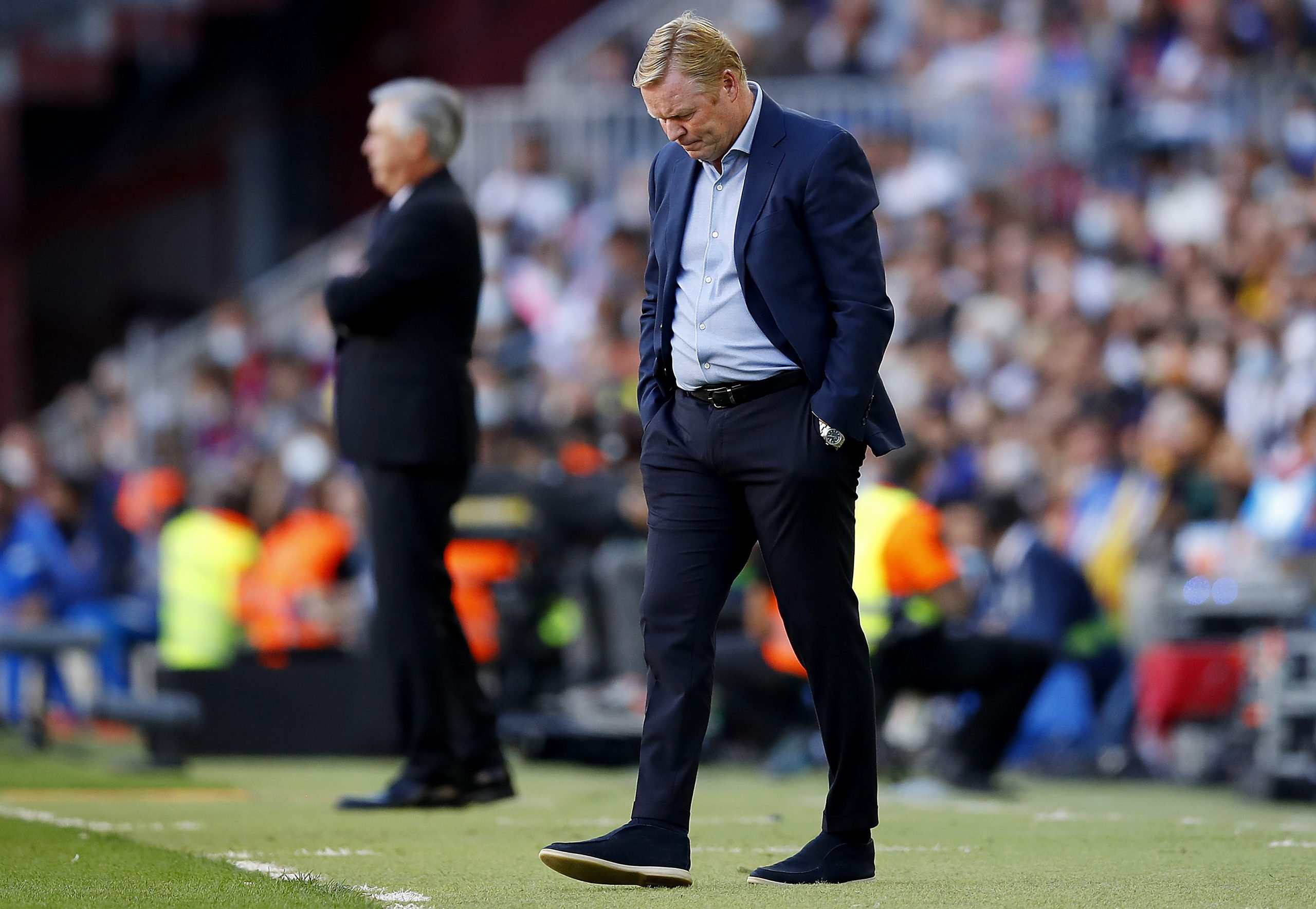 Barcelona face Rayo Vallecano on Wednesday night in La Liga as they look to bounce back to winning ways after Sunday’s El Clasico defeat to Real Madrid.

Ahead of the game, manager Ronald Koeman sat down to face the press and addressed various topics ranging from injuries to form and the contract situation of star forward Ousmane Dembele.

On the prospect of facing Rayo Vallecano, the Dutchman said: “Tomorrow we face Rayo, a rival that made things tough for us last season in the Copa del Rey. We must continue in line with the last matches in which we have done things well.”

Koeman then opened up on the incident that took place after the game against Real Madrid, when a set of angry supporters attacked his car on his way out of the stadium. “The incident with the car? It is a social problem… These are people who have education problems, they don’t know what values are. The vibe in the stadium was the opposite and you shouldn’t look at these people,” he said.

The Barcelona manager then addressed the topic of injuries, revealing that no return dates were set for the trio of Pedri, Ronald Araujo and Ousmane Dembele as things stand. “We are all worried about the injuries, it came out in the press that I am pissed off about this issue… We talk every day and there is no need to get pissed off. We do not set a return date for Pedri, Dembélé or Araújo,” Koeman said.

On the precarious situation with regard to Dembele’s contract, the 58-year-old added: “We want Ousmane Dembelé to stay with us, he is an important player, our goal is for him to renew. If he does not, we will have to react in the best possible way. We have not decided our strategy in case he does not renew.”

Koeman then expressed doubts regarding the availability of teenage prodigy Ansu Fati for the contest, saying: “Ansu had some discomfort, but not in the knee. He is on the list, but it is still a doubt, tomorrow we will decide if he can travel.”

On the condition of Sergio Aguero, who scored his first Barcelona goal against Real Madrid, he added: “He has improved a lot physically. I think he is not yet ready for 90 minutes, but he is in a position to start the game or play for a big part in the second half.”

Koeman also spoke about the lack of game-time for youngsters like Yusuf Demir and Riqui Puig, saying: “Demir is young, he had his minutes at the beginning of the season, it is not easy to be at Barça level, he is waiting for opportunities. Riqui Puig has a lot of competition and we choose what is best for the team.”

Talking about Memphis Depay’s recent decline in form, the Barcelona boss claimed: “Memphis has not been able to be decisive in the last games, but he is critical of himself, we try to improve things, he knows perfectly well that he has to improve.”

“The other day I loved the game, not the result of course, but the atmosphere after so long… The game was decided by details because we did not deserve to lose and we were not lucky.”