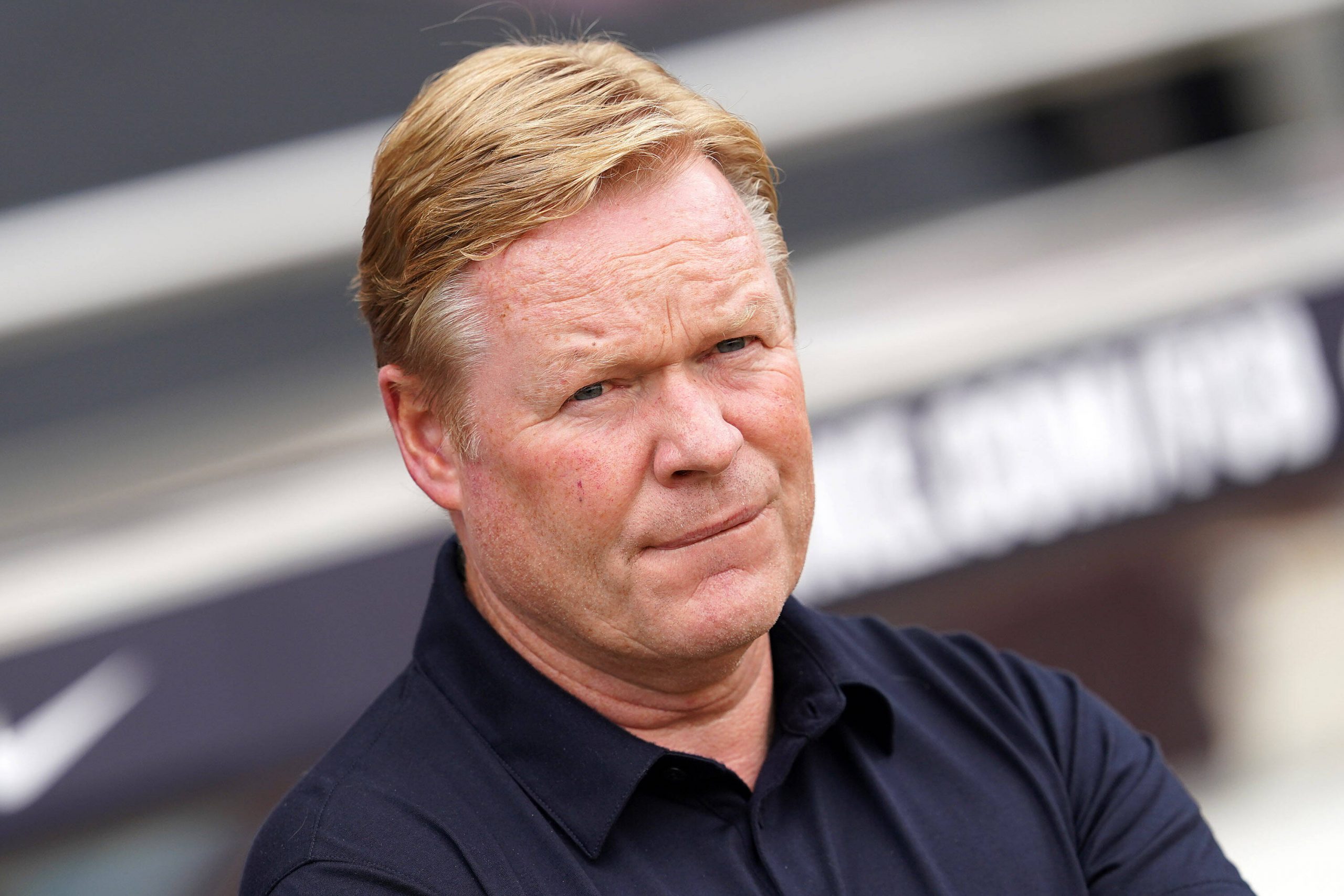 With Barcelona playing Granada on Monday night in La Liga, it seems like manager Ronald Koeman is set to try out a new attacking combination.

It has been an up and down start to the season so far for Barcelona, who have come under immense pressure following the midweek defeat to Bayern Munich in the UEFA Champions League.

Currently ninth in the La Liga table, Barcelona are four points behind leaders Atletico Madrid, with two games still in hand. And, in a bid to make up that gap quickly, Koeman has seemingly devised a new strategy with a new frontline set to be deployed.

Indeed, as per SPORT, Koeman, after having set his team up in a 3-1-4-2 setup in the defeat to Bayern, is set to revert to a 4-3-3 on Monday night. And forming the attacking trifecta in the formation will be new signings Memphis Depay, Luuk de Jong and the returning Philippe Coutinho.

Depay, having arrived in the summer from Olympique Lyon, has been one of Barca’s few positives in the new season. Able to play anywhere across the frontline, the ex-Manchester United forward has looked dangerous every time he has taken the field in Barcelona colours.

As for de Jong, his selection is unlikely to inspire much confidence among the fans considering that he managed to score just nine goals in 40 games for Sevilla in the 2020/21 season. While he does bring something different to the table in comparison to the rest of the Barcelona attack, it still remains to be seen if he can be an effective option for the Catalans.

Finally, it will be Coutinho who takes up the third slot in the attacking trident, as per the report, as the Brazilian edges closer to his return after nine months out on the sidelines. In case he is not fully fit to feature, the report states that Koeman could look at youngster Yusuf Demir as an option.

Given Coutinho’s form and fitness struggles at Barcelona and de Jong’s disappointing numbers last term, it would be natural for fans to be skeptic about this frontline where Depay may have to end up doing the heavy-lifting.

However, it must be noted that this will be, at best, a temporary fix, with Koeman likely to rely on the likes of Ansu Fati and Ousmane Dembele once they are fully fit and ready.