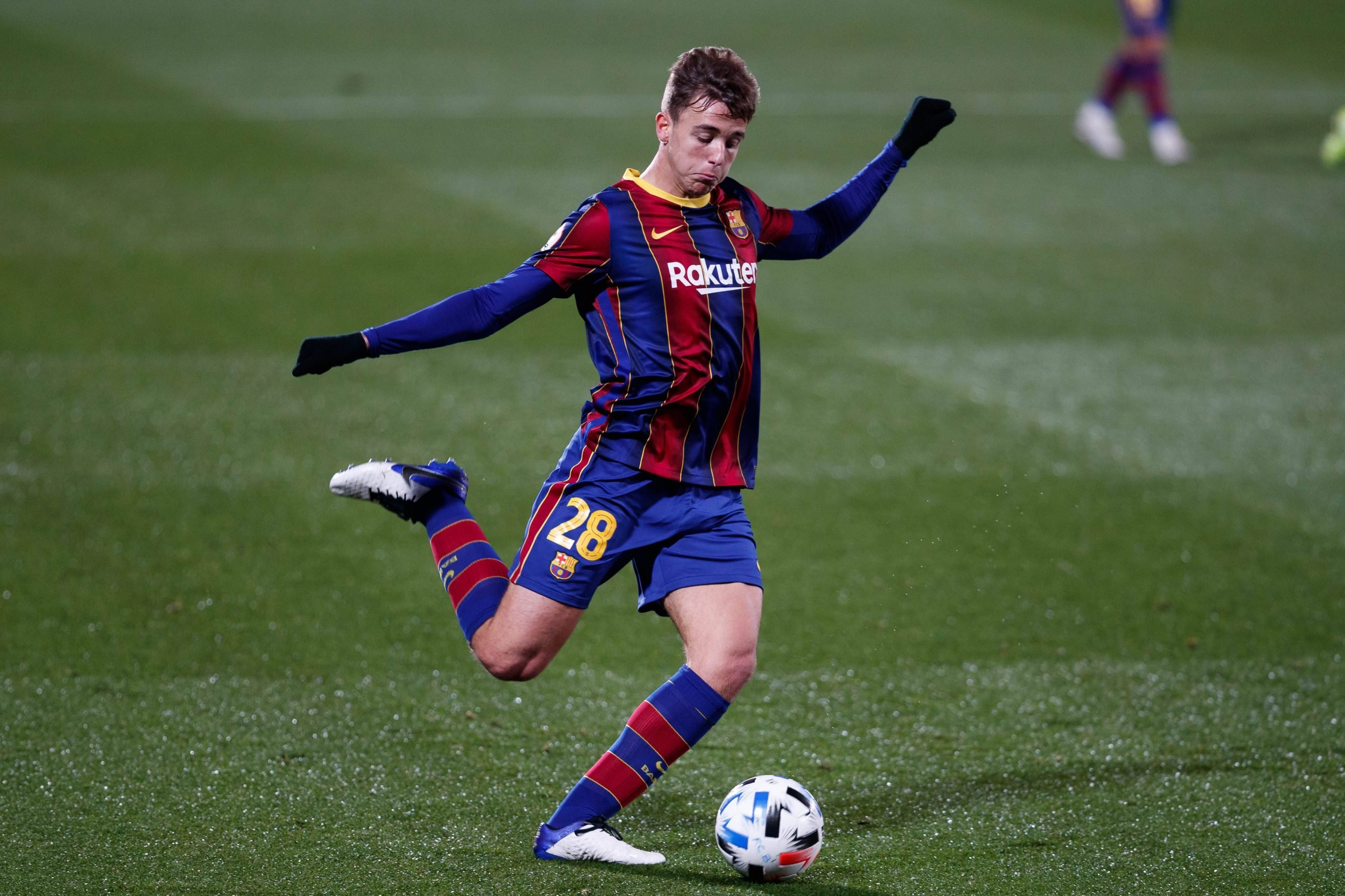 Despite being brought under scrutiny and criticism several times across the last few years, La Masia continues to prove a reliable outlet for talent to come through and take over the team in Barcelona. We saw ample proof the same last season as Oscar Mingueza, Riqui Puig, Ansu Fati, Ilaix Moriba got regular minutes with the first team.

Now, it is being reported by Mundo Deportivo that Barcelona B central midfielder Nico Gonzalez has impressed Ronald Koeman in training and will be awarded his debut with the senior squad tomorrow in the friendly against Nastic.

Nico was reported to be awarded chances in midfield this season, but it seems more obvious than ever now with the midfield stretched thin. Frenkie de Jong has occupied an offensive role in the team, which means Sergio Busquets is left without a replacement. Koeman thinks Nico can bring the much-needed grit to the midfield, adding depth on both ends of the pitch.

Ilaix was asked to play a similar role in the team last season, but given his contract problems, it will not be surprising to see him stay in the stands or be demoted to Juvenil A as punishment. As such, Nico can come in to replace him as a midfield deputy.

The 19-year-old boasts of incredible technique on the ball and is a Blaugrana at heart, rejecting offers to join Manchester City early in his career. On the back of the same, he was awarded a contract renewal in May with a release clause of €500 million.