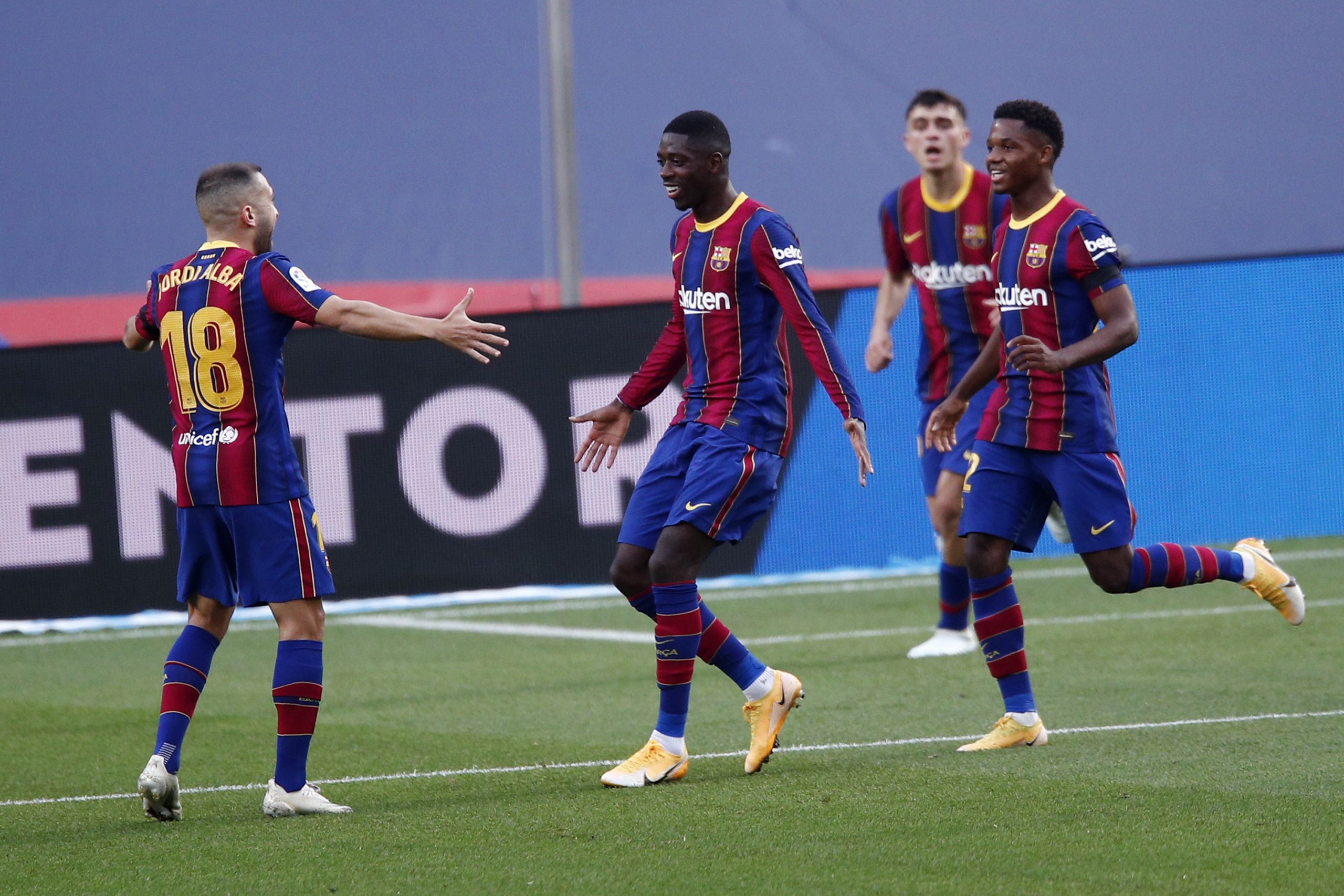 Ronald Koeman explained his thoughts on Ousmane Dembélé in an interview with Catalan newspaper L’esportiu. The Dutchman once again put emphasis on the French winger’s qualities and told that the player has improved his physicality and fitness.

“Dembélé has improved his physicality and fitness. There’s no denying his talent when he’s on form and fully fit. He has become better and better.”

Dembélé was highly criticised for his poor fitness level which was causing repetitive injuries, but currently — especially considering his performance against Real Betis — the player looks fully fit.

Koeman also added on Dembélé’s versatility of playing on both wings, something highly important for the Catalan club considering Ansu Fati’s 3-month-long (at least) injury:

“Dembélé is rapid and he’s great in one on ones. He can also play on both sides. I’m very happy with the work he has been doing recently.”

“Ousmane needs to give his all and show his quality like he has done now that Ansu is injured.”

With Fati out, it looks like Dembélé will have plenty of more opportunities to prove himself, and considering his recent performances, the 23-year-old is certainly on the right path.

The key here lies in how Koeman will use him, as the winger’s ideal role on the field remains unknown, but all starts with consistency in his form.