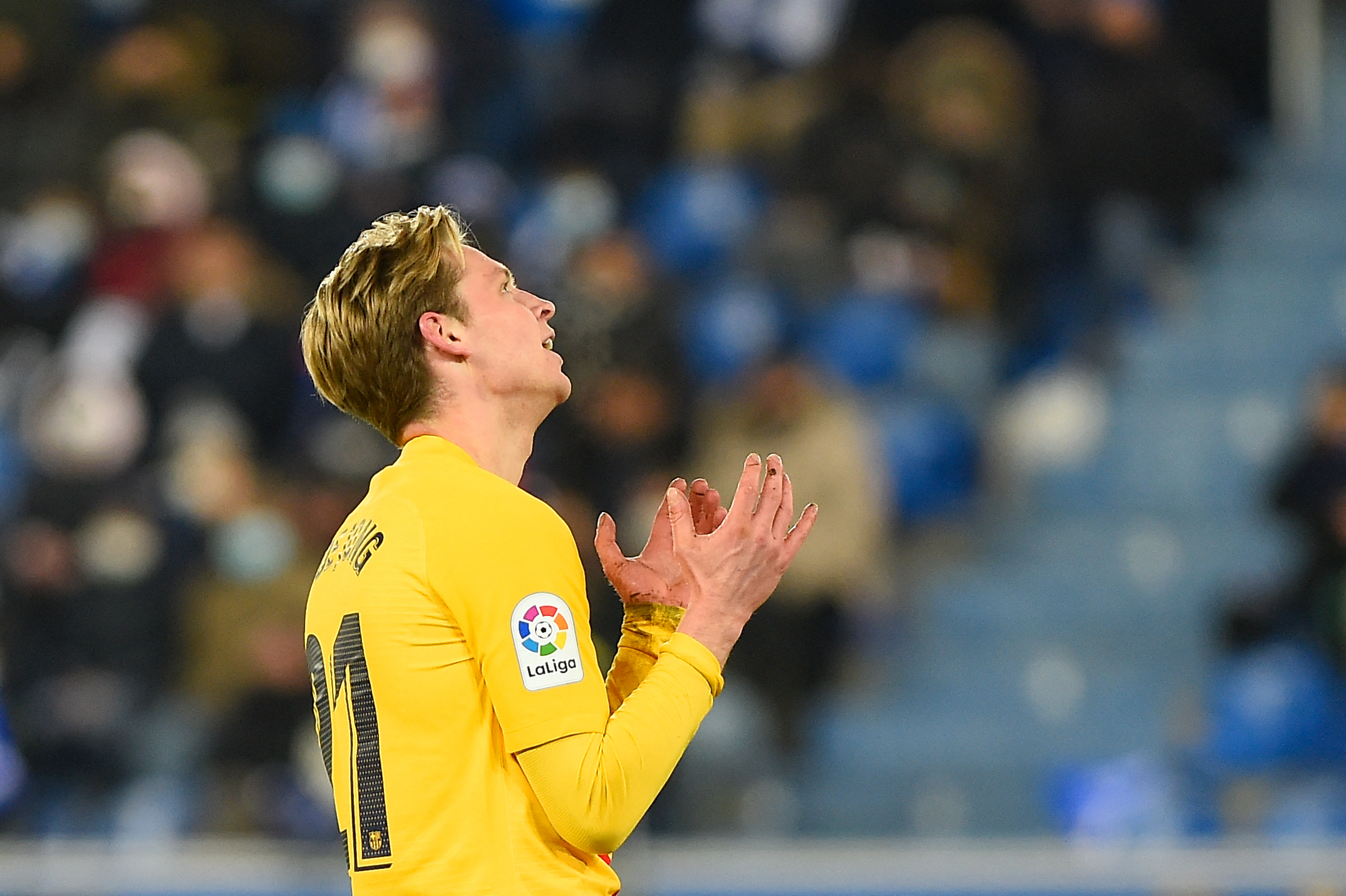 The meteoric rise of Nico Gonzalez, Pedri and Gavi has brought joy to Barcelona fans across the globe. The midfield seems spoilt for options now, with several players grabbing their opportunities to impress the manager.

However, this brings with it a unique problem of its own. While the Blaugranas indeed possess some of Europe’s best upcoming midfielders, only three can be regular starters. The worst hit by this problem has been Frenkie de Jong.

In a team where Sergio Busquets and Pedri are guaranteed starters, the Dutch International has had to fight it out with Nico and Gavi for a place in the team. Given the imperious form of the La Masia duo, the former Ajax man has found life difficult.

According to reports from Gazzetta Dello Sport via ESPN, Juventus are eyeing a move for de Jong in the summer.

Barcelona’s management are divided over the future of the Dutch protege. While one a part of it feels that he could be valuable to the team in the event of a double pivot system being adopted, many members prefer his sale to improve the club finances.

The youngster is undoubtedly one of the players in the team with the highest market value. His departure would not only clear the wage bill but also bring in significant revenue that could be reinvested on Erling Haaland.

This season, de Jong has scored two goals and provided two assists in 17 games. Notably, it was his late winner that gave Barcelona three points at Mendizorroza last week.