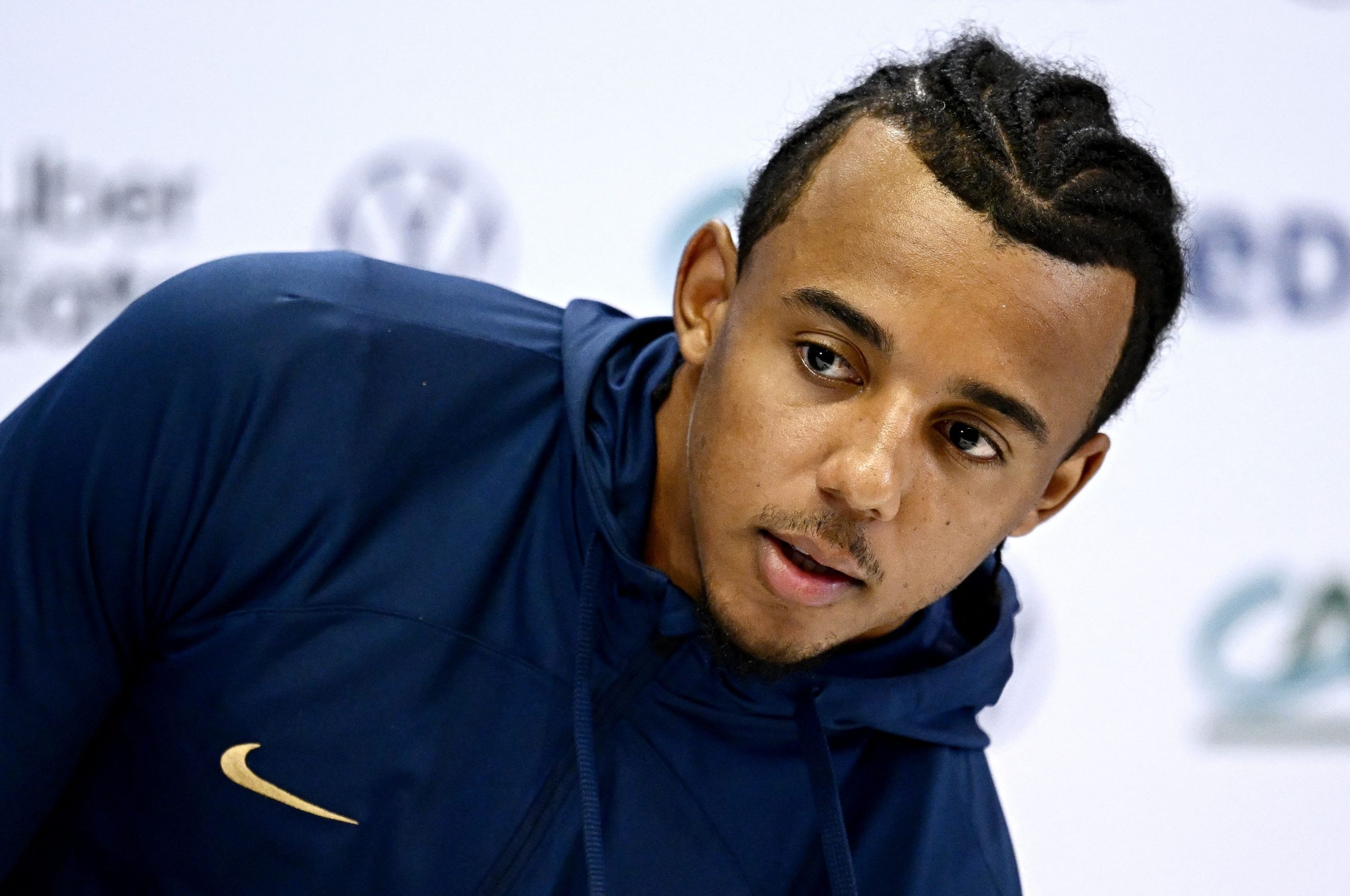 Speaking at a press conference ahead of France’s final FIFA World Cup 2022 group game against Tunisia, Jules Kounde shed light on his role within the national team and how playing alongside Barcelona teammate Ousmane Dembele has helped him.

The 23-year-old is primarily a centre-back but was utilised as a right-back by Les Bleus manager Didier Deschamps in France’s last game against Denmark, which they won 2-1. And Kounde had a solid game after having been picked ahead of Benjamin Pavard.

“I’ve always tried to do my best at right-back, I’ve never gone backwards, I’m progressing, especially on the attacking side, but there’s no reluctance,” Kounde said, as quoted by RMC Sport.

The Barcelona defender then insisted that he would open to playing at left-back if the manager asked him to, saying: “On the left? That’s another position, we’ll see what the coach decides. If I have to play on the left, I will do my best.”

Kounde then praised Dembele for his defensive work, insisting that their understanding helps him do better on the right side, as he said:

“It’s important to know what role we’re going to have, it’s allowed me to focus on that and to be even more relaxed. We played a few games together with Ousmane on that right side, I know what his strengths and weaknesses are.

“He was very impressive defensively, I was very happy to have his defensive support, he was precious.”

Kounde also spoke about his decision to join Barcelona in the summer, when he had other options like Chelsea on the table. The defender insisted that he wants to win trophies with the club and added that the La Liga title was the Catalans’ main aim this season.

“I made this choice because I wanted to win bigger things and it’s going pretty well even if at the moment the Champions League is a failure, but there are still a lot of things to play for, especially La Liga, which is still our main objective,” he said.

While Kounde moved to Camp Nou in the summer, his close friend, Aurelien Tchouameni ended up joining Barcelona’s arch-rivals Real Madrid. But the two have been reunited for the World Cup campaign and the defender said he was happy to be playing with the midfielder.

“It’s even more special to be able to share it with someone close to you, a friend. It’s not necessarily something we talked about when we were younger, but obviously as each of us goes through the stages, changes clubs, it starts to imprint itself in our heads, it makes it very special,” he said.

“We immediately had these similarities in our way of seeing football, our mentality. We have the same desire to succeed, that’s what binds us.”

Kounde was also effusive in praise of a former Barcelona player in Antoine Griezmann, who has found himself in a new role in the France setup, playing as a midfielder. When asked if he was surprised to see the veteran forward adjust so seamlessly, Kounde replied:

“Surprised? No, because I think he is a player who has a technical quality that allows him to do well in all positions. He is not used to playing in this position but I think he did it very well.”

“He’s a player who has the characteristics to make the effort for the team and it’s even more highlighted in that position with some of the returns from the tackles. It needs adjustments but he’s intelligent enough and the coach has discussed a lot with him.”

Speaking of how he deals with criticism that comes his way, the Barcelona defender said: “I read, I watch, I listen, I like to be informed, criticism is part of our job.

“You have to accept it, it’s better when it’s constructive, but I live it well with my family and friends, obviously sometimes it can affect our family and friends more than ourselves, we’re more used to it, we take it less to heart.”