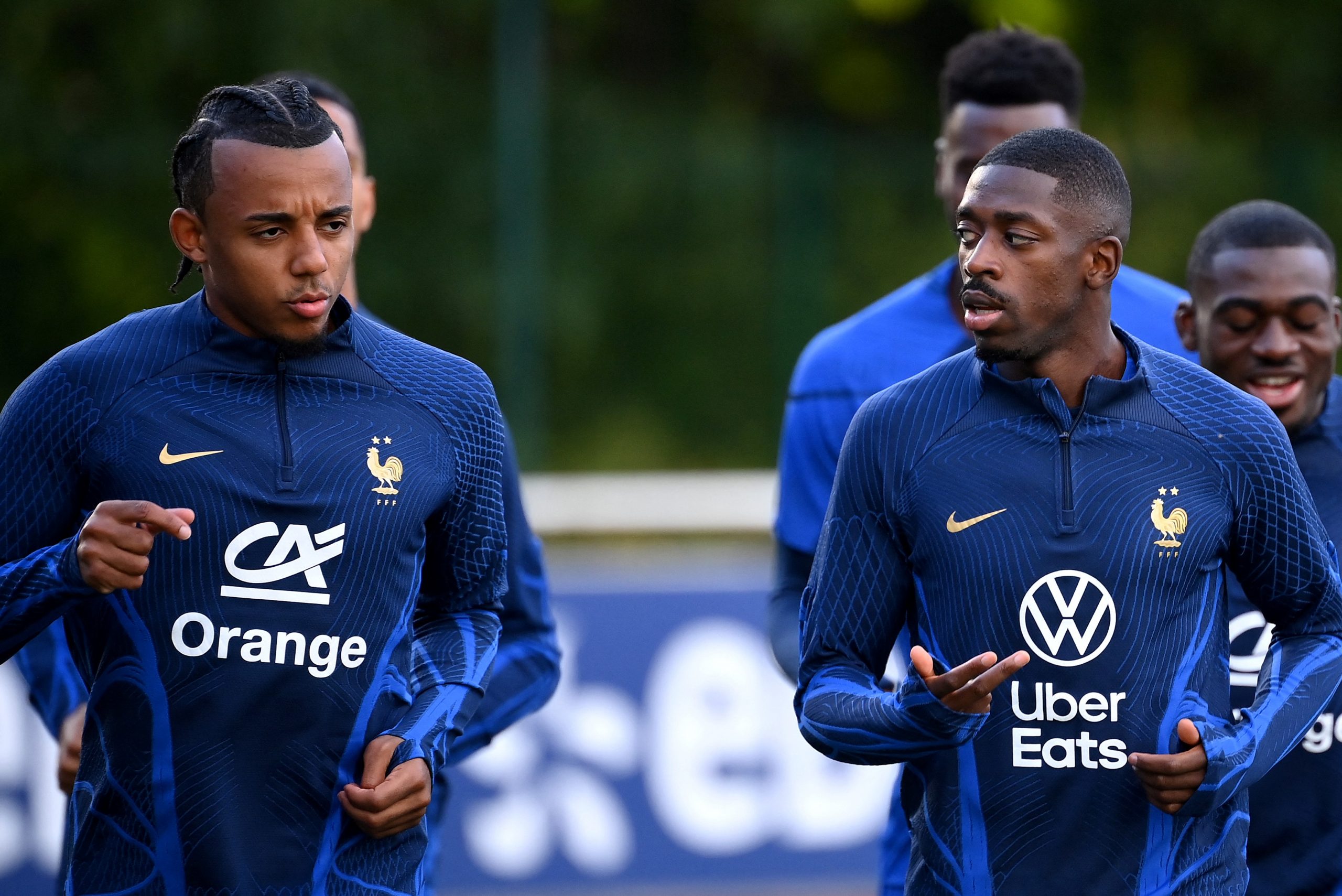 Jules Kounde was one of the many Barcelona players on the pitch during France’s clash with Denmark in the FIFA World Cup.

The Frenchman started in the right-back position, helping his nation secure a 2-1 victory over the Danes, who fought hard and even managed to find an equaliser that was scored by Andreas Christensen in the second half.

Speaking after the win, Kounde has remarked on his experience playing with Ousmane Dembele on the national team. The young centre-half revealed it was difficult to play as a right-back at the start, but he settled in rather well as the game progressed.

“In the beginning of the game it was difficult for me, but playing with Ousmane made it easier for me because we play together at Barcelona,” Kounde said (h/t BFMTV).

Kounde had joined Barcelona in the summer, on a big-money move from Sevilla. Since then, the defender had been sharing the pitch with Dembele, who had been a part of the Camp Nou setup since 2017.

Both Kounde and Dembele had started the game on the right hand side of the pitch, meaning it was essential for them to gel well and cause trouble for Denmark on the flanks.

The combination worked well at the end, with Dembele offering three key passes in the game, even though he was not among the best players on the pitch.

Kounde, for his part, was an influential figure from the right-back slot. He completed 42 passes and even though he was not as proactive going forward as left-back Theo Hernandez, the Barcelona starlet was able to provide the balance in defence.

With the win, France have now sealed qualification for the knockout rounds. But on the flip side, Christensen’s Denmark are on the brink of elimination and must secure a victory in their final league game against Australia in order to remain alive in the competition.