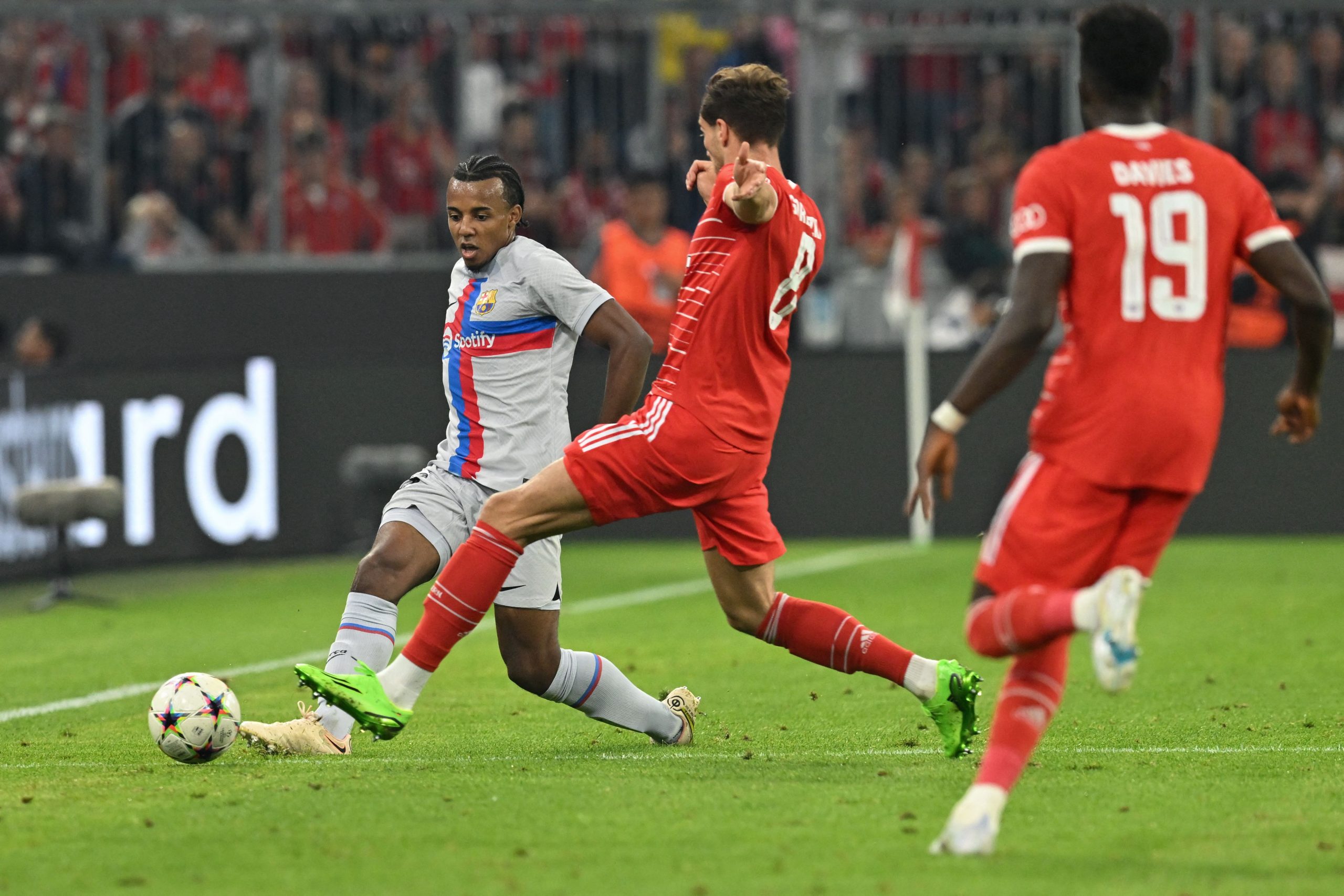 Barcelona were handed their first loss of the new season on Wednesday as old foes Bayern Munich defeated them 2-0 at the Allianz Arena in the UEFA Champions League.

For the majority of the first half, Barça dominated proceedings and created several big chances which they failed to convert. Those misses would come back to bite Xavi & co. as Lucas Hernandez put Die Roten in front early in the second half before Leroy Sane made it 2-0.

Barcelona searched for a way back into the game but there was none as they lost the fifth game in a row against the Bavarians.

Manager Xavi Hernandez was left disappointed with the outcome of the game and new signing Jules Kounde also reacted in a similar manner, admitting that the defeat was a bitter pill to swallow after the first-half performance.

“We played very well, but the result is hard to take,” he said. “They have punished us with set pieces and counter-attacks,” Kounde added.

On the missed chances by Robert Lewandowski, the Frenchman said: “Next time, Lewandowski will score the chances he missed today.”

On the display, he said: “We competed very well. It’s about details. What we lacked are goals. We got a little lost in the corner and conceded a second goal shortly after. We have to continue.”

Marcos Alonso, who made his first start for Barcelona on Wednesday night, also echoed the sentiments of Kounde, saying that the team cannot afford to miss chances against a side like Bayern Munich.

“In games against rivals like Bayern you have to take advantage of chances. They have top quality, they’re physically strong and obviously, they also create danger,” he said.

“We’ve been good. I think we’ve created enough to win or at least get a better result, but hey, let’s keep working.”

Alonso also insisted that there were still plenty of games left, saying: “It’s a missed opportunity, but there’s a long way to go and I think we have to stick with the positives from here.”