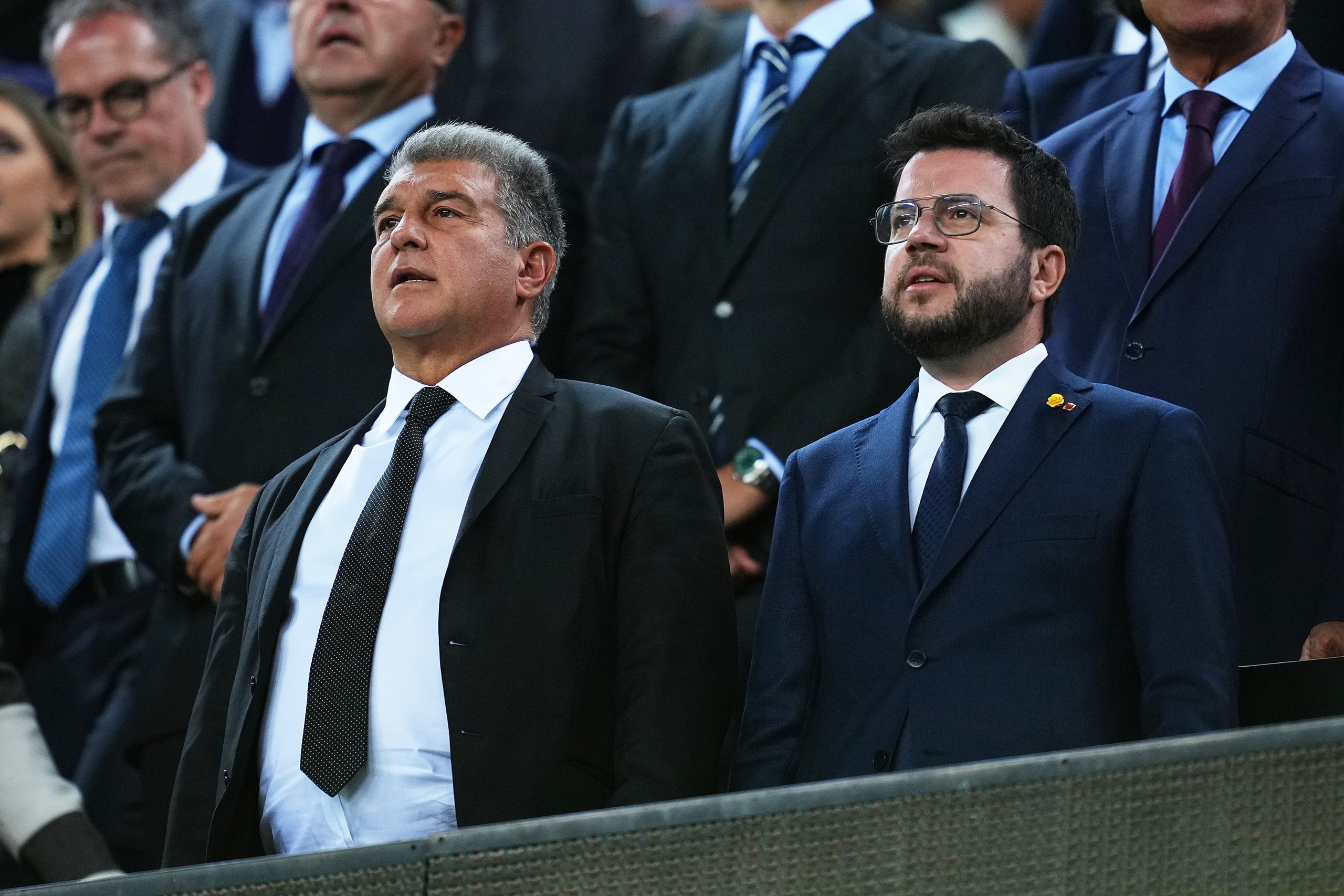 Barcelona president Joan Laporta was present at a solidarity gold tournament organised by Enric Masip at Golf de Sant Cugat. During the appearance, the club supremo interacted with the media and spoke about several topics concerning Barça.

Laporta lashed out at the three-match ban that had been handed to Robert Lewandowski and also confirmed the club’s concerns surrounding Ronald Araujo’s situation.

On top of that, he also discussed the future of former Barcelona skipper Lionel Messi, while also talking about the Spanish national team and the influence of Barça players within the La Roja setup.

Speaking about Messi, Laporta insisted that while the Argentine will always have a home at Spotify Camp Nou, he did not want to discuss the topic further out of respect for the club legend as well his current team, PSG.

“I have said it many times, Messi is a player and a person who will always be present in the collective memory of Barcelona fans and I am not going to comment anymore about Messi because he is a player who has a contract with PSG,” Laporta said (h/t Mundo Deportivo).

“I think it would be in bad taste for me to talk about these issues when he has a contract with another club. Out of respect for the other club and for the player himself, allow me not to go into issues related to Messi.”

Barcelona have as many as 17 representatives at the FIFA World Cup in Qatar, with eight of those in the Spain national team squad. Indeed, Sergio Busquets, Jordi Alba, Eric Garcia, Pedri, Gavi, Ferran Torres, Ansu Fati and Alejandro Balde are all part of the La Roja setup under Luis Enrique.

And so far in the tournament, the likes of Pedri, Gavi, Alba, and Busquets have been performing admirably so far in Qatar.

Talking about the impact and influence of the Barcelona players in the Spain squad, Laporta insisted that the credit must go to Xavi for the job he has done at the club as well as national team manager Luis Enrique, who has built a cohesive unit.

“It is also thanks to what Xavi is doing with our players,” Laporta said.

“I think it’s fantastic. It is a source of pride for FC Barcelona to see how our players and the national team are playing, how Luis Enrique is making them play, how he is handling it, taking on all the pressure, which is a way of relieving the pressure on the players, very young players,” he added.

“Players with great talent who are making the world fall in love, and it so happens that most of them are Barça players, to see these players with the talent they have and how they play as a team is really something to be proud of.”