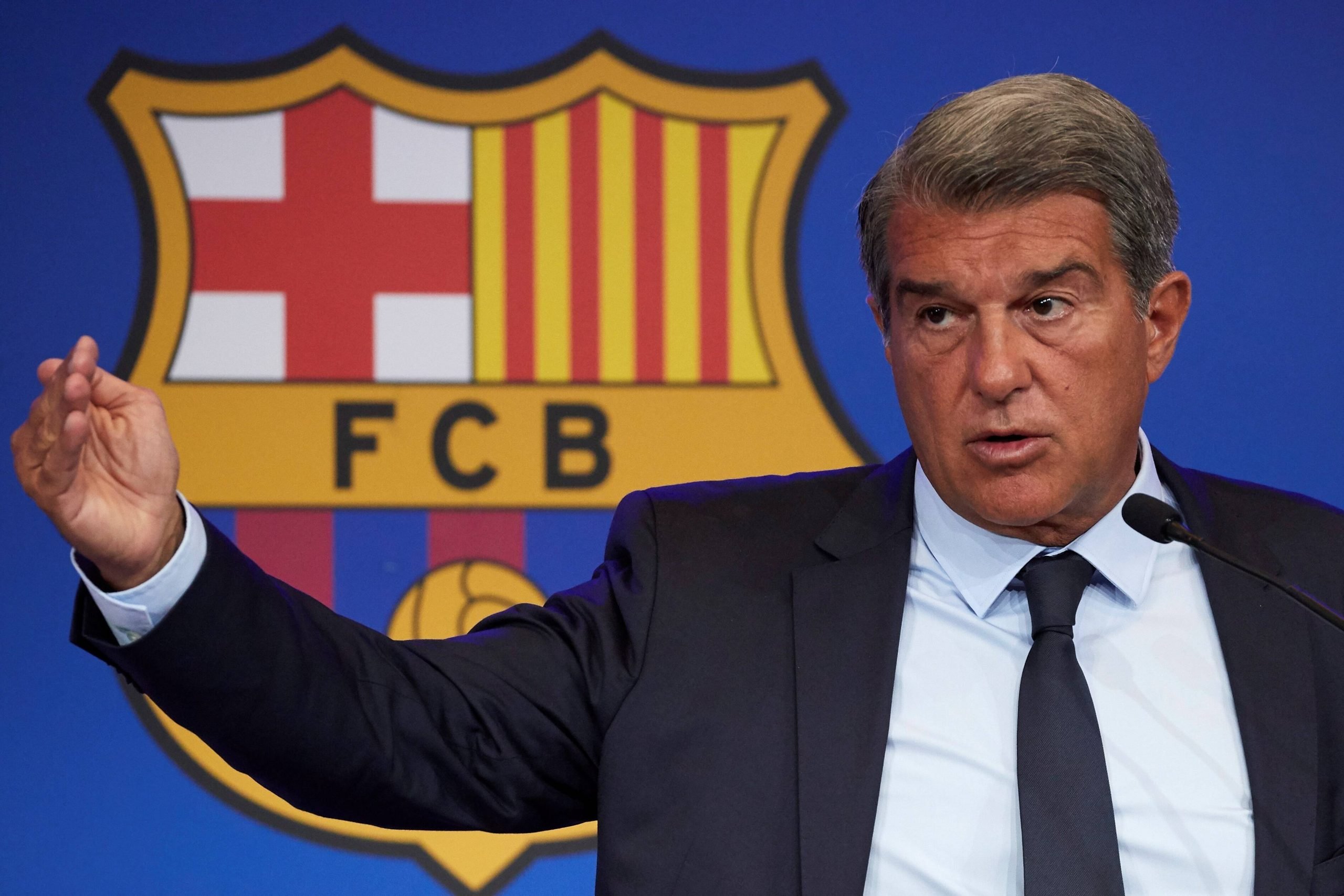 In his first appearance to the media since the end of an eventful transfer window, Joan Laporta spoke to Onze TV3 in a lengthy interview, recapping all the happenings of the last few weeks at Barcelona.

He spoke about everything from the finances, to the transfer business, including Lionel Messi and Antoine Griezmann’s departures, and the dealings of the club in the near future.

On Lionel Messi’s exit: “We were pressured to sign the CVC agreement with La Liga. We had a pre-agreement with Leo for a long time but in the end La Liga did not accept it.”

On whether he regrets being president after all the complications: “I don’t regret having become the President of this club. No, not for a single moment. I’m more determined than ever. The club is doing better, the club is still struggling but we have done a good job so far.”

On seeing Messi in a PSG shirt: “I saw Messi’s debut with PSG. It was a very strange feeling to see him with another shirt. I didn’t like it. I have not spoken with him since he left. We will have an eternal gratitude towards him. Messi will always be of Barça.”

On whether he will return: “This was not the end we had wanted for Messi at Barça. We’ll see. We will not close ourselves to anything.”

On the wage bill reduction: “I want to thank Alemany and everyone for the effort during the last weeks. Our wage bill has decreased from 110% to 80%.”

On the players’ contributions: We have some heroes at Barça: Piqué, Alba and Busi. Now we will continue with Sergi Roberto as well. They are very committed. It is admirable. It is emotional to see that they are willing to lower their salaries. Umtiti and other players in the squad are considering lowering their salary as well.”

On whether Griezmann leaving earlier would help Messi stay: “Even if Griezmann left before, Messi could not have stayed.”

On the next transfer window: “Next year we will be able to sign more normally and have more ambitious goals.”

On Ronald Koeman and the Cruyffist philosophy: “Ronald Koeman has my utmost respect. The Cruyff style, at Barça, is not negotiable.”

On whether he asked Koeman to play specific players: “I never asked the coach to play Puig, Collado and Umtiti. It would be ridiculous to talk about these topics with a coach, someone who has greater technical knowledge.”

On Luuk de Jong: “Having a player with his characteristics can help you at certain times. I’m excited to see him.”

On what went wrong with Griezmann: “I think we all expected more from him, but he gave everything. He didn’t fit in our system, he was not the player we needed. He has always had a very good attitude. I have sent him a message wishing him that everything goes very well.”

On Atletico Madrid’s purchase option for him: “Griezmann must play 50% of the games that he’s available for Atlético Madrid’s buy option to become mandatory.”

On Gerard Pique: “Piqué has been spotted surfing? Piqué knows himself very well. I have called him several times and he tells me that he is fine. We will have him available soon. He won’t be sanctioned. He has shown his professionalism. Piqué has all the qualities to be a good president, I have always said that.”

On the Super League: “The project is alive. UEFA cannot act against us. We will see what the courts say. All the pressure put on the English clubs is useless if the courts accept the project. If the Super League goes ahead, it will be the most attractive competition in the world and it will help a lot financially.”

Laporta then dropped a bombshell about Neymar, saying: “Yes, we tried to sign Neymar again. He contacted us and wanted to come.”

On selling Ansu Fati: “These are lies. Never. Ansu has been brave, he has accepted to wear the number 10 shirt.”

On PSG’s transfer business: “PSG have broken all the rules of financial fair play.”

On everything surrounding Alex Collado: “Collado and Brugge? When everything was done, at the last hour they wanted a mandatory purchase option and the player himself said ‘no’. We are trying to register him, but it will be very difficult.”

Collado is extraordinary. He has a lot of magic. He has something different. He is one of those players that the Barça fans like.”

On Xavi Hernandez: “We have a great relationship, nothing has changed. I like him a lot both as a person and professionally. He knows what role he will have in the future.”

On what has changed about Laporta personally: “I’m still the same, with more experience, yes. I continue with the same desire as always.”