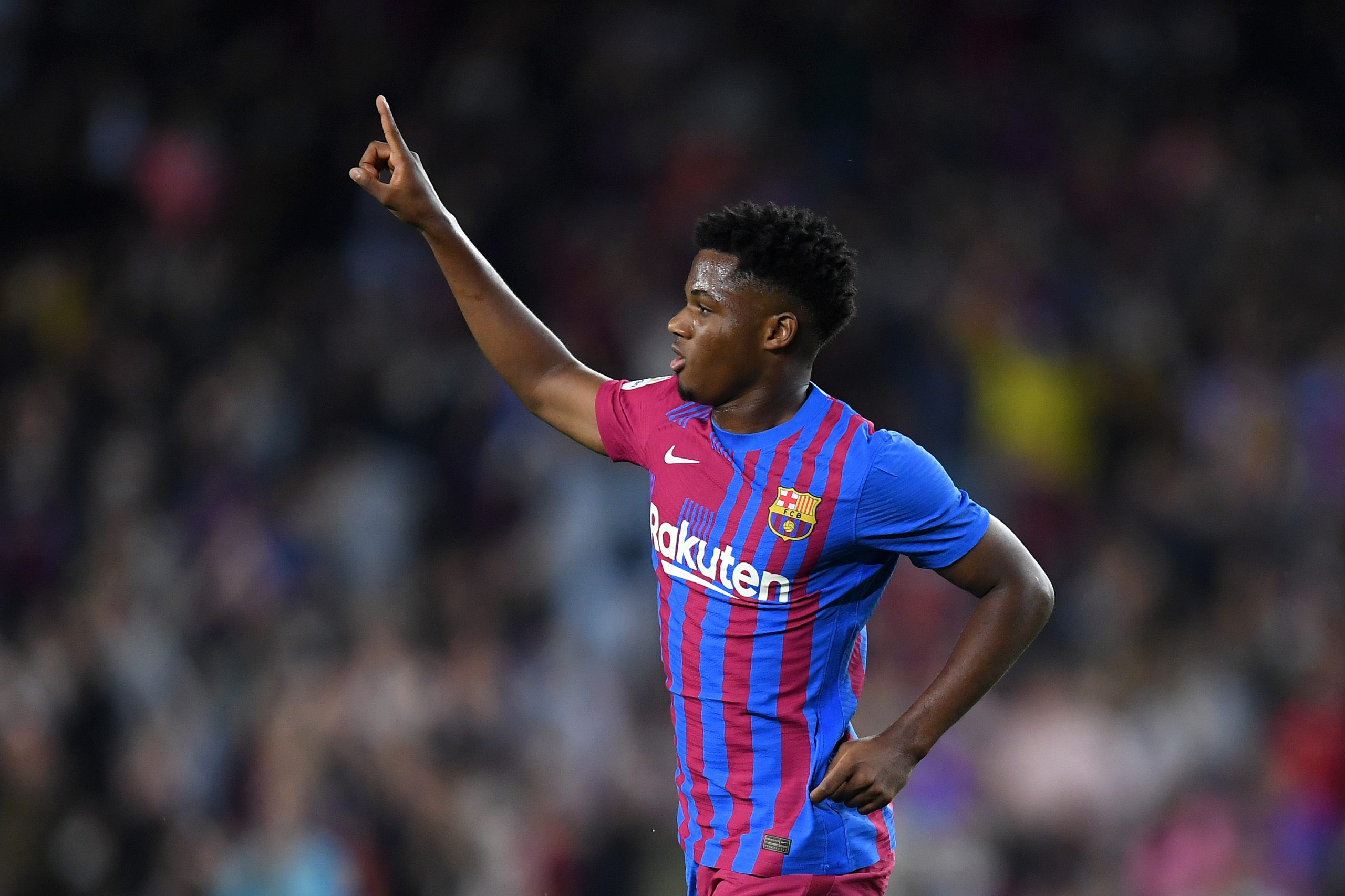 In a very short career at the highest level, Barcelona youngster Ansu Fati has carved out a huge reputation for himself.

A product of the famed La Masia youth setup, the forward broke into the first-team in the 2019/20 campaign and has grown leaps and bounds ever since. Last season was a difficult one for the teenage prospect as he was sidelined for the entirety of the campaign with a serious knee injury.

Upon returning this season, Fati has endured recurring fitness issues, but has shown his brilliance each time he has taken the field. The Spanish international was handed the No. 10 jersey by Barcelona upon the departure of Lionel Messi and he has justified the faith with some match-winning displays.

Prior to his latest injury, which could see him get sidelined for up to three weeks, Ansu Fati had produced a tally of four goals and an assist in just eight games across all competitions. There is a reason why he is regarded as one of the brightest youngsters in the game, which prompted Barca to safeguard his future by handing him a new contract with a €1billion release clause.

Now, La Liga president, Javier Tebas, has lavished huge praises on the Barcelona prospect, claiming that he is as good as Paris Saint-Germain superstar Kylian Mbappe, if not better.

Speaking to COPE, Tebas said: “Ansu Fati is better than Mbappé. Or at least at his level.”

That is huge praise for Ansu, considering that Mbappe is considered as one of the best forwards in the game currently. The PSG superstar burst onto the scenes as a teenager at AS Monaco and has gone on to achieve great heights since.

If Fati’s career also follows a similar trajectory, Barcelona will stand to reap great rewards in the years to come.