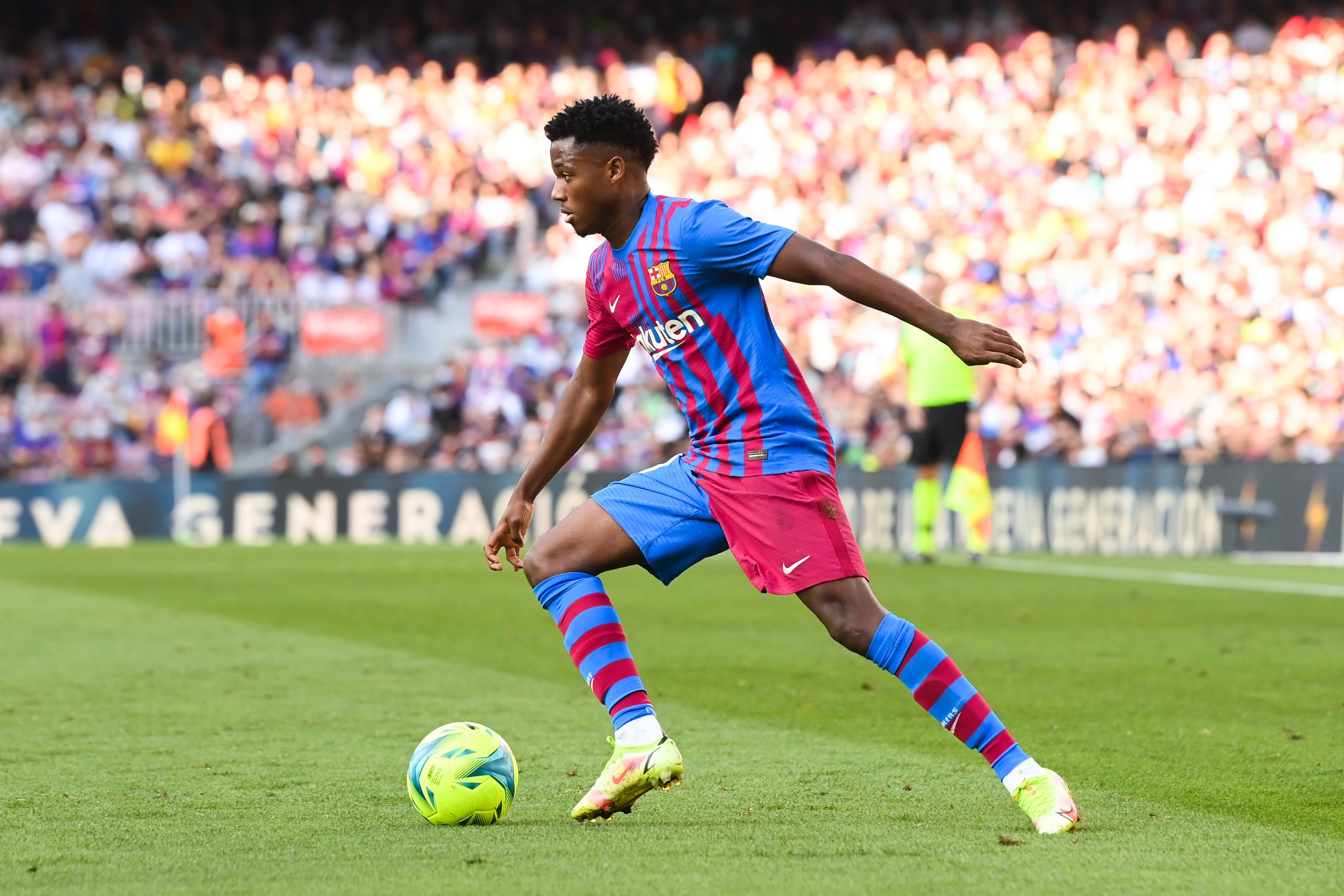 Barcelona have received some positive news on the injury front as key man Ansu Fati could be available for selection sooner than expected earlier.

The 18-year-old picked up a hamstring injury in Barca’s most recent La Liga game against Celta Vigo, coming off at half-time at the Balaidos. While the club did not provide any information about the duration for which he will be sidelined, reports claimed that the La Masia graduate could be out for a period of four to six weeks.

But, a fresh update from Mundo Deportivo brings good news for the Barca fans as Ansu Fati could be back available earlier than initially expected.

The report states that the teenage prodigy visited reputed physiotherapist Juan Joaquin in Madrid after picking up the injury in Vigo. The Spanish international did a lot of rehabilitation work under his guidance while recuperating from his serious knee injury over the last year.

And after having consulted with him, it is now being claimed that Ansu’s latest injury is not as serious as initially believed. In fact, the report adds that the 18-year-old could be back available at the disposal of new manager Xavi Hernandez in three weeks.

This will come as a great boost for Xavi and Barca, considering Ansu Fati has been in top form this term. After making his return following a lengthy absence of almost a year, the forward has scored four goals and set up one more in eight games across all competitions.

Ansu Fati was also on target in the match against Celta Vigo, during which he got injured. With Xavi looking to turn things around at Camp Nou after a poor start to the season, he will need the teenager back fit and available at the earliest possible.