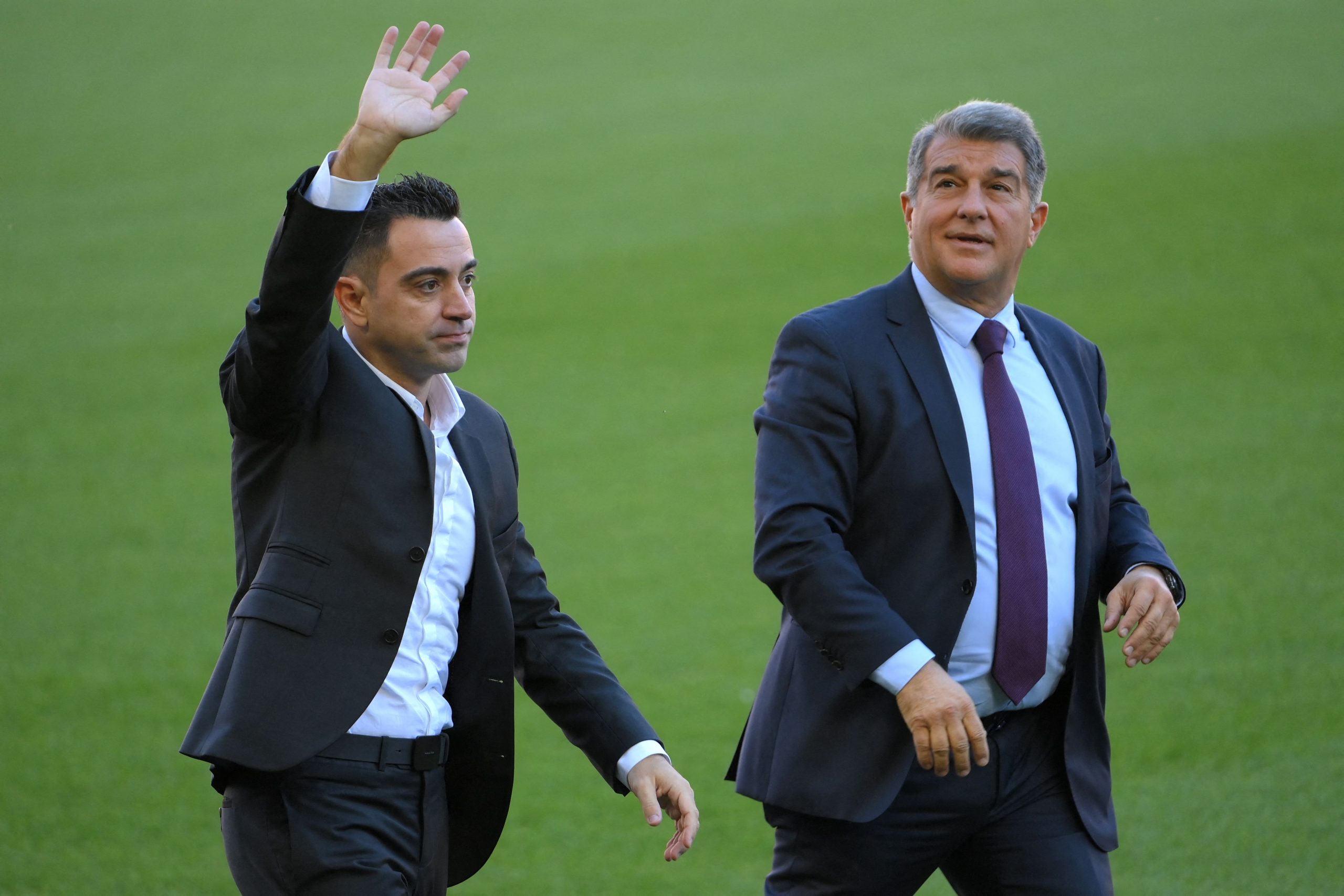 Ahead of the next season, Barcelona have their eyes set on three players as a priority this transfer window. Namely, these players are Robert Lewandowski, Jules Kounde, and Bernardo Silva.

While all three are blockbuster names in European football, Barça are confident about completing the signing of the trio, according to Alex Pintanel.

Lewandowski is unquestionably Xavi’s top priority ahead of the 2022/23 season. The Bayern Munich striker has a year left on his contract, and will be available for a discounted price in June.

He has been rather vocal about his desire to leave Munich even though the club officials at Allianz Arena are adamant about keeping the Pole for another season, at the very least.

There have been contradictory rumours about Lewa’s transfer fees and Barcelona’s offers in line with the same. Some suggest that the Catalans have made two official bids already, both of which have been rejected, while others suggest Bayern are yet to respond at all.

Gerard Pique, at 35, is at the last juncture of his career, and will likely retire at the end of the 2022/23 season. Barcelona must be prepared for his exit beforehand, and are eyeing a move for Sevilla’s Kounde.

The Frenchman has a price tag of €65 million on him, which the Blaugranas will look to negotiate. They want to add a player in the deal to lower the quote, with Sergino Dest seen as the prime candidate.

Chelsea are Barcelona’s main rivals in Kounde’s pursuit, but are leaning towards Matthijs de Ligt and Presnel Kimpembe over the 23-year-old, according to recent reports.

The most expensive and least likely of the three, Bernardo looks to be on the exit ramp at Manchester City once again this summer. The defending Premier League champions have demanded around €90 million for him, and are under no pressure to sell.

Barcelona can afford his signing, but it comes with several asterisks. First and foremost, they need to finalise the sales of their economic levers, which might bring in €300-400 million.

More importantly, Frenkie de Jong needs to move. The Dutchman is linked to Manchester United, with Bernardo deemed as his replacement.