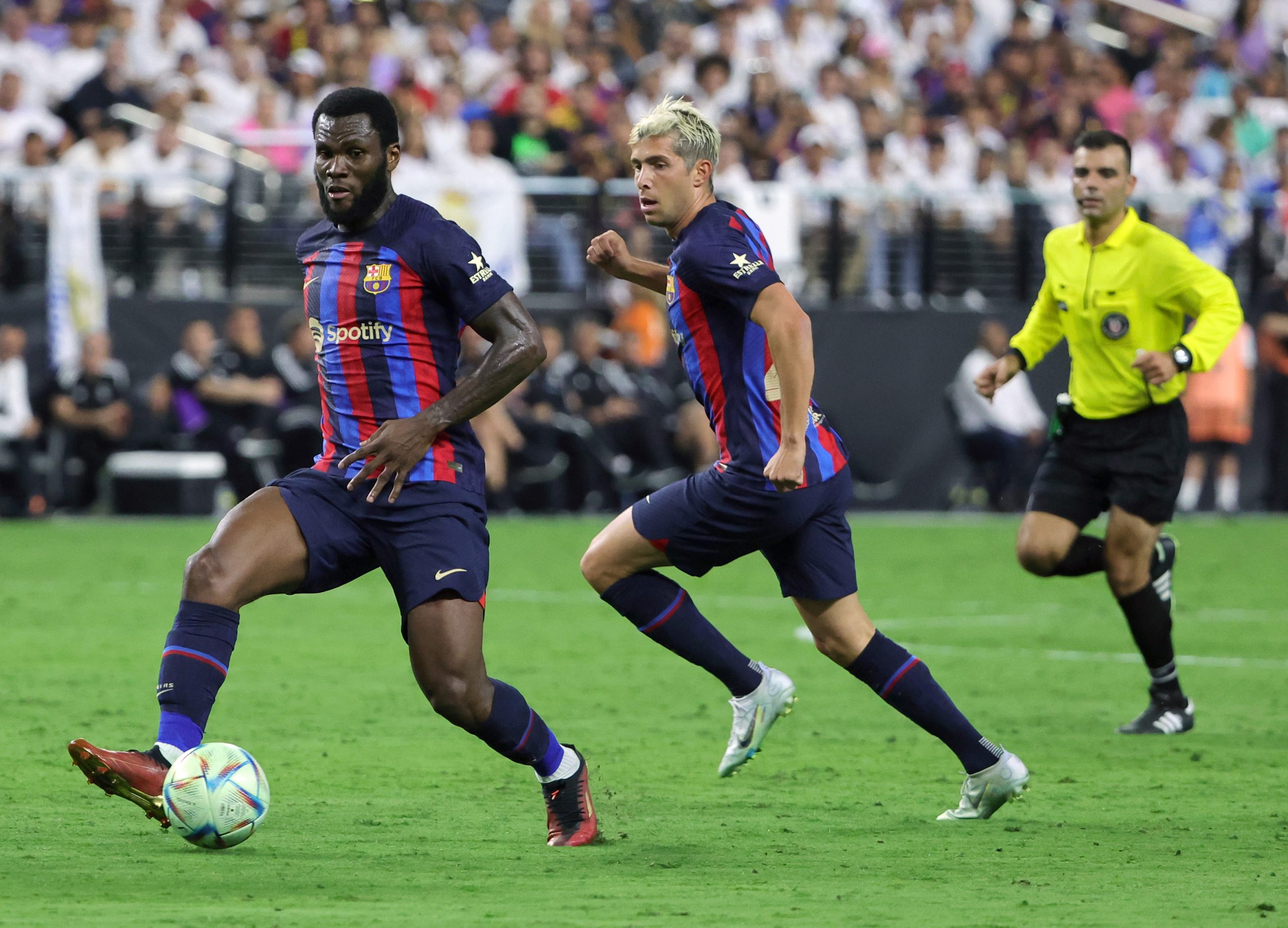 According to Mundo Deportivo, injured Barcelona duo Sergi Roberto and Franck Kessie are expected to be ready in time for the club’s next match against RCD Espanyol on December 31.

With the FIFA World Cup 2022 set to start in a few days, club football is on a hiatus and Barça played their final game before the break this past Tuesday when they picked up a win over CA Osasuna.

The current La Liga leaders will next take the pitch on New Year’s Eve when they lock horns with local rivals Espanyol in the Catalan derby. And, they could be given a double injury boost for that contest with Kessie and Roberto likely to be back in action.

Roberto suffered a dislocated shoulder on October 23 in the tie against Athletic Club, a match in which he had put in a starring display as the Blaugrana cruised to a 4-0 victory.

The versatile defender was ruled out for six weeks following the injury and should complete his recovery over the World Cup break and be ready in time for Barça’s next game against Espanyol.

As for Kessie, he sustained an injury to his hamstring during Barcelona’s final UEFA Champions League encounter against Viktoria Plzen on November 1. The Ivory Coast international is also sidelined for a month and a half.

With his national team not qualifying for the World Cup, Kessie will have sufficient time to complete his rehabilitation over the coming weeks and become available for the Blaugrana’s derby encounter versus Espanyol.

Barcelona are currently at the top of the La Liga standings and have a two-point lead over arch-rivals and reigning champions Real Madrid.