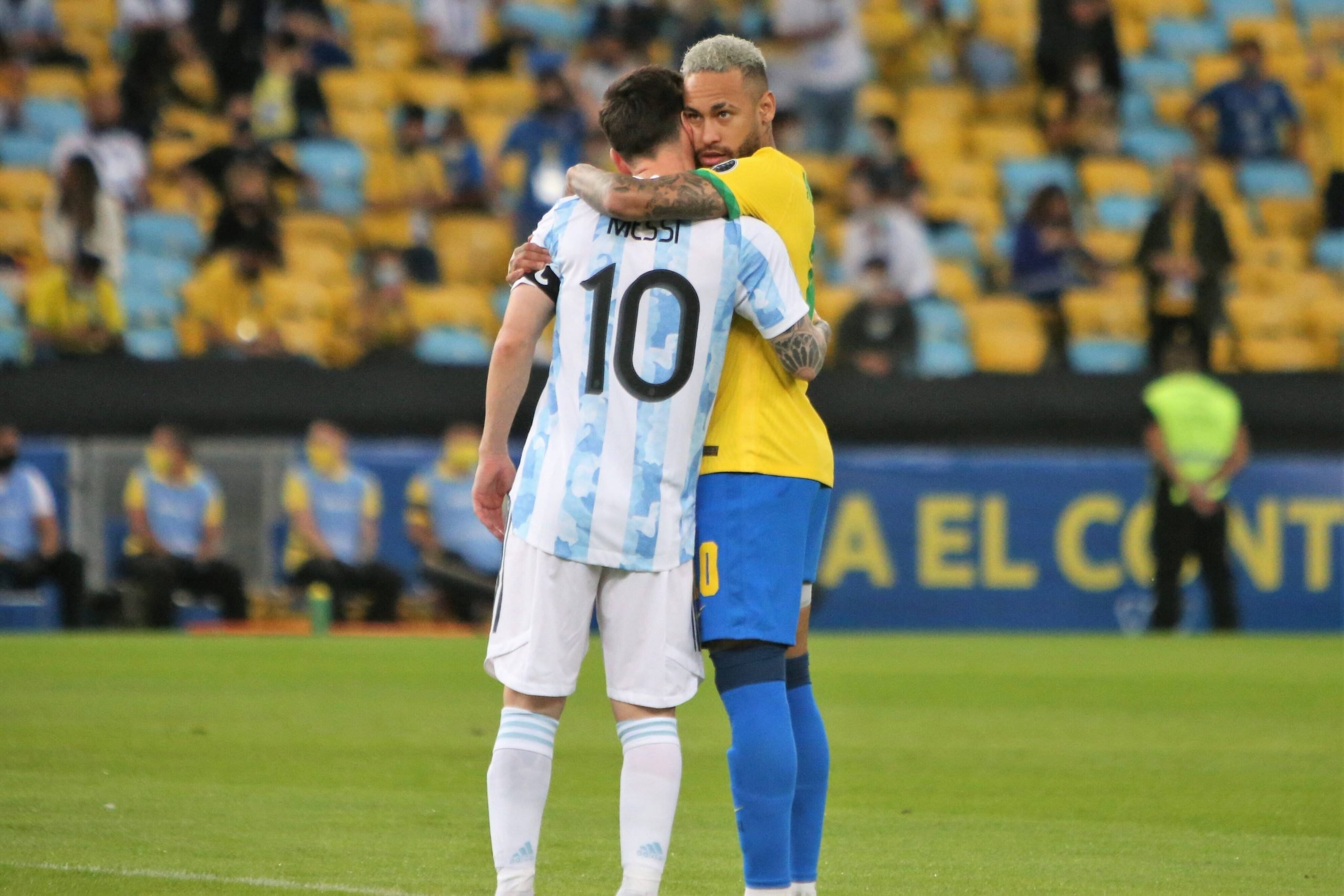 Saturday night was a special occasion for Argentina and Lionel Messi. After 28 years without a major trophy, La Albiceleste lifted the 2021 Copa America, downing arch-rivals Brazil 1-0 at the iconic Maracana Stadium.

It was also the first-ever major trophy that Messi has won with the national team, after having faced heartbreaks on multiple occasions over the past decade. The Argentine skipper also won the Golden Boot, having scored four goals while having set up five more as well, meaning he had a hand in nine of the 12 goals his team scored in the competition.

While the 34-year-old was full of joy and elation, at the other end of the stick was his close friend and former Barcelona teammate, Neymar, who was left in tears after the defeat. Like Messi until Saturday, the Brazil superstar is also yet to win silverware with the senior national team, having not been part of the 2019 Copa America-winning squad.

There was a genuine moment of warmth between Messi and Neymar after the game, as the two players shared a hug on the field. And, taking to Instagram after the game, the Brazilian posted a story, in which he hailed his ex-Barcelona teammate and congratulated him on his success.

“Losing hurts me, it hurts me, it’s something I haven’t learned to live with yet. Yesterday, when I lost, I hugged the biggest and best in history that I saw play. My friend and brother Messi, I was sad and I said to him ‘you won me’.

“I am very sad to be lost. But this guy is awesome. I have great respect for what he has done for football and especially for me. I HATE LOSS. But enjoy your title, football is waiting for you for this moment! Congratulations Hermano HDP,” Neymar wrote on his Instagram story.

Messi and Neymar were both named as joint Players of the Tournament, CONMEBOL confirmed, for their contributions to their respective teams at the 2021 Copa America.