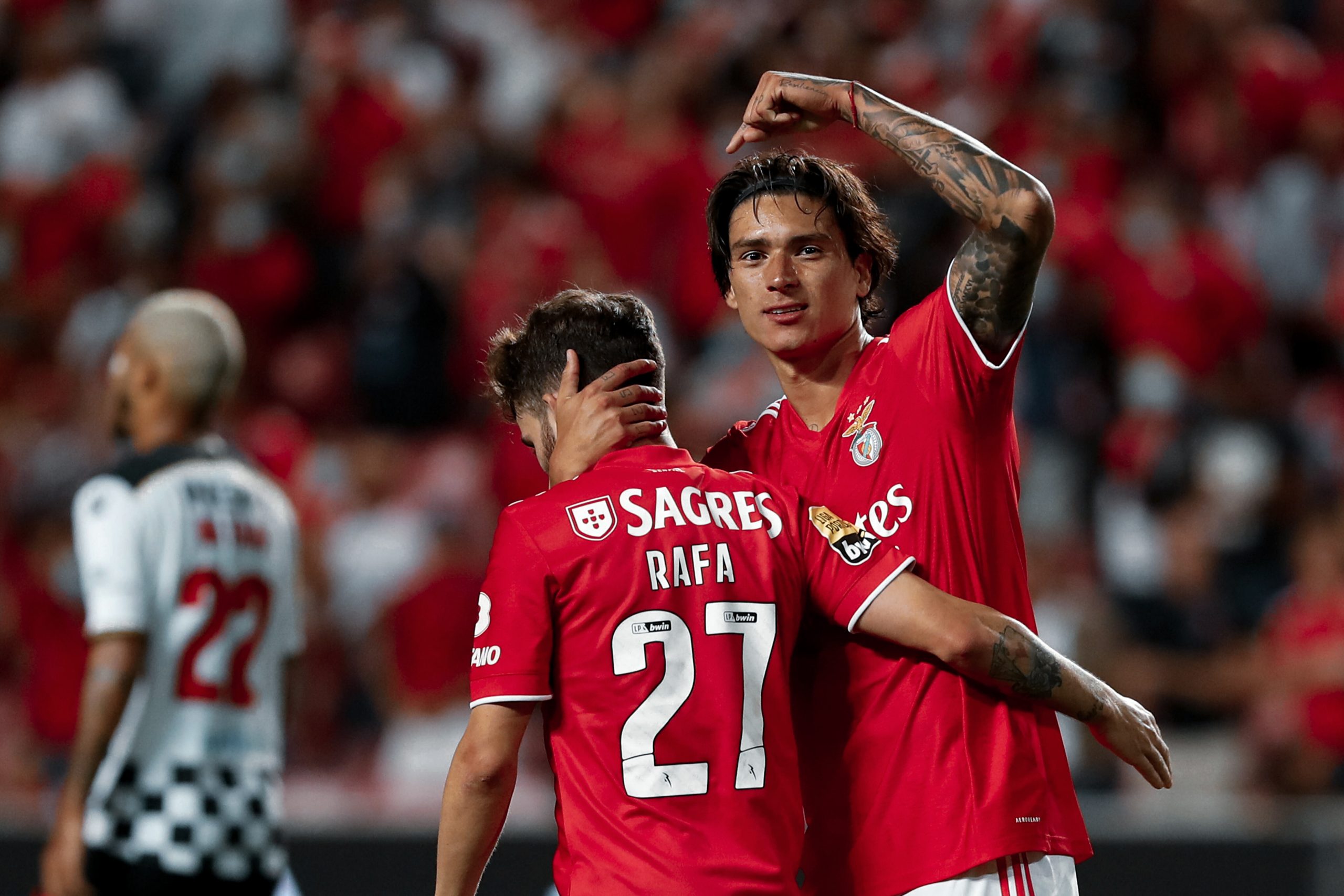 At 9 PM tonight, Barcelona will play at the Estadio da Luz in Lisbon for the first time since August 2020. That was, of course, the location of the infamous 8-2 defeat to Bayern Munich. Now, they will face Benfica in gameweek two of the Champions League.

The Portuguese side have had a red-hot start to their season, winning ten out of twelve matches. In fact, they have not yet lost in 2021-22 and lead the Primeira Liga with 21 points out of a possible 21.

The current Group E standings have Bayern first, Benfica and Dynamo Kiev tied for second, and Barcelona last. But, there’s still plenty of football left to be played. In anticipation for the match, let’s take a look at how Benfica may lineup.

Odisseas Vlachodimos will undoubtedly take the responsibilities of the gloves and posts as the starting goalkeeper. The Greek shot-stopper has an impressive 88% save percentage so far this campaign.

The Portuguese outfit typically play with a 3-4-3. Against Barcelona, the three centre-backs will most probably be the ever-dependable Nicolas Otamendi, Jan Vertonghen, and Lucas Verissimo. With plenty of experience between them, they will surely provide a challenge for Barcelona’s forwards.

At wing-back, ex-La Masia starlet Alex Grimaldo will slot in on the left, with Valentino Lazaro most likely on the right. Grimaldo is one to keep an eye on with a goal and two assists in only seven appearances.

In the midfield, the pairing should be Julian Weigl and Joao Mario, who have combined for four goal contributions so far this season.

Filling in the front three positions will be young Uruguayan forward Darwin Nuñez, Rafa Silva, and Roman Yaremchuk. While anything can happen, this trio has started the last two games and that should continue tonight. They have totaled 10 goals and 3 assists this season, and will be salivating for a chance to score against Barça’s shaky backline.