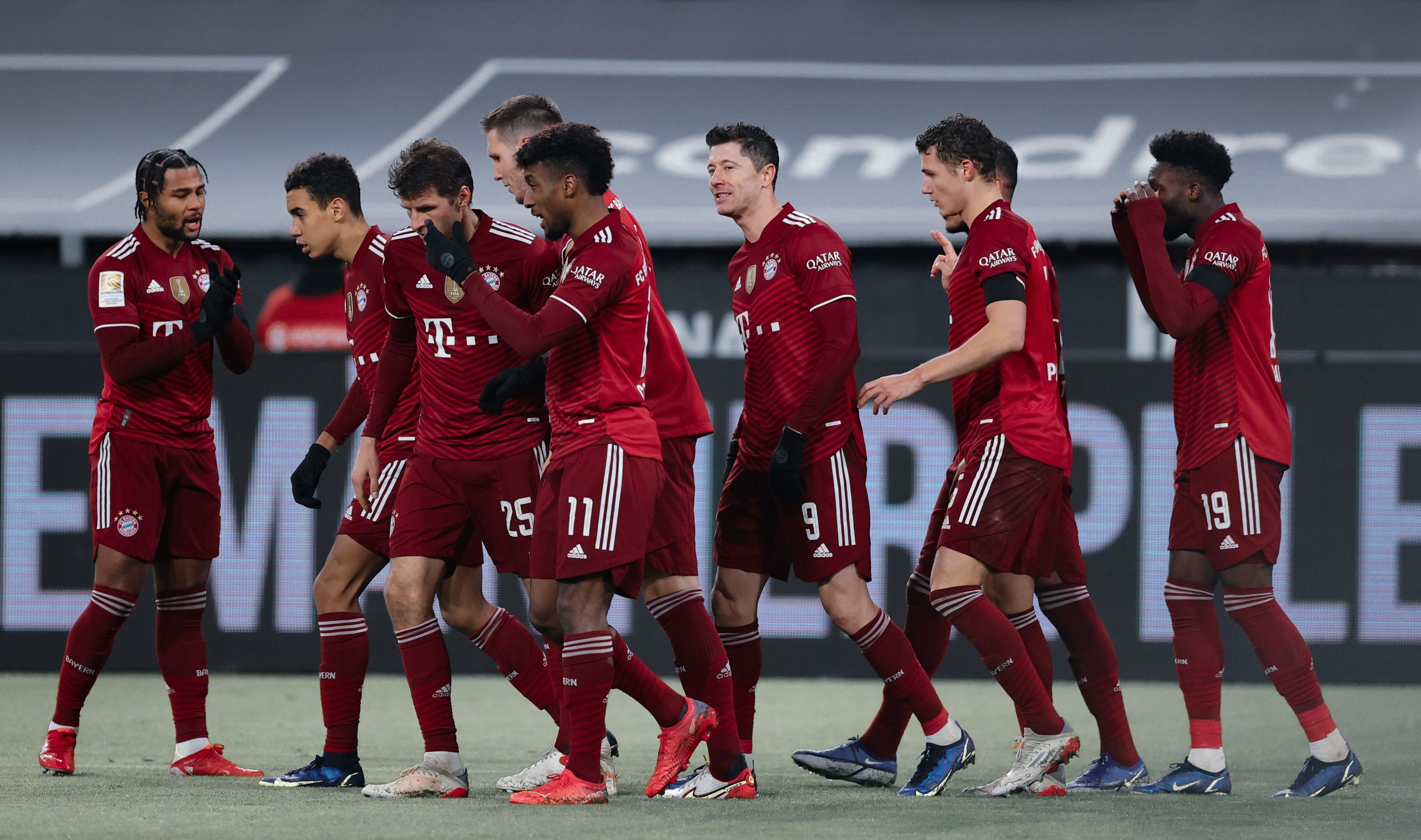 Nobody at Bayern Munich seemed to have taken Lionel Messi’s Ballon d’Or win well. While players like Alphonso Davies have mildly spoken against it, Thomas Muller seems to have revenge on his mind. Sadly, and unreasonably, against Barcelona.

The Blaugranas will travel to Allianz Arena to take on the Bavarians on the last matchday of the Champions League. The men in red will have one thing in mind — do what is in their power to send Barcelona to the Europa League for the first time since its rebranding.

Unfortunately for Barça, Bayern do not need their best lineup to do that. We take a look at how Julian Nagelsmann will structure his side on the night.

One man who will be hungry to start is Robert Lewandowski. The Pole could probably do with some rest, but he would want to make a point against Lionel Messi’s former team.

Thomas Muller will take up the attacking midfield spot in the 4-2-3-1. He picked up the man of the match award during the 8-2 game, and if his words on the Ballon d’Or are anything to go by, he’d love to replicate that night.

Serge Gnabry was deemed unfit for the Borussia Dortmund clash but came on in the second half for Leroy Sane. He is likely to start vs Barcelona, alongside Jamal Musiala on the right.

The double-pivot will feature Corentin Tolisso and Marc Roca. Joshua Kimmich is unavailable after testing positive for COVID-19, while Marcel Sabitzer is still nursing an injury. Leon Goretzka is a contender to start, but it seems he will be rested.

Niklas Sule will start in place of Lucas Hernandez, who picked up an injury against Borussia Dortmund on the weekend. While Tanguy Nianzou is in contention to start as well, it seems Dayot Upamecano will be the other centre-back screening Manuel Neuer.

Bouna Sarr is, in all probability, still out for this clash, which means Benjamin Pavard will retain his place at right-back. The other side of the back-four will be handled by Alphonso Davies.