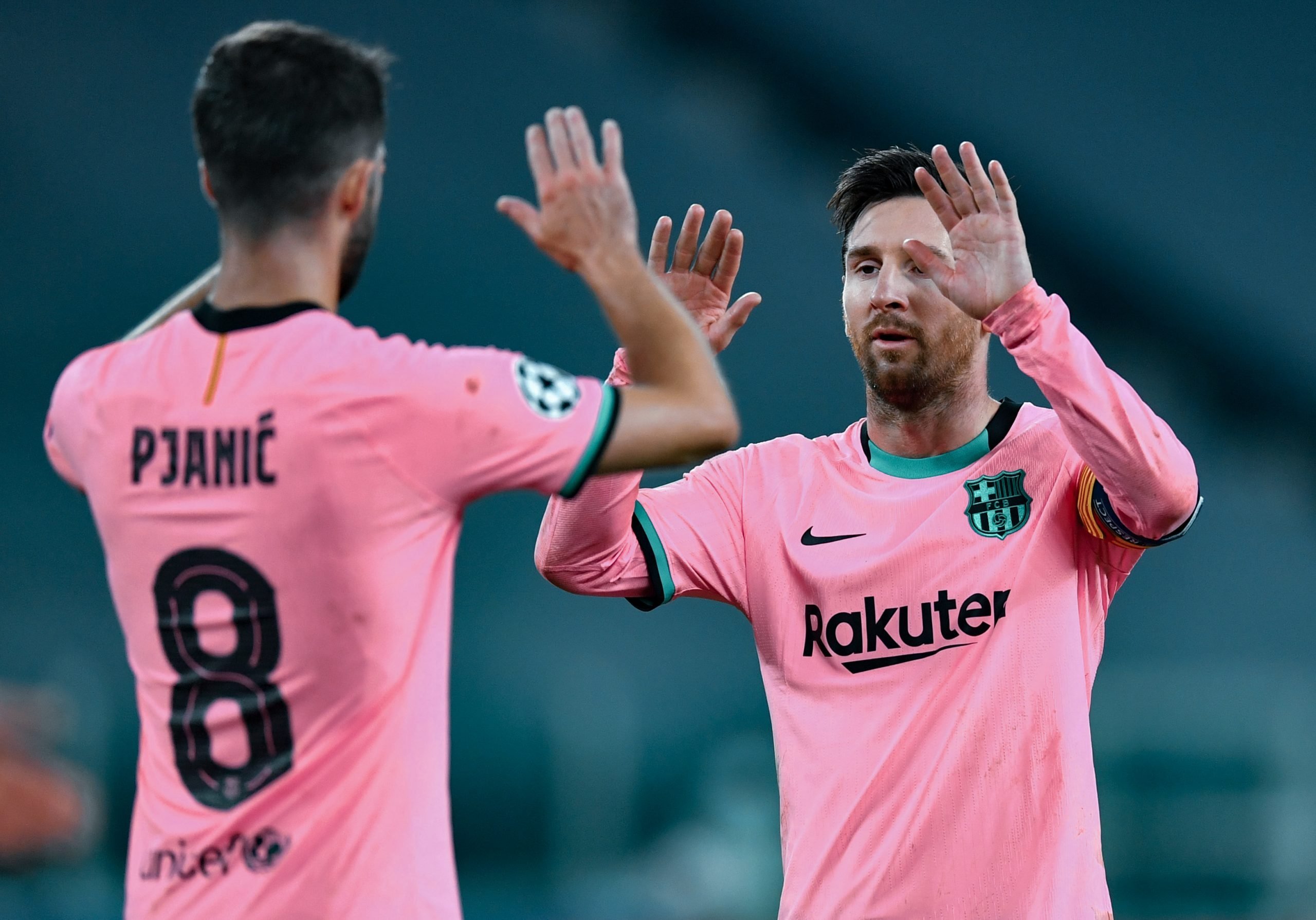 An Oasis in the middle of a desert makes a man forget his surroundings. Drowned in the bliss of the water, he is oblivious of the difficult circumstances around him. The truth only hits later, but it hits hard when it does.

The same example can be put out to football amidst the pandemic. Whilst watching hard-fought, quality games being played week in and week out, one might slip out of reality. Yet, some instances leave us taken aback and once again show us the reality. The situation around Barcelona’s next game is very similar.

Ahead of their trip to Spain, Dynamo Kyiv find themselves missing 13 first-team players. While one is suspended and three miss out through injury, nine players have tested positive for the coronavirus owing to which they will not be available.

Indeed, The number is staggering, considering that the Ukrainian team will now have to field majorly their B team players. It is indeed a wake-up call to all those who thought normalcy had returned after the pandemic. It is very much here, even in the world of football that looks so perfect from the outside.

Facing a weakened side is not what Barcelona wanted. Though it might serve as a slight respite in their congested schedule, the players would have undoubtedly preferred to play against the complete Dynamo Kyiv side.

Nevertheless, this provides the right chance for Ronald Koeman to make some rotations. With the team standing clear at the top of the group, how should the Dutchman play his cards on Wednesday?

The record of a team often provides us with an insight into what to expect from a team. However, how does one predict the gameplay of a team missing more than half of their starting XI? It is indeed very difficult to gauge. Clearly, the only aid in such a scenario is the Manager and his ideology.

Lucescu has the weight of the world on him right now. (Photo by ATTILA KISBENEDEK / AFP)

In the Champions League so far, Mircea Lucescu has lined up his troops in a similar fashion across both games, resembling a 4-3-3 on paper. The wingers in Carlos de Pena and Viktor Tsygankov played very deep with two players from central midfield pushing higher. Thus, in the attack, the team shifted to a 4-1-4-1 with an extensively crowded midfield.

Vitaliy Buiyalski and Mykola Shaparenko played wider than usual, giving the Ukrainians more control on the flanks. Additionally, their superiority in midfield has been a thorn in the oppositions foot, giving them no breathing space at the centre of the park.

In defence, the side has played a deep 4-4-1-1 with very compact lines. The central channels were often cut off, with the pressure being conservative, yet effective. More emphasis was on the central areas, almost cutting off the opposition midfield from the central attack. This thereby redirected the attacks through the wings, which was the only way to breakthrough.

However, given that Barcelona will face a much younger Dynamo Kyiv side, things will be different. Undoubtedly, the younger players will use this opportunity to play with complete freedom.

Barcelona have always been the favourites heading into this clash. Yet, with key players missing for the visitors the balance seems tilted even further. The young Kyiv players know that they have nothing to lose, and could hit Barcelona on ruthless counters. After all, it is not something new.

Flashback to a depleted Shaktar Donetsk that decimated Real Madrid, just a few weeks back. If anything, Barcelona cannot take the opposition for granted.

Ahead of Wednesday’s clash, the Catalans find themselves with a massive boost. Marc Andre ter Stegen has returned to training and could receive the medical clearance ahead of kick-off. With Neto enduring a horrid game against Alaves, could ter Stegen return to claim his starting spot?

There is a chance for the German to get his first minutes of the season on Wednesday. Yet, one feels that Koeman will take a conservative approach and not rush Barcelona’s #1. One can expect Neto to start against Dynamo Kyiv in what could be his last regular start of the season.

Yet again, Barcelona are severely depleted at the centre-back position owing to injuries. It will indeed be Gerard Pique and Clement Lenglet who start on the night. Yet, the duo will have to pull up their socks if they are to stop a young and exuberant Ukrainian attack.

Sergińo Dest was by far Barcelona’s best player in the Clasico. Yet, the youngster has not started either of the two games since. A day after his 20th birthday, he will be set to make his second start at his natural position. From a tactical standpoint, Dest’s proficiency in dribbling and his pace will be massive assets for the Blaugranas, especially given how important the wings will be for this game.

The Barcelona XI is crying out for Sergiño Dest. (Photo by David Ramos/Getty Images)

At Left-back, Jordi Alba will see his third start since his return from injury. Given Junior Firpo’s exclusion so far in the season, there are hardly, if any doubts as to who will start.

In midfield, Miralem Pjanic alongside Frenkie de Jong would be the ideal pairing. While the Dutchman has not had the best starts to the season, his versatility has been highly valued by Koeman. After a rough start, Pjanic too has a tremendous impact in the last Champions League game for the Blaugranas.

The most crucial decision for Koeman on the night will be the wing players. They will not only have to serve as the principal source of attack but also the first line of defence. Ansu Fati will hold his own on the left. His pro-activeness has been the reservoir for goals in a team that has struggled in front of goal.

On the right-wing, it would be an ideal time to start Fransisco Trincão. Koeman will vary of starting Ousmane Dembele for three games in a row, and this could pave the way for the Portuguese international. He has proved relatively more comfortable at buildup, and it could prove valuable against Kyiv’s low block.

As the attacking midfielder, Pedri could return to the starting XI. This game could serve as the perfect time to rest Lionel Messi amidst a hectic season. He has not been at his best in front of goal, and a day off could do him a world of good.

Pedri has proved a steal at a bargain price, and his profile would be perfect to orchestrate the attack at the Camp Nou. As the centre-forward, Antoine Griezmann would be the natural option. Indeed, after scoring his first goal of the season, the Frenchman will be keen to convert it into a streak.