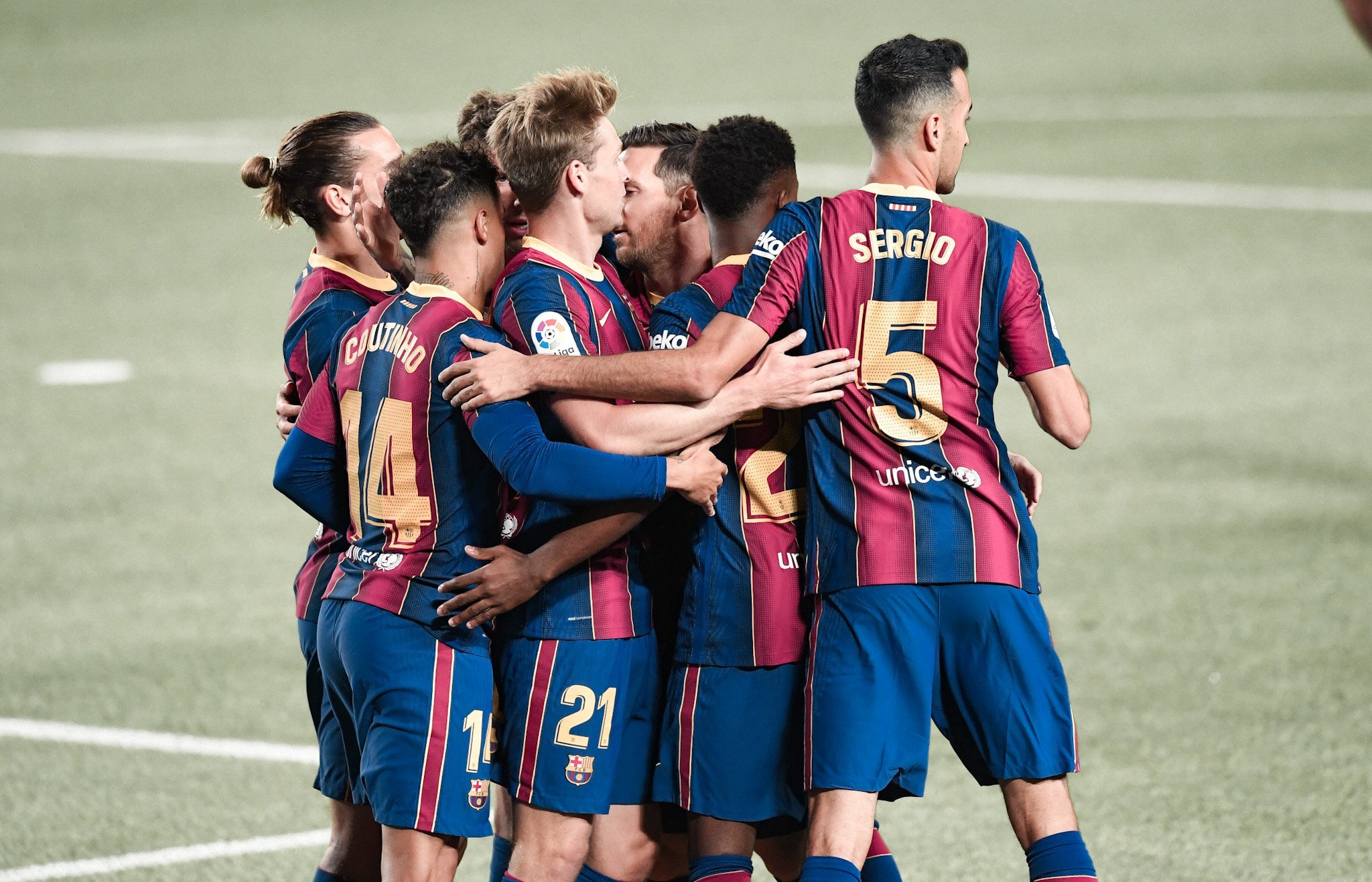 Champions League is back once again, as Barcelona turn hosts this time. The Camp Nou welcomes the Ukrainian runner-ups Dynamo Kyiv for the third matchday of the season. Here’s the preview of the match between Barcelona and Dynamo Kyiv.

Barcelona return to action once again in the space of three days. The Catalans escape the winless run of La Liga to enter the winning stage of the UCL. The Champions League group G is perfectly poised for Barça to top the table. With two wins in two games, the Blaugranas have a three-point lead at the top with an adequate goal difference.

Ronald Koeman‘s side host a COVID-19 plagued Dynamo Kyiv side at the Camp Nou. The visitors have one point from the two games this season, drawing against Ferencváros by giving away a two-nil half-time lead. With almost nine players sidelined due to the Coronavirus infection, the Ukrainian side face an immense hurdle ahead.

The game was labelled a doubt till today has been given the clearance to go ahead as scheduled after the remaining squad of the capital outfit tested negative for the virus.

❗All the Kyiv players who took the PCR test today tested negative for coronavirus. The game will take place tomorrow. [rac1]

The hosts come into this game on the back of a draw away at Deportivo Alavés which ended a goal apiece. After an impressive performance in Turin, Culés expected the Catalans to get back to winning ways in La Liga. But, the lack of finishing touch and a moment of mishap cost the team the two more points. However, they will look to extend their winning run in this competition at least.

The visitors come into this game on a winning note in their league. After going behind in the 22nd minute, Dynamo Kyiv scored twice before the half-time to complete the comeback. Despite their player absences, they remain unbeaten, and top of the Ukrainian Premier League. They will look forward to changing their fortunes in this tournament.

Every time Ronald Koeman’s Barcelona take a step forward, they seem to instantly move a step behind. After each of the two impressive wins in the Champions League, their returning game in the league was a disappointment. While creating chances has not been a big problem, converting them has been. Without a natural striker in place, there is no focal point in attack, and no one else takes shots positively.

“Our goal tomorrow is to play good football and create a good amount of chances with converting.”

The lack of quality shots has been the reason for Barça’s less-than-impressive display against the underdogs who take their chances. None of the players boldly shoot and always look for a pass, even inside the box. This results in over-complication and the opponents crowding and reducing shooting angles. The Dutchman would want his team to have a go at goal, once in sight, to bring back the mojo.

Gerard Piqué is back in action after serving his suspension and will partner Clément Lenglet in defence. Jordi Alba will continue at left-back with Sergiño Dest back in the starting eleven. Marc-André ter Stegen is yet to get his medical green-light but is a possibility for the game. Young Pedri should be back in the eleven after sitting out last time with a chance to rest one or two senior players.

Mircea Lucescu is one of the most experienced coaches in the UEFA Champions League. With over 100 matches under his belt, the Romanian is seasoned and currently the oldest to manage in the competition.

He took over the Ukrainian side only this summer, with no shortage of controversy. Lucescu’s former connection with rivals Shakhtar Donetsk caused outrage among the fans with him almost coming to the verge of resigning.

However, the club and the manager patched things up, and the 75-year-old has been there for almost six months now. One of the most decorated coaches in the country, Dynamo Kyiv would expect him to lead them to the summit again.

With the lack of personnel, it is quite difficult for the manager to implement his ideas. The team prefers to play short and quick passes but are not afraid to play one behind the opposition backline. A squad of relatively young players, they are one of the most exciting sides in the country. They are however prone to a few mistakes at the back which costed them during their last game in the UCL.

? — Koeman: “Ter Stegen trained with the group and he is feeling great. He will train with us tomorrow, and we will see if he can make the squad list or not.”

With more than ten players missing for the visitors, it is understandably hard for them to come to the Camp Nou, and give a fight against Barça. However, knowing the veteran Mircea Lucescu, Dynamo Kyiv will give their best no matter what. For Barcelona, this game should be a chance to get back to winning ways and hopefully extend their lead at the top of the group.