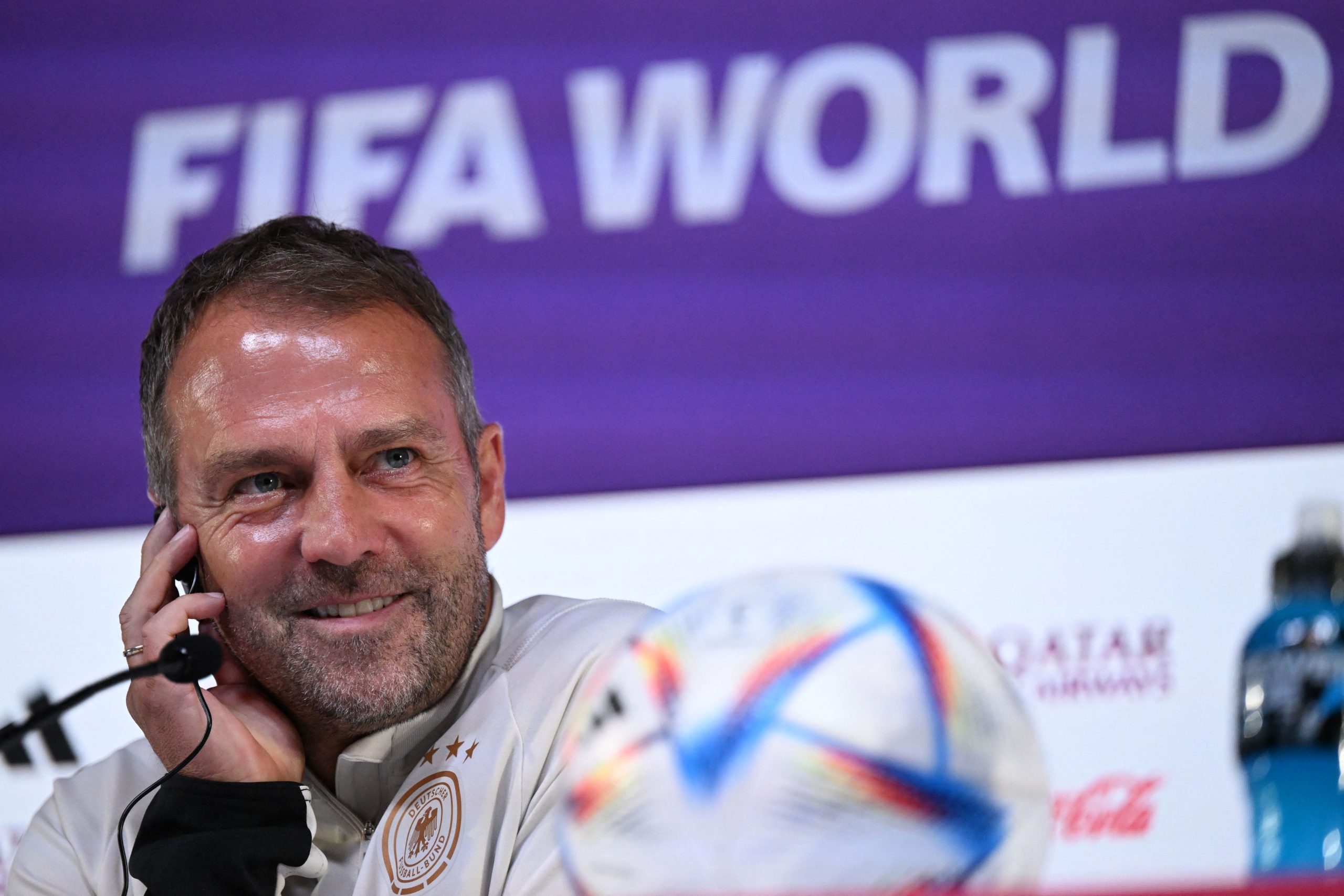 Undoubtedly the 2022 FIFA World Cup’s most anticipated game so far goes ahead tomorrow as Spain take on Germany in the second round of Group E.

Currently, Spain are in far better position than their German counterparts, after registering a 7-0 win over Costa Rica.

Hansi Flick’s side, on the other hand, were shocked by Japan, who came back from behind to take home a 1-2 win.

Flick spoke about the game during his pre-game press conference, showering some very well-deserved praise for Spanish duo Gavi and Pedri.

“The quality that Gavi and Pedri have at such a young age is fantastic. They have developed very well at Barcelona in the last two years and now they have found a place in the national team,” he said.

Both Gavi and Pedri were top performers for Spain in their win against Costa Rica, with the former even scoring a goal in the game. Unsurprisingly, he has had a lot of plaudits come his way following that display, with Luis Enrique also speaking highly of him.

Flick also talked about Sergio Busquets’ importance to the system saying, “They have Busquets behind them as protection. That works well.”

Tomorrow’s encounter sees two treble-winning coaches go head-to-head, and the German manager held Enrique in high regard ahead of it.

“I admire Luis Enrique very much. He has put together a young team with incredible quality,” he said.

“Unfortunately, my favorite player Thiago is not there but you can tell how good they are with Busquets being the heart of their team. We are really looking forward to the match.”